POLICE found 46 migrants dead and rescued 16 others in San Antonio on Monday after a cry for help led officers to "stacks of bodies."

Four children were among those rushed to local hospitals after the horrifying discovery in the back of a semi-truck in Texas. 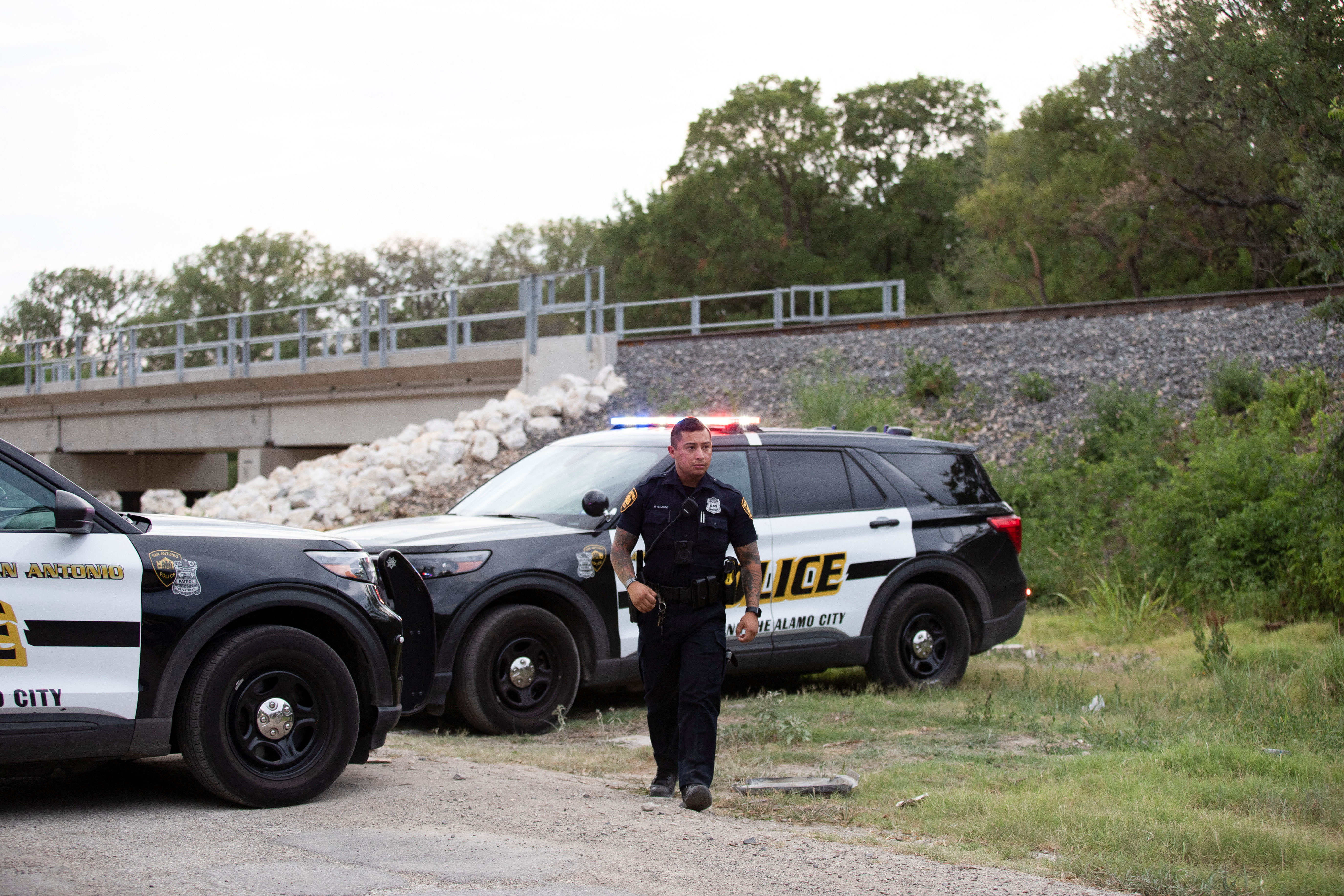 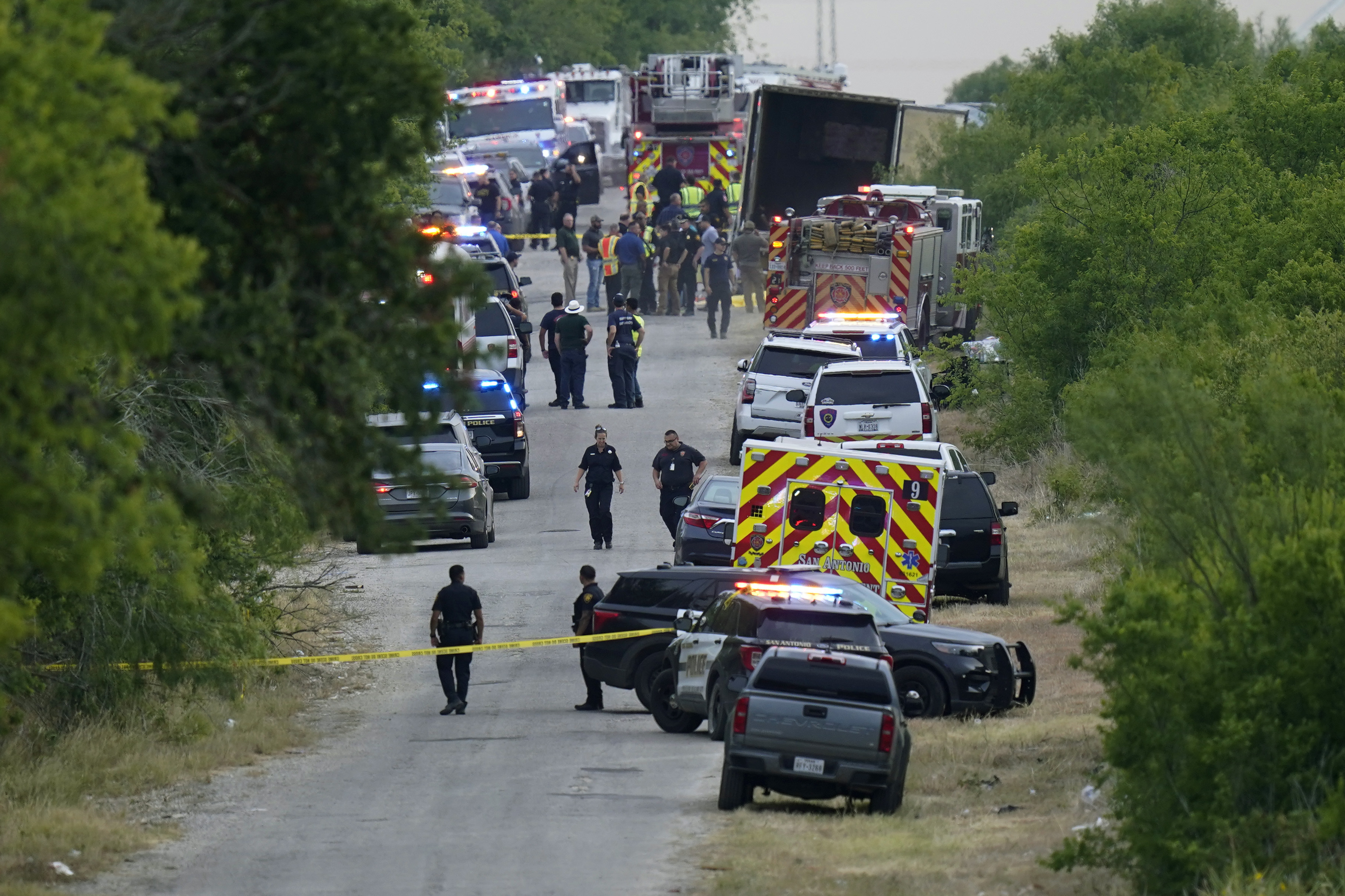 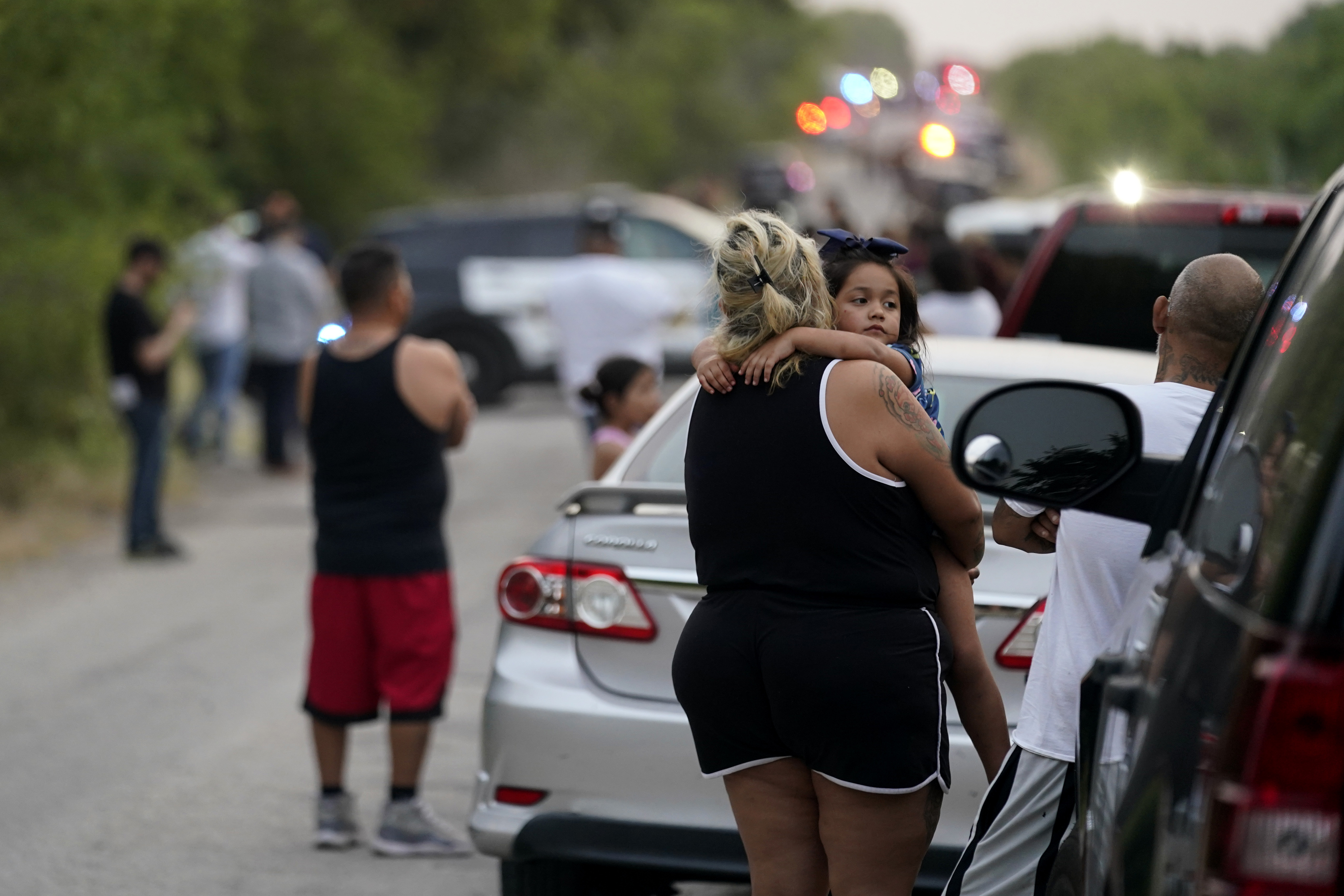 Forty-six people were found dead inside the tractor-trailer on the southwest side of San Antonio, Texas, Lackland Air Force Base, the San Antonio Police Department said in a Monday night press conference.

The people were found after a worker heard a cry for help – leading to "stacks of bodies" being found inside the tractor-trailer, SAPD said.

Three people were taken into custody following the deadly discovery, but it is unclear if they are "absolutely connected to this or not," SAPD Chief William McManus said.

The 18-wheeler was located on the 9600 block of Quintana Road, near New Laredo Highway. 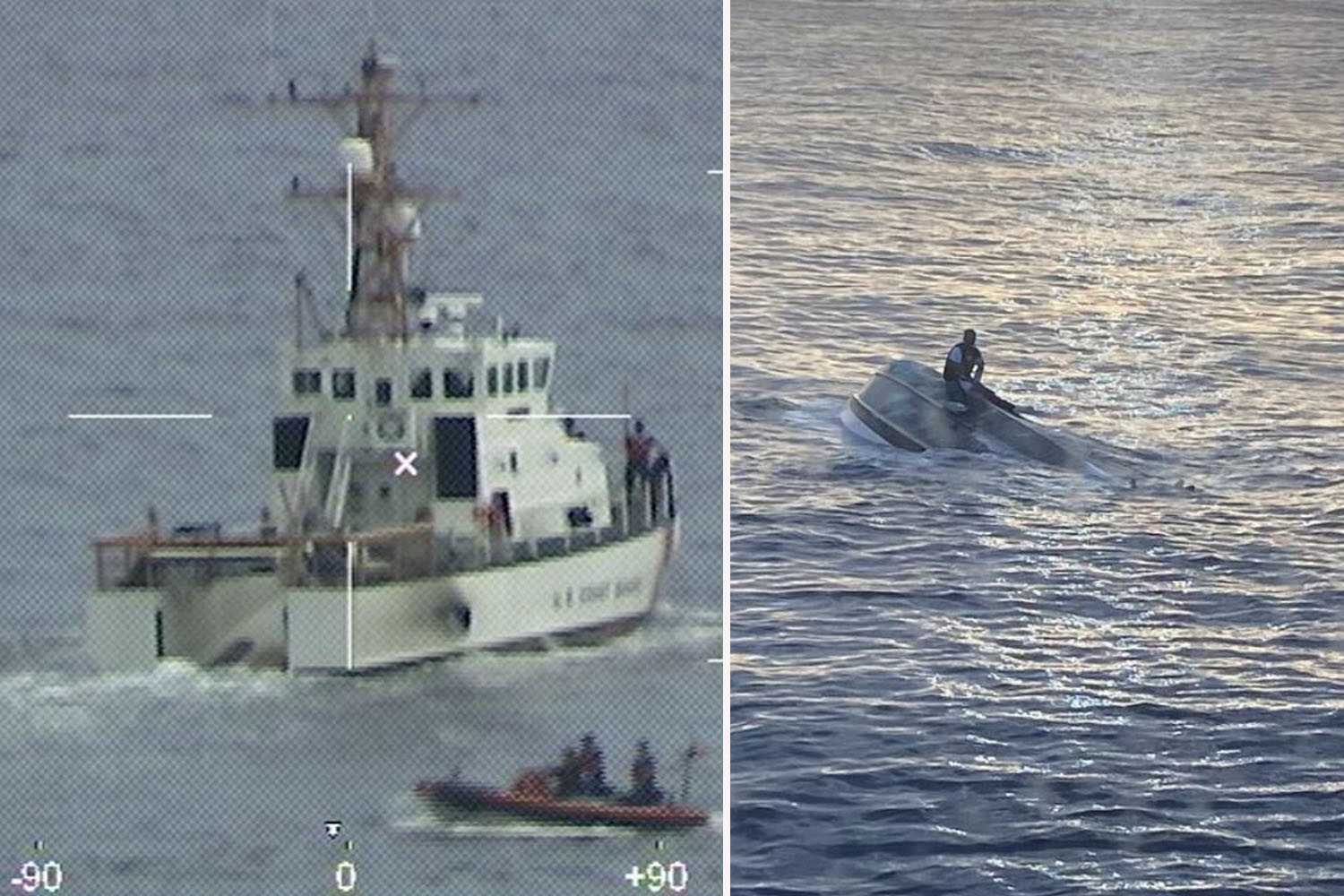 Police said the 46 bodies were triaged and 16 additional people – 12 adults and four pediatric – were discovered conscious and transported to nearby hospitals.

Hospital transports began at 6.07pm and the 16 people rescued are currently "fighting for their lives in the hospital."

"The patients that we saw were hot to the touch … no signs of water in the vehicle or visible working AC inside," an official said.

A federal investigation is now underway and first responders who found the bodies in the truck are receiving counseling.

In the wake of the discovery, San Antonio Mayor Ron Nirenberg said: "Flight of migrants seeking refuge is always a humanitarian crisis.

According to The Texas Tribune, the shocking find was made near the intersection of Cassin Drive and Quintana Road.

An investigation was underway at the scene after an 18-wheeler was discovered with undocumented migrants inside, News 4 San Antonio explains.

SAPD officers were searching the nearby surroundings for the truck's driver, who appeared to abandon the tractor-trailer prior to authorities locating it, according to The New York Times.

Helicopter footage showed police vehicles, ambulances, and fire trucks on the scene as it appears an investigation is underway.

Footage from near the scene was shared on Twitter by KSAT's Leigh Waldman, who wrote: "In route to a possible human smuggling case off of Quintana Rd on the South/Southeast side."

A follow-up image shared by the reporter showed a San Antonio Fire Department's Mass Casualty Evacuation Ambulance nearby the semi-truck.

"We spoke with neighbors in the area," Waldman said in another tweet.

"They’re shocked and horrified, telling us that people come here for a better life and to work and this is the reality they’re met with."

Border patrol officers arrived at the scene, which was located alongside railroad tracks, at around 8pm on Monday.

KSAT's Patty Santos shared a photo on Twitter of first responders "walking along the railroad tracks with thermal imaging cameras looking for people in the woods nearby."

Speaking to CBS affiliate KENS 5, Antonio Fernandez, CEO of Catholic Charities, said: "We know that a lot of people have been taken to the hospitals.

"We're just trying to collect as much information as possible and see how we can help the people who survived.

"I'm not really sure those people are going to need a place to sleep tonight, or what is going to happen. We're just trying to find out as much information as we can help them."

This may be one of the deadliest incidents involving migrants attempting to cross into the US from Mexico in recent decades.

In 2017, 10 migrants died after being trapped inside a parked truck at a Walmart in San Antonio.

In a similar situation in 2003, 19 migrants were found in a heated truck southeast of San Antonio. 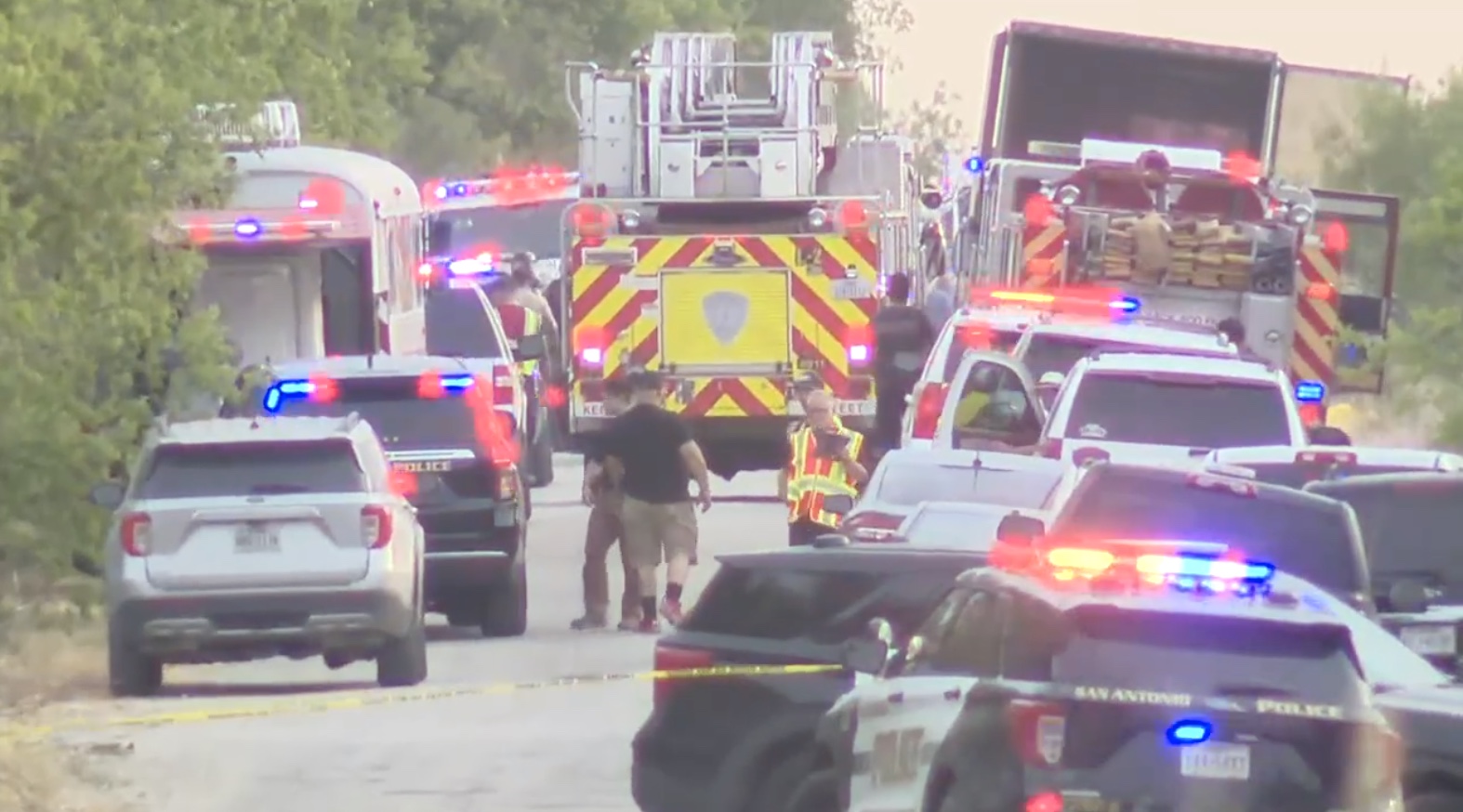 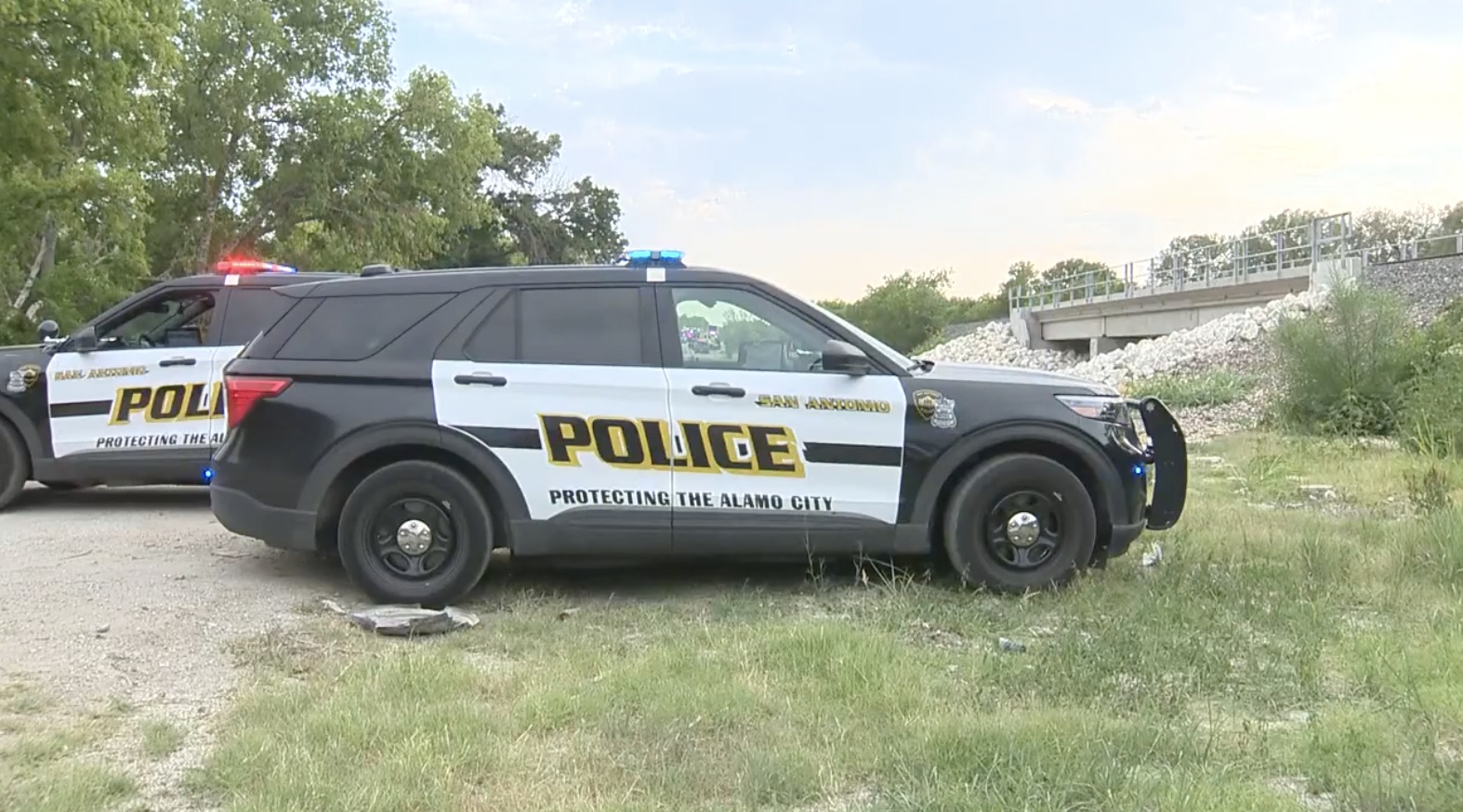 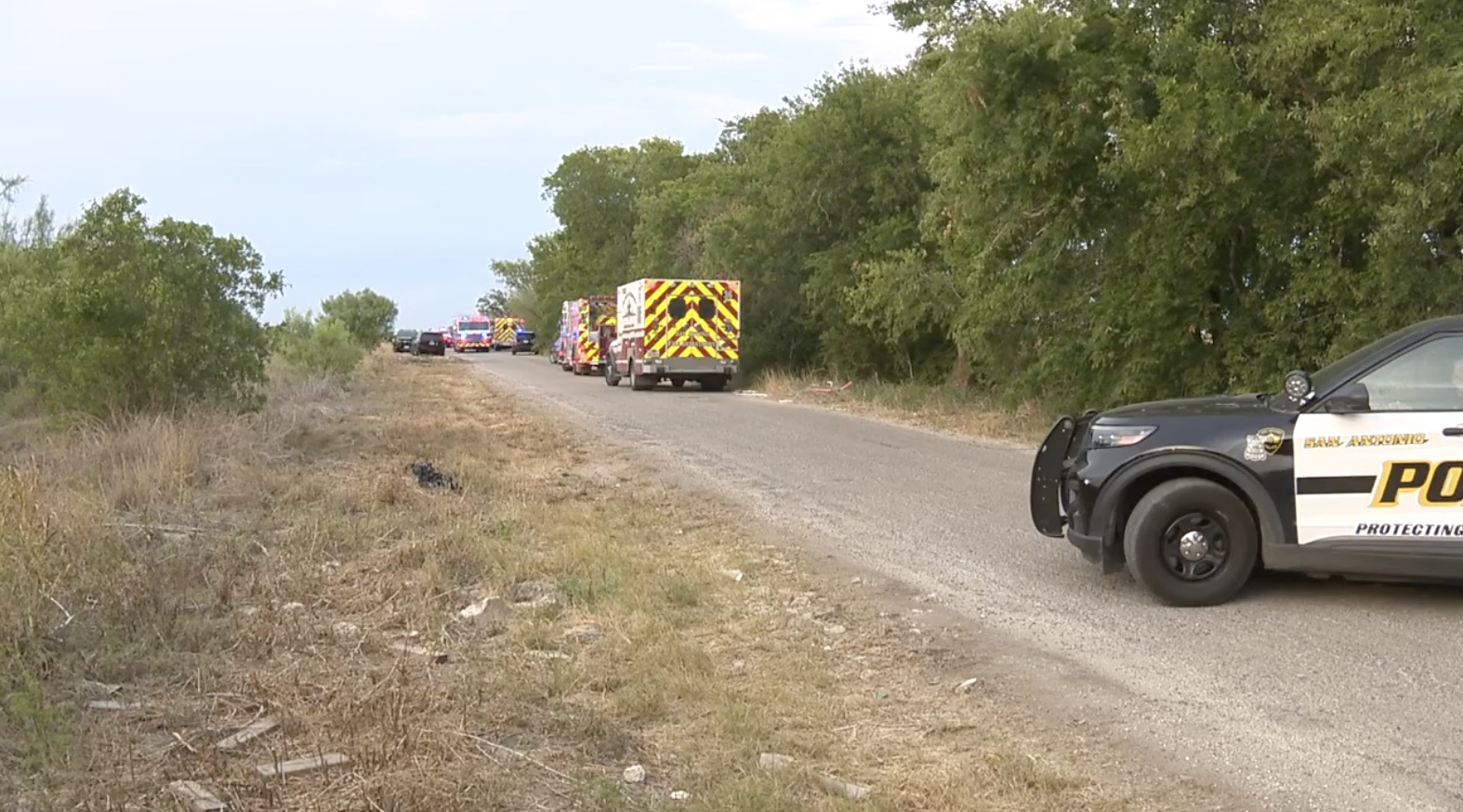 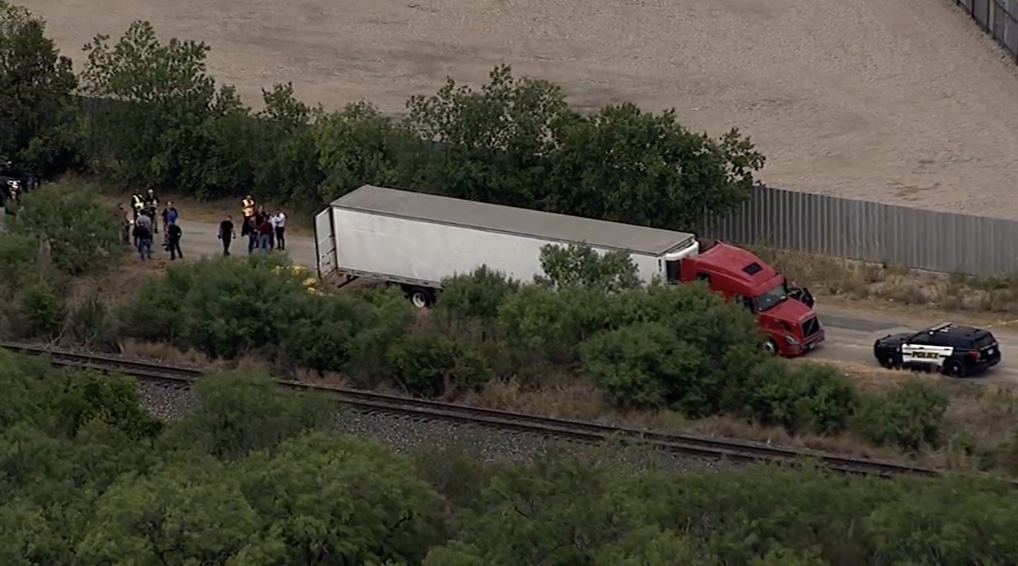 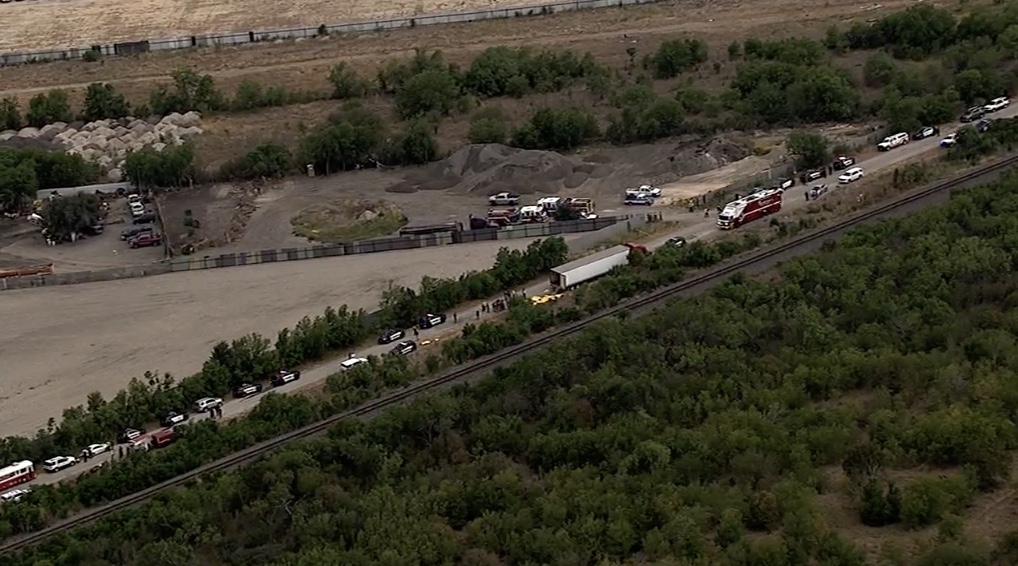