A farcical waste of time: After four months, £460,000 and only one fine for Boris Johnson, the Partygate inquiry has revealed the Met’s warped priorities

Scotland Yard’s £460,000 Partygate probe was branded an ‘outrageous’ waste of resources last night after it ended abruptly with no more fines for Boris Johnson.

The Prime Minister’s opponents had suggested he would be hit with a string of penalty notices over lockdown gatherings at No 10.

But he faces no further sanctions despite a dozen detectives investigating at a cost of around £460,000 – all when crime in London is soaring.

The probe concluded with 126 fines being handed to 83 individuals. Mr Johnson received a £50 penalty for attending a gathering to mark his 56th birthday. 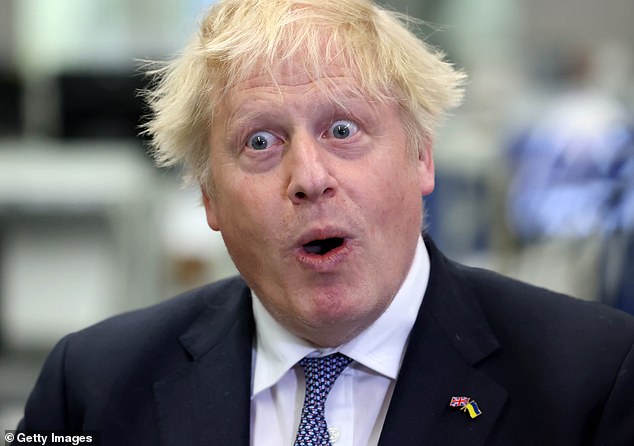 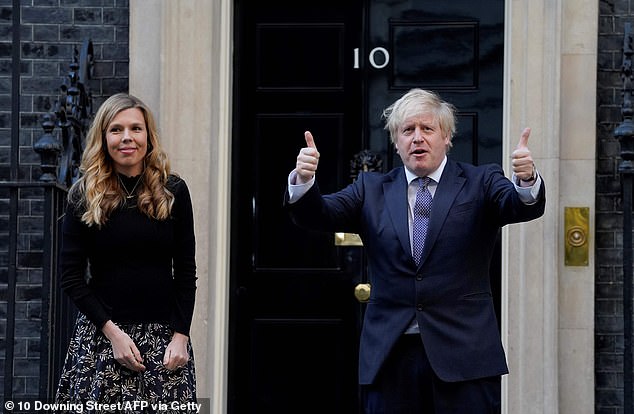 At least one Conservative MP who had submitted a letter of no confidence in the Prime Minister’s leadership has now withdrawn it, it is understood.

Mr Johnson’s allies last night declared ‘the public wants to move on’ in the face of ‘bigger issues’ such as the cost of living crisis and the war in Ukraine.

The ‘appalling’ use of police time for the Partygate probe was condemned by a senior London Assembly member;

Figures showed that since the inquiry was launched by detectives in January, 276,837 crimes have been reported in the capital, including 72,398 thefts and 8,176 sex offences;

No 10 is braced for further damaging revelations next week with the publication of a report by senior civil servant Sue Gray setting out what happened at the lockdown-busting gatherings across Whitehall;

Sources said there would be surprising details in her dossier that provoke an ‘Oh Lord!’ reaction as they have stayed secret until now.

Downing Street insisted last night that Mr Johnson was ‘focused on the issues that affect the public’.

He had just come off the phone from a call with Ukrainian president Volodymyr Zelensky when he found out yesterday morning that he would not receive any more fines. He spent much of the rest of the day in meetings on how to tackle the cost of living crisis.

Conor Burns, a Northern Ireland minister, last night argued there was a ‘degree of fatigue’ over Partygate ‘among people who are facing some real challenges in their lives in terms of the cost of living’. 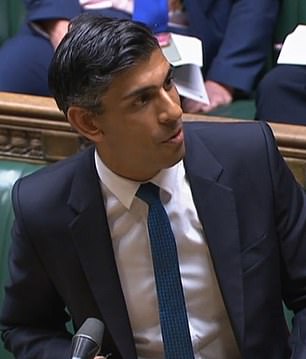 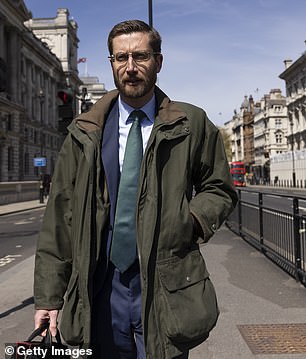 Rishi Sunak was also fined over the June 2020 birthday bash, but it is not yet known whether Cabinet Secretary Simon Case (right) is in the clear

He told BBC Radio 4’s PM programme that Mr Johnson and his Downing Street team were ‘totally now focused on getting on with delivering for the things that really matter to the British people in their day-to-day life’.

Policing minister Kit Malthouse added: ‘My sense now is that the public wants to move on and see the Government deal with bigger issues like the war in Ukraine, the NHS backlog and the cost of living crisis. These are the issues people want handled now.’

Sir Charles Walker, the vice-chairman of the Conservative Party’s backbench 1922 committee, who had previously suggested Mr Johnson should go, said he now believed he had been ‘wrong’.

She said: ‘They spent all of that money which is outrageous when we have soaring crime rates, including rape figures that are absolutely dreadful. It is just appalling.’

She added: ‘The parties were wrong, but to investigate people stood around a sodding cake as opposed to those committing rape, that is where police resources should be spent.’

Mr Johnson, his wife Carrie and Chancellor Rishi Sunak were among those fined for attending a brief gathering in the Cabinet Room in June 2020 to mark the PM’s birthday.

The PM was there for just nine minutes and a birthday cake brought by an aide apparently did not even leave its Tupperware box.

It is understood that Mrs Johnson and Mr Sunak were told yesterday they would not face any further penalty notices.

Asked yesterday whether Mr Johnson was relieved by the outcome of the inquiry, his spokesman responded: ‘He’s pleased the investigation’s concluded but at no point has it distracted him from the important issues facing the country.’ 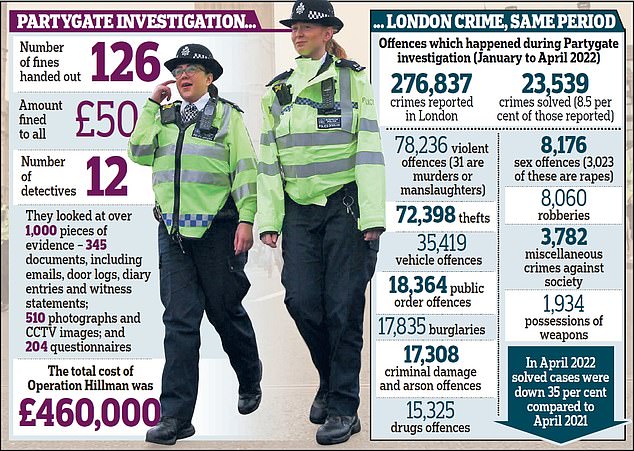 Police faced a backlash last night over the £460K cost of the Partygate probe Across the UK, 126 fines were issued to 83 individuals after a four-month probe

The conclusion of the police investigation paves the way for the publication of Miss Gray’s report, which is likely to come on either Tuesday or Wednesday next week.

The Commons privileges committee is also set to launch an inquiry into whether Mr Johnson misled parliament over the saga. But it is unlikely to report before September. Labour leader Sir Keir Starmer, who is currently waiting to find out if he will be fined by Durham Police over a beer and curry last year, yesterday repeated his call for Mr Johnson to resign, for setting a culture of ‘industrial-scale law-breaking’ in No 10.

Mr Johnson, who was not seen in public yesterday, is expected to be asked about the investigation during a visit later today.

Sources said he would argue the Government ‘needs more than ever to get on with delivering for the public’.

Downing Street confirmed that the Prime Minister would ‘talk in more detail’ after Miss Gray’s report is published next week.

Hours after Scotland Yard announced it had concluded the Partygate inquiry, the Cabinet Office informed staff that units responsible for economic affairs, national security and intelligence were being moved into a new ‘office of the Prime Minister’.