Home » World News » ‘A shining star’: Rallies for Cassius Turvey to be held across the globe

‘A shining star’: Rallies for Cassius Turvey to be held across the globe

WARNING: Aboriginal and Torres Strait Islander readers are advised that the following story contains images of a deceased person.

A speech written by the mother of Cassius Turvey, the 15-year-old Indigenous boy who was allegedly murdered in Perth, will be read out at 44 rallies for justice that will take place across the country and overseas on Wednesday.

The “heartfelt statement” from Mechelle Turvey calls on governments to invest in eliminating youth violence. 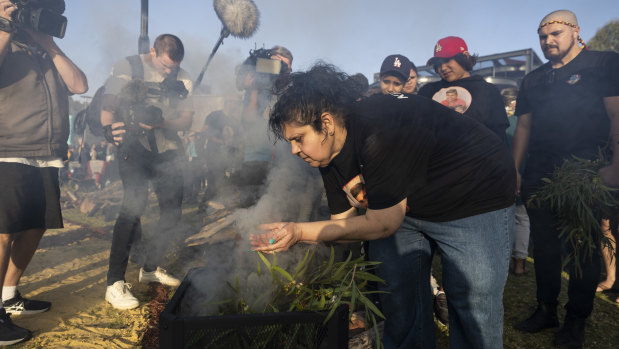 Mechelle Turvey takes part in the smoking ceremony at a vigil for her son.Credit:Matt Jelonek/Getty Images

“I don’t want any more violence, I am the only person who can get justice for my son; stand alongside me, and I appreciate everyone, but I need to call out for calm, I am angry, Cassius’ friends and family are angry, I don’t want any form of violence at any of these rallies in the name of my child. Violence breeds violence, I want calm and peace,” she wrote.

In the statement Turvey criticised the police response, revealing there was no contact with her from police in the days following the alleged attack, and before Cassius died.

“A complete statement was not taken by the police from Cassius after the violent attack and there was no contact with me, his mother. Why? It takes the loss of a loved one to get proper duty of care, an investigation,” she wrote.

She said the vital statement from the victim in this case was forever incomplete: “Cassius was talking in the hospital and [they should have] taken his full statement but never did.”

Rallies organiser Megan Krakouer said this would be the biggest day of national action on racism for a long time and the movement showed the compassion of people across Australia.

She said the events were about togetherness and solidarity, and she hoped laws in relation to hate crimes, discrimination and racism would be tightened as a result of the show of support.

“What’s happened with young Cassius – [may he] rest in peace – impacts on black, white and brown people right across the country, especially the most marginalised and vulnerable,” she said.

“It’s all very well for the PM to say heartfelt, kind words but that will mean nothing unless there are tangible outcomes that can benefit the most marginalised and vulnerable victims of crime who are being subjected to this type of harm.”

Krakouer said Mechelle Turvey and her family appreciated the rallies, protests and vigils.

“She is strongly moved and she did not expect so much interest … [for] remote communities, smaller towns, larger towns, cities and LA to come on board in support of her son,” she said.

Vigils and rallies will be held in each Australian state, New Zealand and even America, for the boy who was allegedly beaten with a metal pole while he was walking home from school.

But while the alleged murder was deemed racially motivated by Prime Minister Anthony Albanese, Cassius’s mother Mechelle Turvey has urged people not to use her son’s death to start a race war.

She spoke to ABC Radio Melbourne and said that the gatherings held so far for her son had been “overwhelming and quite beautiful”.

“All the support that has been shown to the family and also Cassius’ friends, as well, has been a great tool for healing,” she said.

“Last night, I was sitting around the memorial tree that’s been set up for my son and a young man, white fella, came and sat by the tree.

“I said, ‘did you know my son?’ And he said, ‘No, but I lost my best friend, he was murdered, and I don’t live anywhere near you. But I’ve come here to think of him and to think of your son together’. 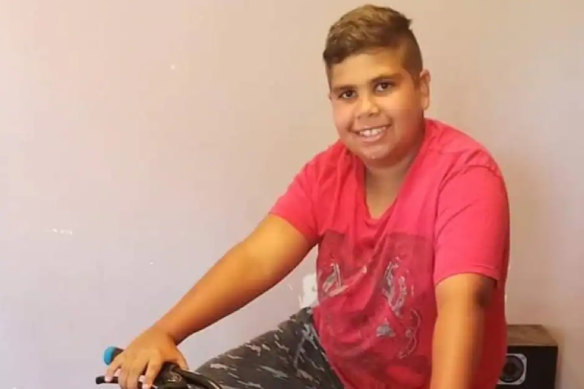 Cassius Turvey was 15 years old. His mother has approved the use of this image.

Speaking to Radio 6PR in Perth on Wednesday, WA Police Commissioner Col Blanch said he had privately spoken with Ms Turvey and that she was a lovely person and exceptionally strong.

Police were exploring all options for charges, working closely with the Director of Public Prosecutions on the investigation and were “throwing everything we have at it.”

“I came away very, very impressed by Mechelle and her strengths and I think we can all take something away from that because they’re a beautiful family,” he said.

“They have used a massive tragedy to unite our community and focus on what’s important.

“This is clearly of high public interest, a massive tragedy for our community, and it’s something that I think we all felt in our hearts.”