THE price of the USA's most expensive home has been SLASHED as the 21-bed Bel Air mega mansion with five pools, a moat, a bowling alley and a beauty salon is on the market for $205million less than a year ago.

Millions of dollars have been spent expanding "The One" with the developer originally hoping to net $500million for it – but now it is still unfinished and has been put on the market due to bankruptcy. 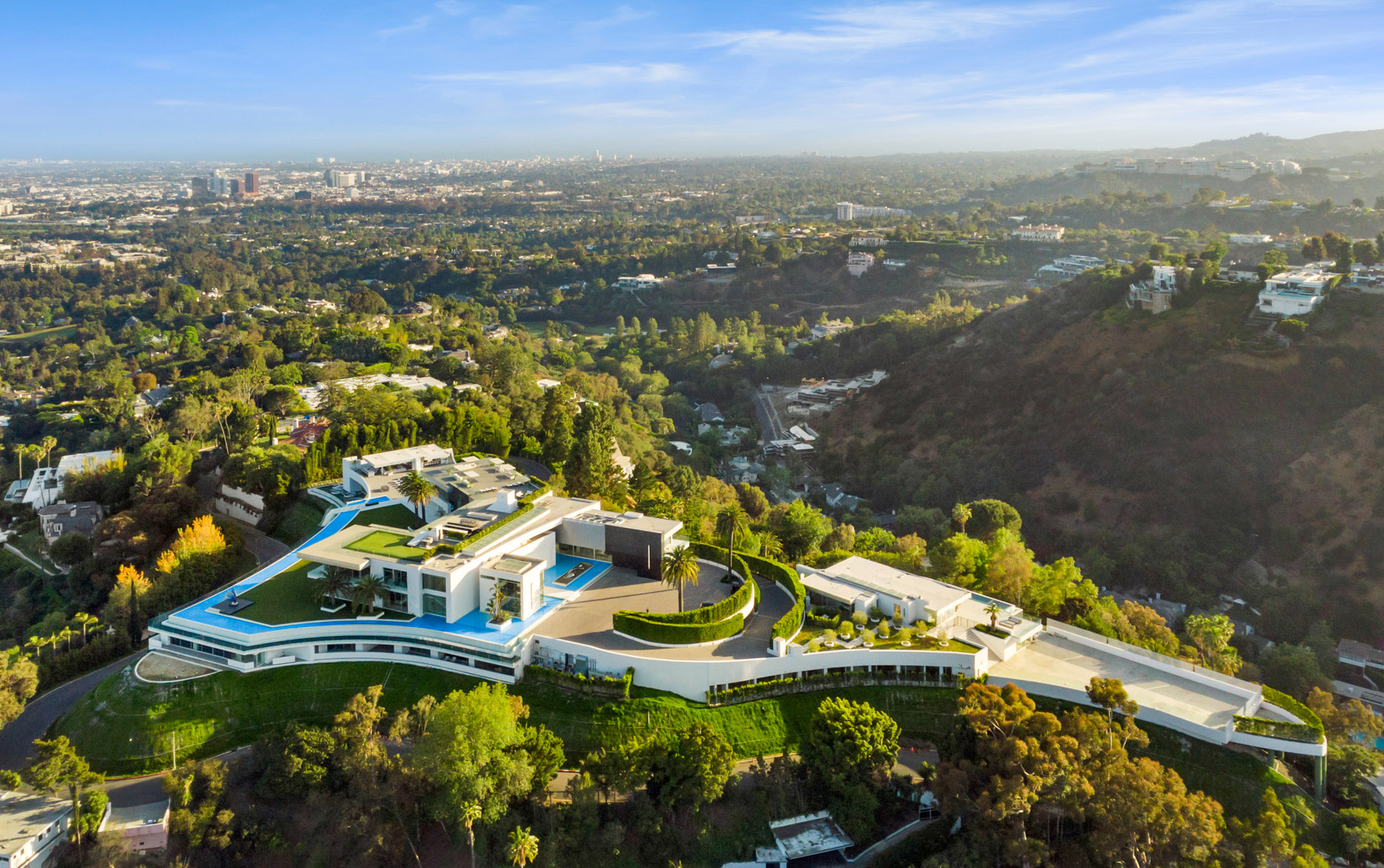 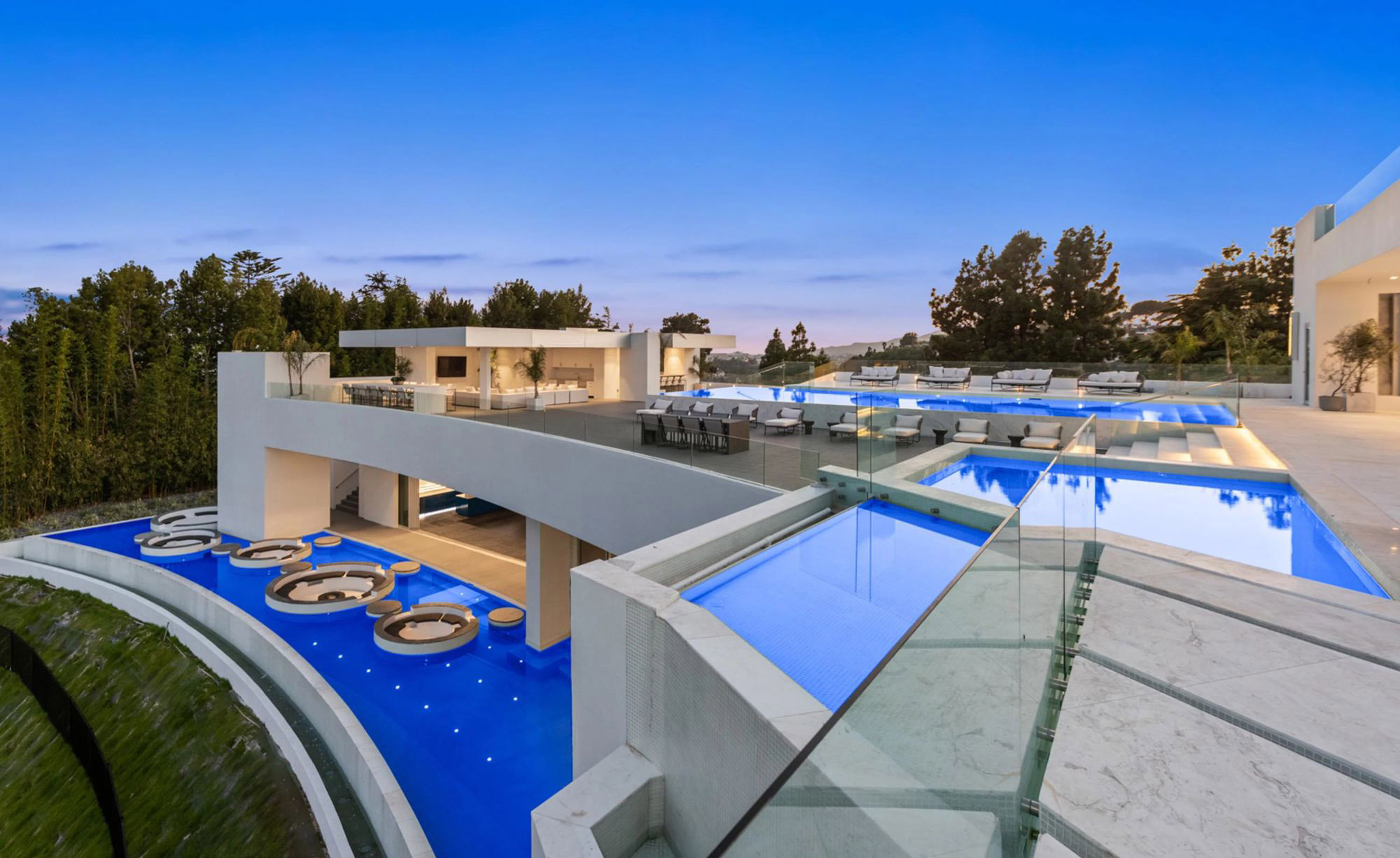 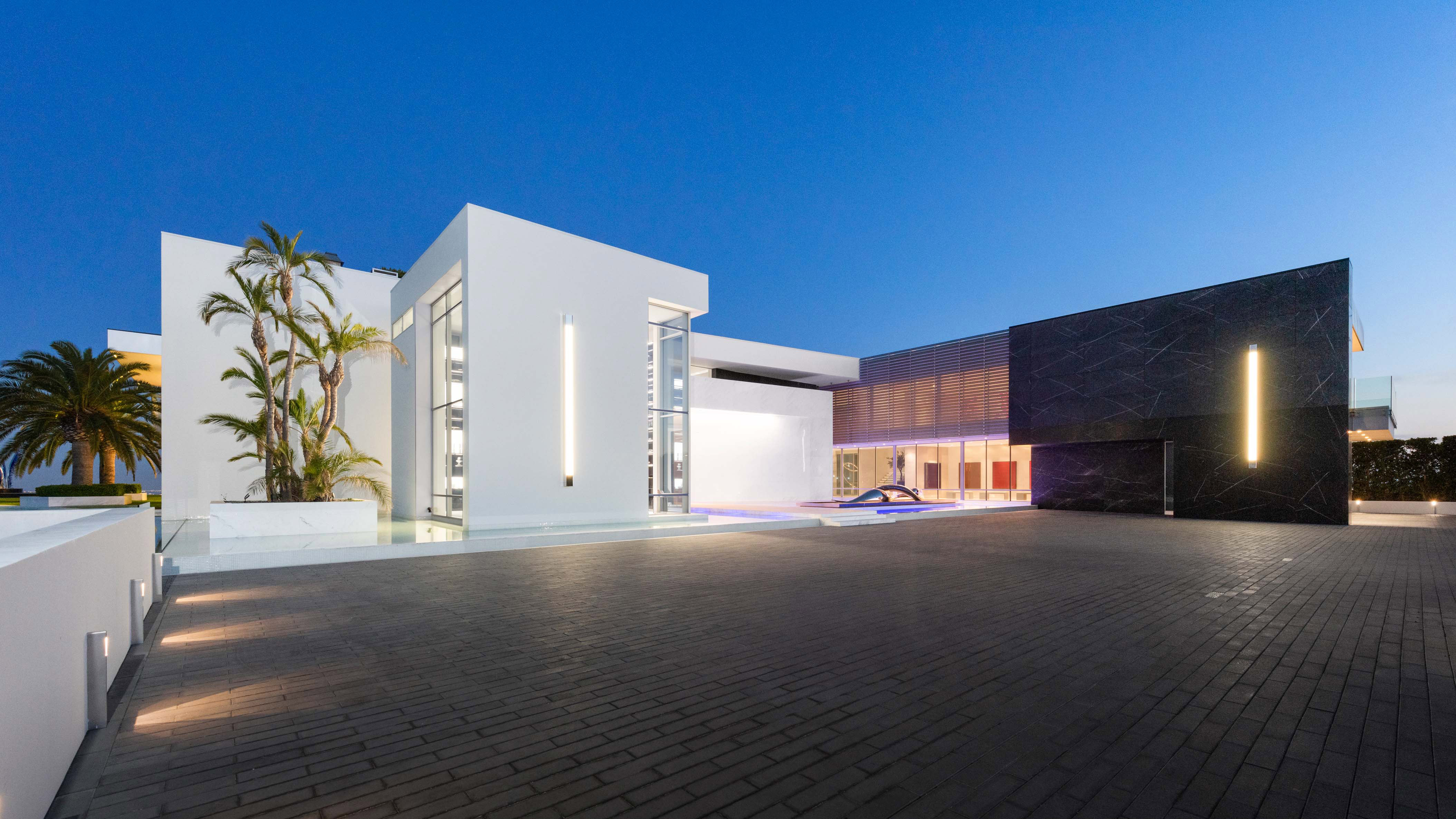 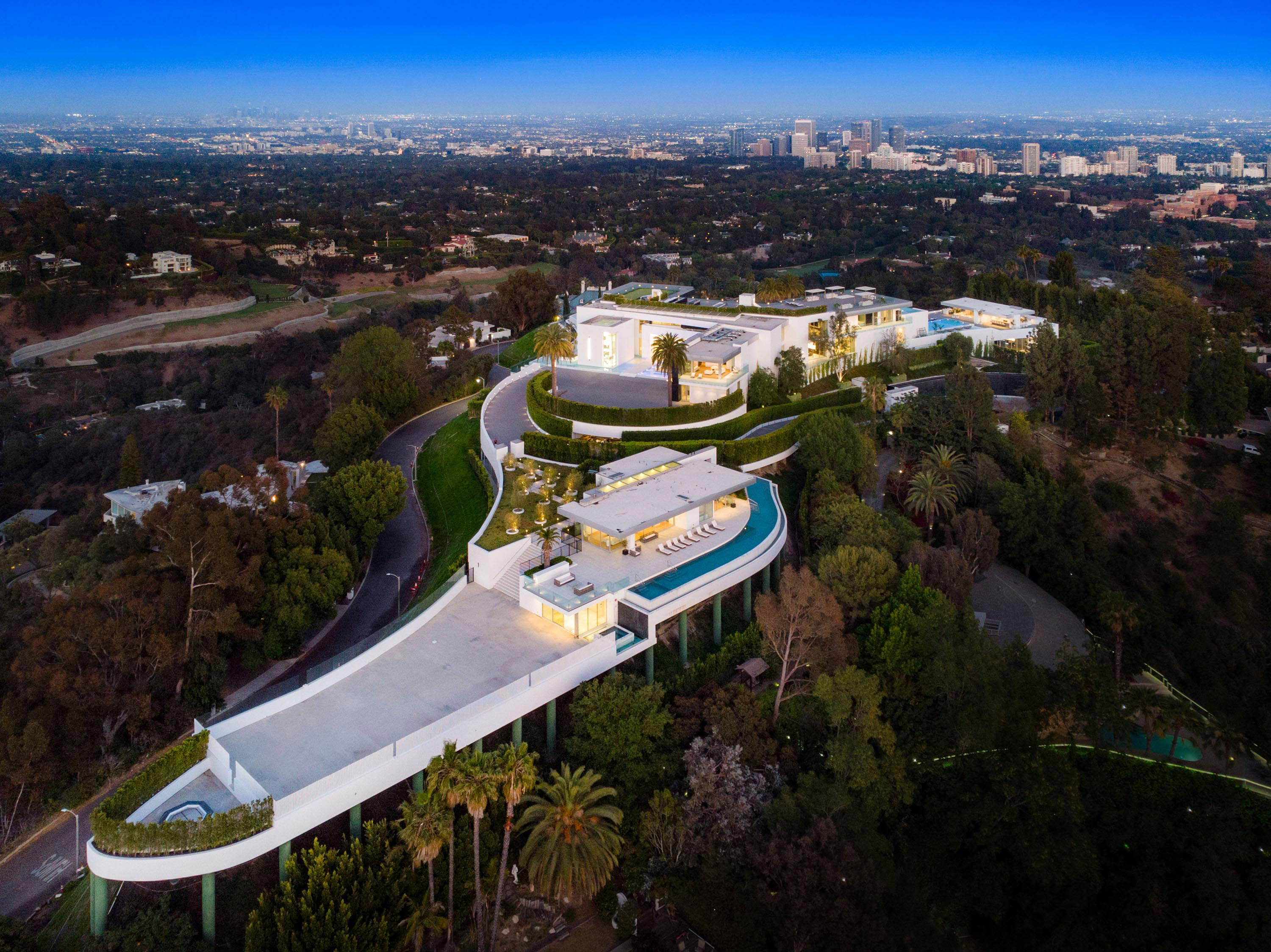 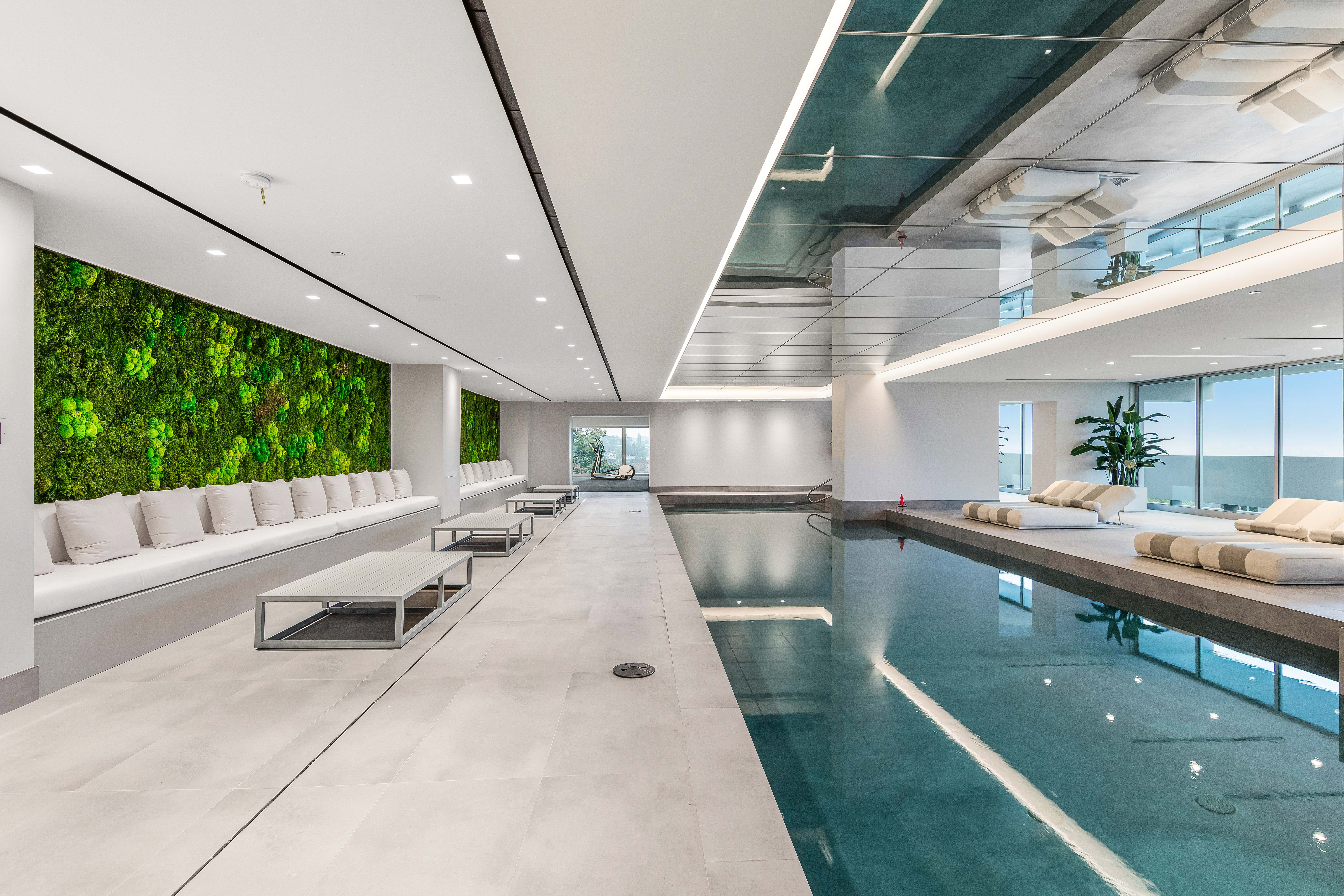 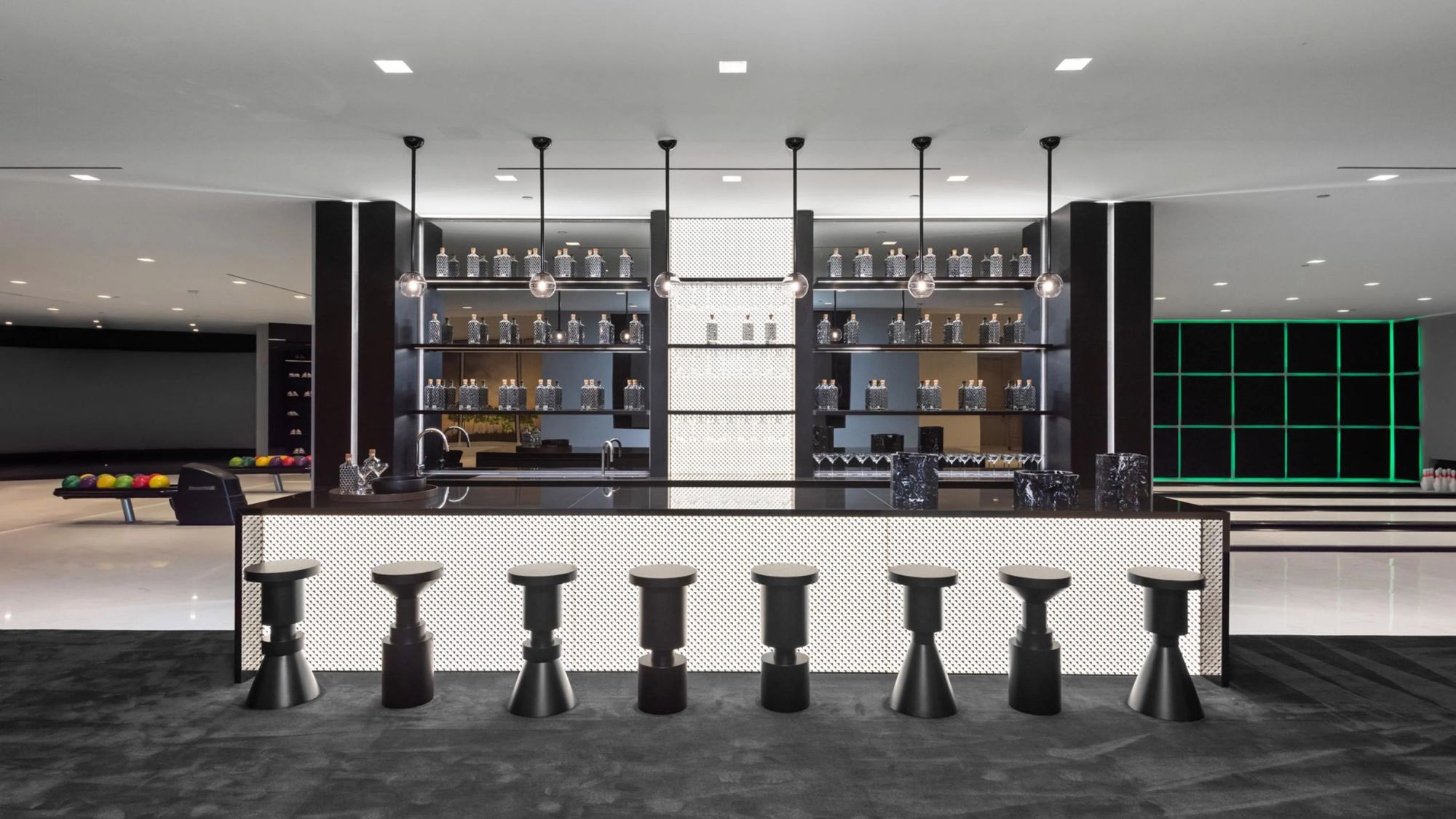 Despite the initially wildly expensive goal, the estate was listed for $340million in January last year but was then pulled from the market and placed into receivership – a form of foreclosure.

Now back on the market with a reduced price, the potential buyer risks coughing up millions for unpaid taxes and debts from concrete, air conditioning and tool companies used to build the dream home.

With local building laws changed in recent years to prevent other supersized homes, the home has been dubbed one of the last of its kind.

But if it isn't snapped up, the mega-mansion will be put up for auction on 7 February.

It sprawls over 100,000 sq ft and boasts 20 bedrooms, a ‘philanthropy wing’ for charity galas, four pools, a bowling alley and 360 degree views over Southern California from its prime location in Bel-Air.

The producer-turned-developer Nile Niami said last year that he was ready to "test the market" four years after he first announced the eye-watering price tag.

He explained: “When you have something that’s as rare as the Mona Lisa, you can command whatever you want for it.”

But it seems he couldn't quite command anything he wanted after the huge price slash.

Despite this, if it sells at the current asking price, it was still beat the record for America's most expensive home – the $238million penthouse bought by hedge fund billionaire Ken Griffin in Manhattan.

It would also eclipse the reported $275million a Chinese tycoon is paying for a mega-mansion in London's Knightsbridge – but not the world record, $300million a Saudi Prince paid for a French chateau.

One early design feature that won a lot of attention — a room with tanks of live jellyfish lining the walls — has been dropped because it was too difficult.

But Niami said he had something planned that’s “even better”.

Other features are said to include a bowling alley, a beauty salon and a 45-seat IMAX cinema.

Thirteen of the 20 bedrooms are in the main house, including a vast 5,500ft master suite that on its own is twice as big as the average US house.

Walking through rooms with 26ft-high ceilings via the electric doors, the owner can enjoy dozens of contemporary artworks throughout the house before taking one of six lifts to visit the two-story library or the cigar room.

As the evening draws in, the homeowner can head to their very own cinema and lounge in one of its 40-plush leather seats, while nursing some booze from their 10,000 bottle wine cellar.

Outside, the shopping-centre sized property has five pools, seven water features, including a massive moat running around it, as well as a 400-foot private outdoor running track and putting green.

And walking up to the 10,000 square-foot sky deck, the home offers 360-degree views of the Pacific Ocean, downtown LA and the San Gabriel Mountains.

He believed other recent blockbuster house sales – including six of over $100million in the US in 2020 – proved his original asking price was not fanciful.

He said: “When the house was started, I had no basis to ask $500 million — now there are so many triple-digit sales in LA and the world that the asking price is not unreasonable any more.”

The architect behind the project is Paul McClean, a Hollywood designer whose recent clients include modern-day princes and princesses of Bel Air, such as Bitcoin billionaires the Winklevoss twins and style icon Calvin Klein.

Property expert Jonathan Miller said the eye-catching features of the house actually make it less sellable and which may responsible for the price cut now.

He told Bloomberg: “The problem is, the more amenities you add, the more you personalize the property.

“Even though the intention is to draw eyeballs to the property, you are also personalizing it, which may reduce the size of the market pie.

And Niami said that it wasn't a problem and that he had already been talking to potential buyers.

However the market is still fragile, as shown by another Bel-Air super-mansion that was once the most-expensive home for sale in America.

The 38,000 sq ft property called Billionaire was listed by developer Bruce Makowsky for $250million but eventually sold for $94million in October, a 62 per cent price cut.

And a prime plot in Beverly Hills called The Mountain – listed for $1billion despite being undeveloped – sold at auction last year for $100,000.

Another house dubbed America's most expensive, a palatial Bel-Air estate where The Beverly Hillbillies was filmed, had $160million knocked off its $350million asking price.

Niami has previously courted publicity by using semi-naked models draped in gold to advertise another LA mansion, named Opus, which went on sale in 2017 for $100million. 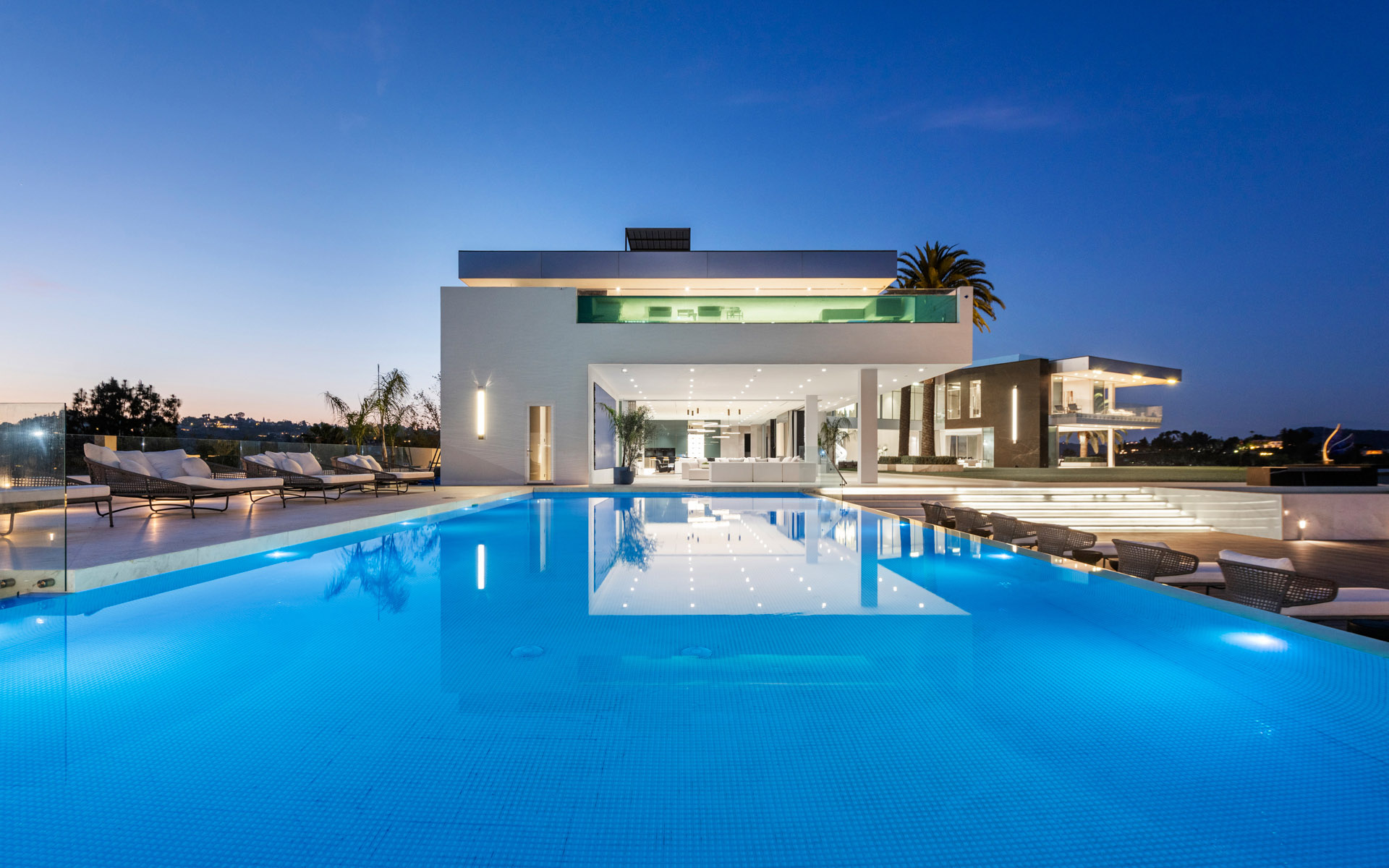 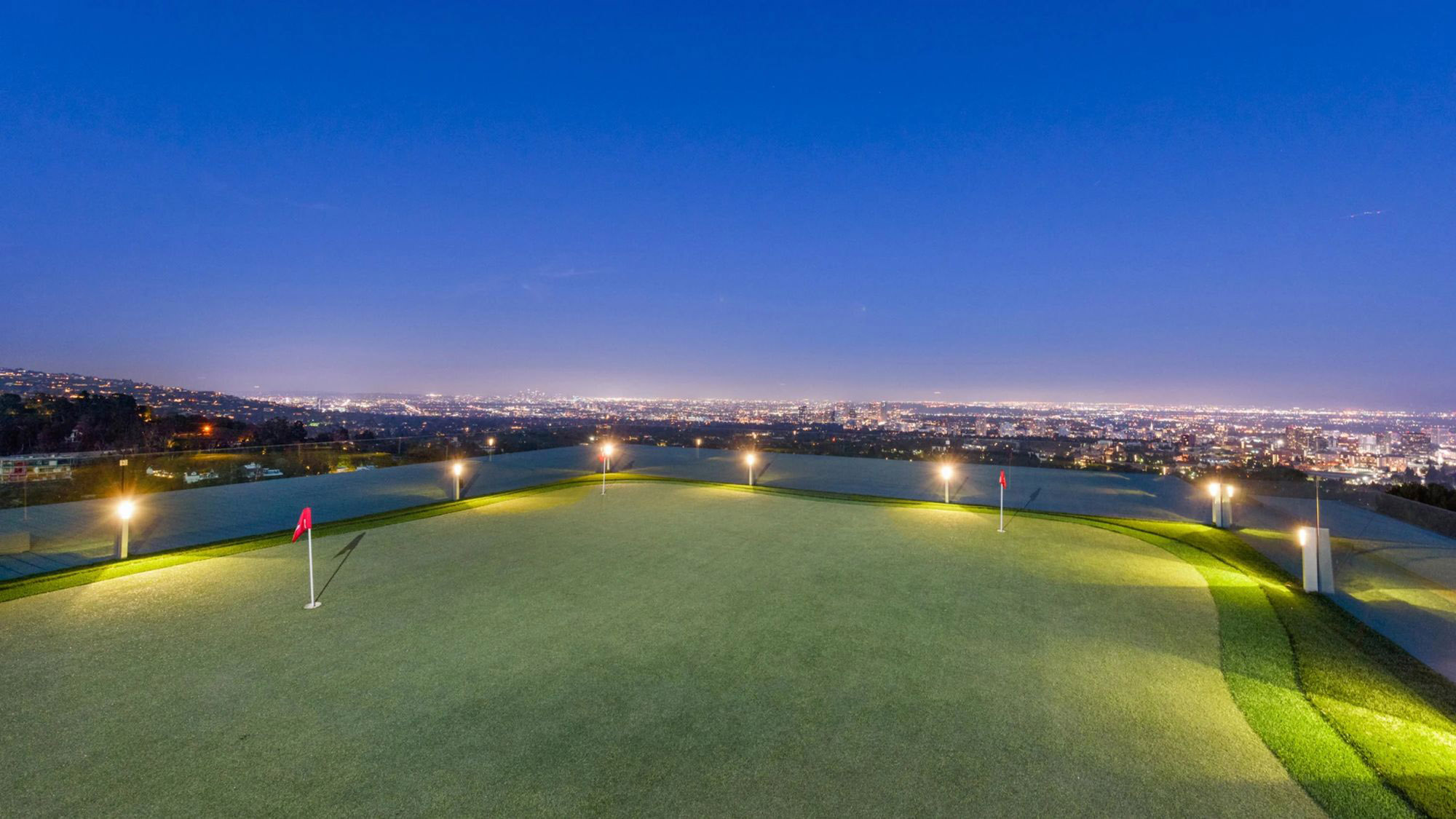 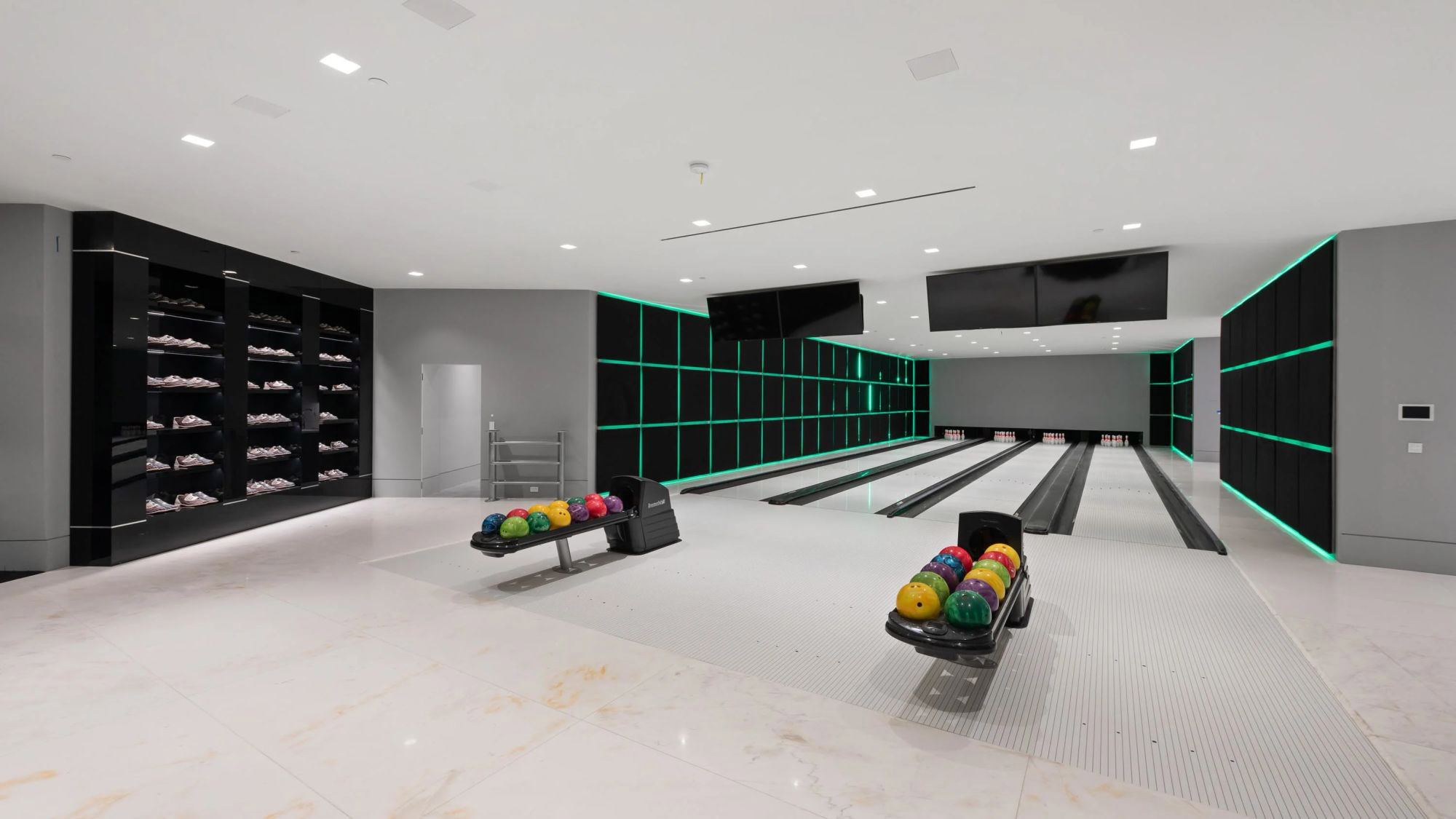 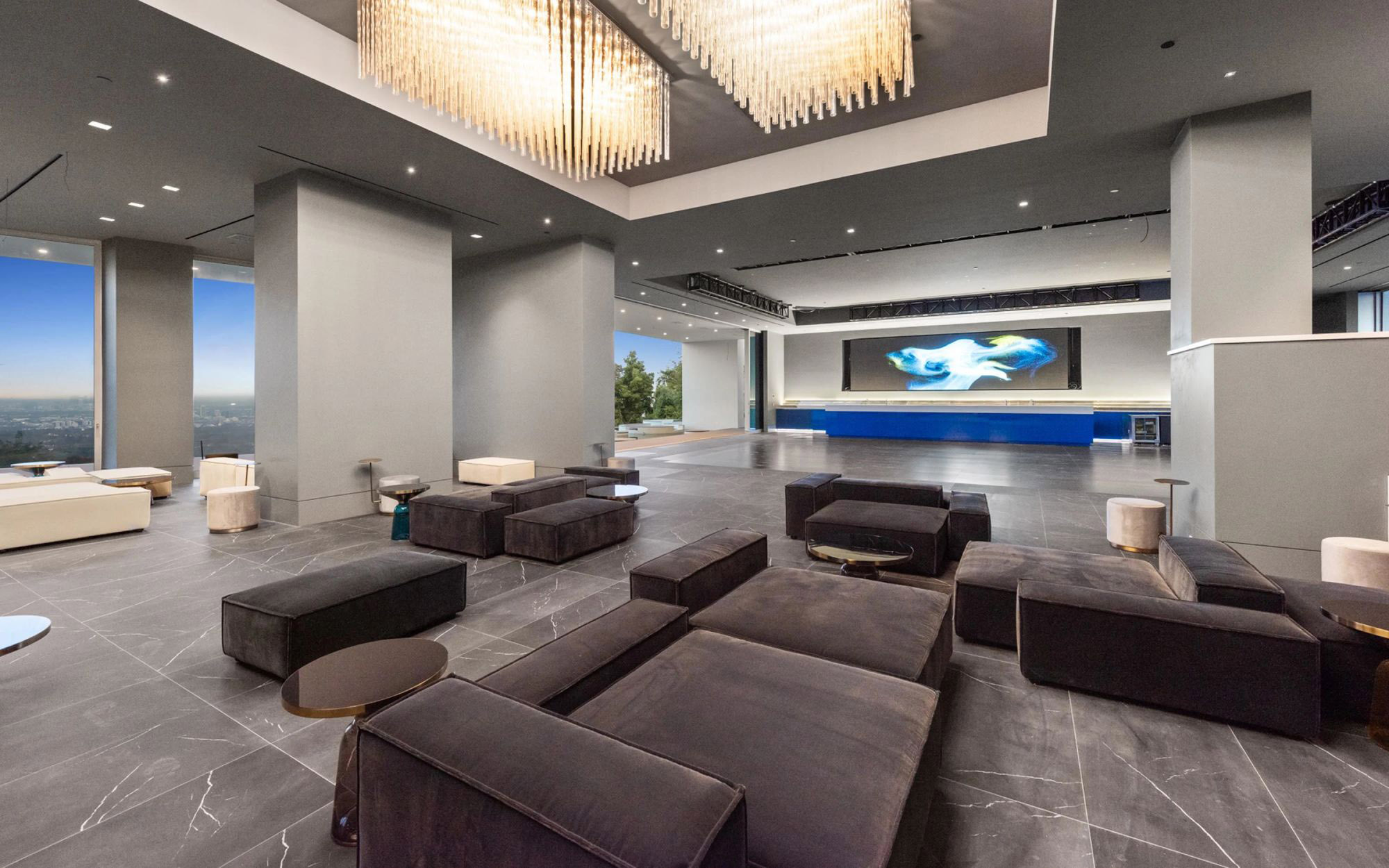 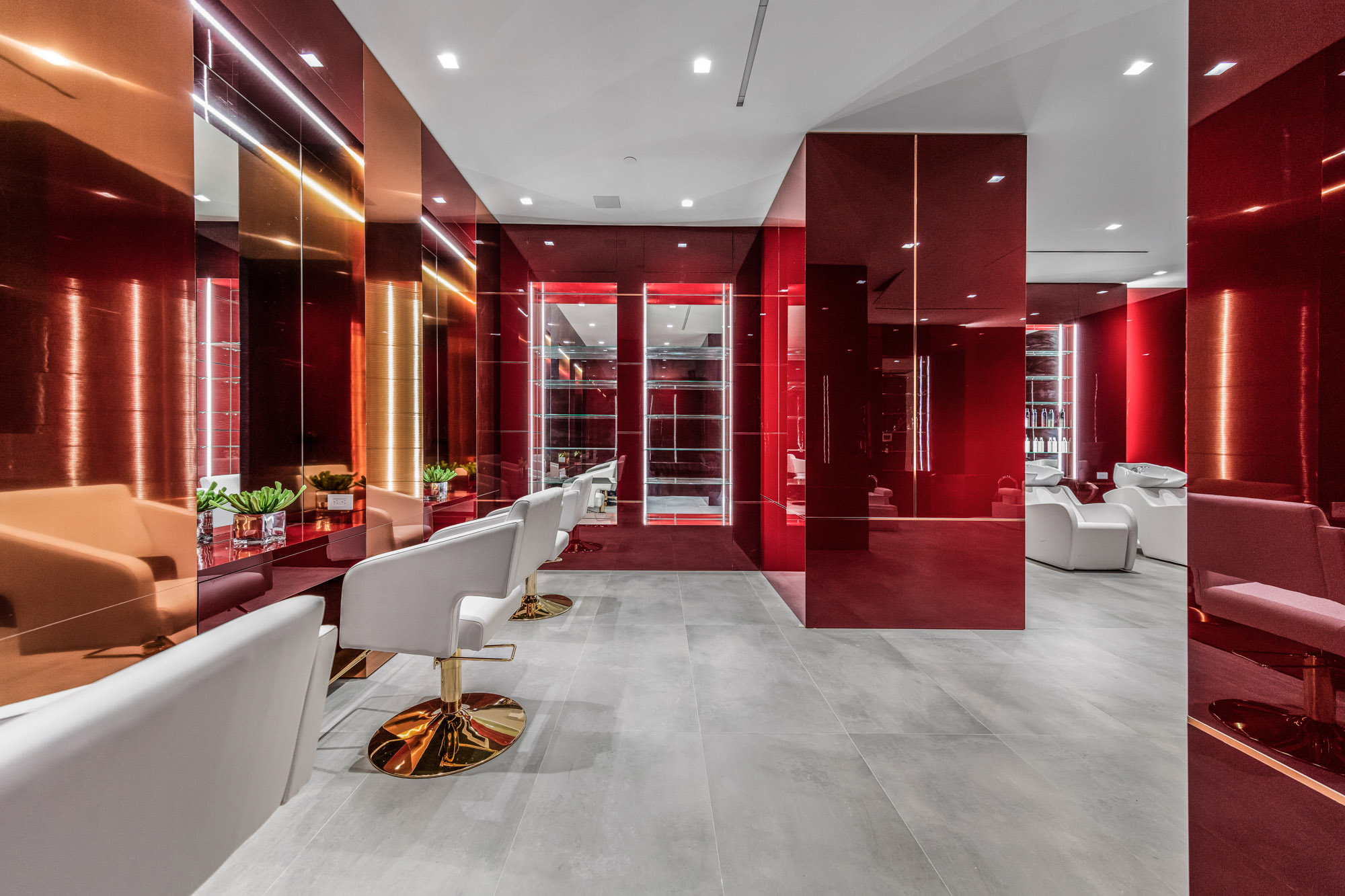 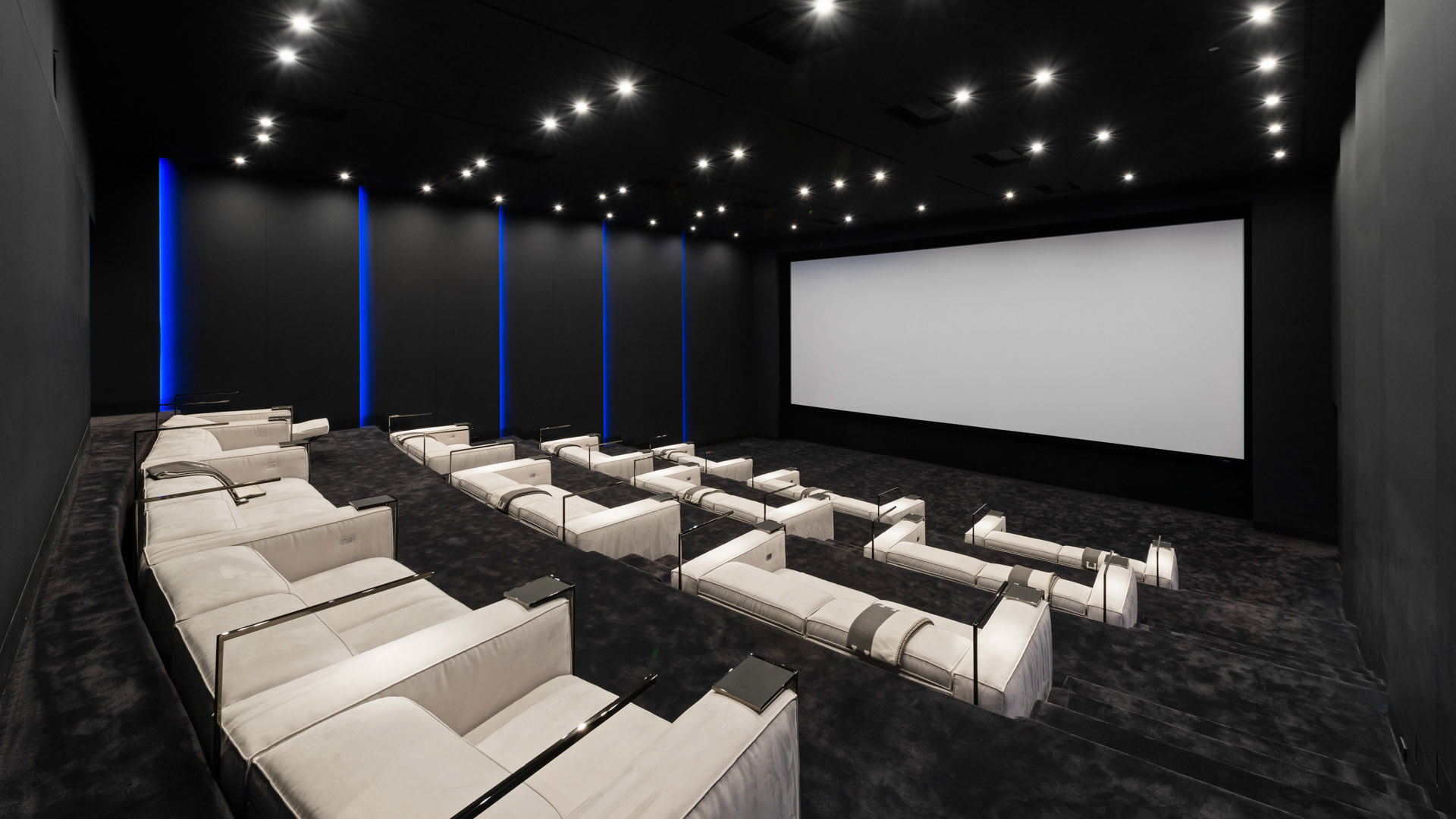