‘Rest assured – no one wants to stop firms getting to know their clients by taking them to events like Wimbledon or the Grand Prix,’ wrote then-Justice Secretary Ken Clarke in his foreword to the 2010 Bribery Act.

And Heaven forfend that there is any reason other than their scintillating company for gambling firms, banks and developers to have spent an eye-watering £140,000 in the past six weeks entertaining 59 cross-party MPs at sporting and music events.

One test for whether hospitality looks like a bribe is if a ‘reasonable’ person regarded the entertainment as ‘unduly extravagant’. So, my reasonable readers, you decide which MP gets what in this year’s Olympic Greed & Gifts medals table. 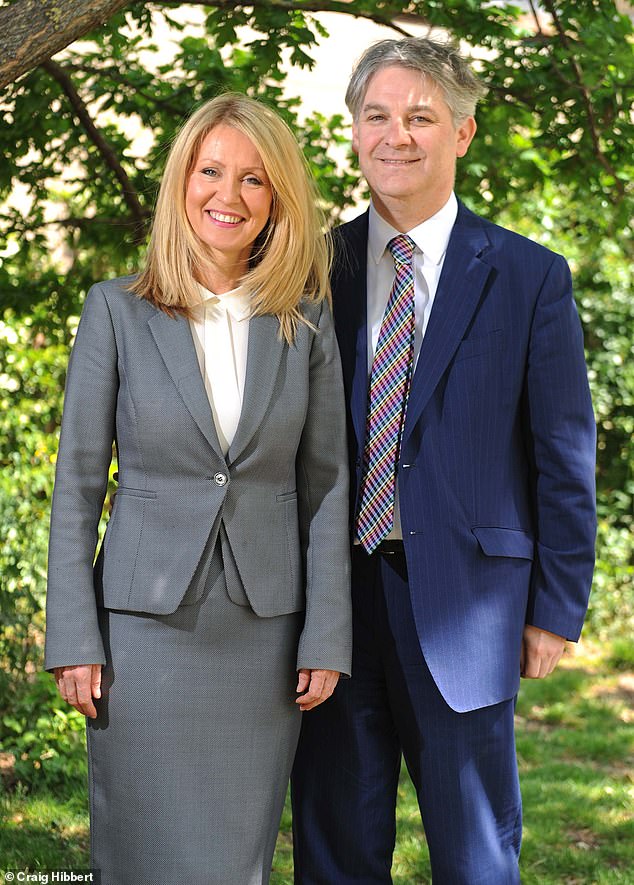 The Tory couple’s jollies include the Euros semi-final and Wimbledon as guests of Entain Holdings, part of Entain PLC, which owns Coral and Ladbrokes

Husband and wife Philip Davies and Esther McVey representing Shipley and Tatton respectively, are going for gold with £15,088 of freebies since June alone.

The Tory couple’s jollies include the Euros semi-final and Wimbledon as guests of Entain Holdings, part of Entain PLC, which owns Coral and Ladbrokes.

Davies is a freebie veteran friend of gambling firms and, coincidentally, attacked Government plans to regulate fixed-odds betting terminals, seen by critics as the crack cocaine of gambling. He’s also paid £1,000 a month as a ‘Parliamentary Adviser’ to the National Pawnbroking Association.

Former Tory Sports Minister and Chatham MP Tracey Crouch bagged the most expensive single ticket – £4,560 for the England-Czech Republic Euros clash – courtesy of the Football Association and a £3,600 ticket to the final from selfless Kent developer Gallagher Group.

In the synchronised freebie category is Greg Smith, who accepted £7,030 for him and eight friends for a three-day British Grand Prix package plus the Goodwood Festival of Speed. That’s fast work learning the ropes for the Buckingham Tory elected in 2019, who in eight days has accepted the equivalent of nearly two months’ take-home pay of his £82,000 MP salary.

Another newbie Tory backbencher showing promise is Blackpool South’s Scott Benton, who in a three-week triathlon attended racing (Royal Ascot), football (Euros) and tennis (Wimbledon) events worth £7,494 as a guest of gambling firms.

Coincidentally, Benton, 34, has used his brief time in Parliament to ask Ministers to use the ongoing gambling review to look at the case for a super casino. Aaron Bell, who used to work for Ladbrokes and Bet365 and now exclusively for the people of Newcastle-under-Lyme, received Euros tickets to three England games at Wembley worth £6,955 from Gamesys Group, Power Leisure Bookmakers and Gibraltar-based Entain Operations. They also treated Laurence Robertson to £3,457 Euro tickets.

The Betting and Gaming Council hosted the Tewkesbury Tory and his wife to two days at Royal Ascot, at a cost of £3,364, generous given he is already on its payroll at £2,000 per month.

Finally, on the doping bench of the 2021 Greed & Gifts Olympics are Labour MPs Chi Onwurah, Conor McGinn, Christian Matheson and Alex Sobel with Tories David Warburton and Nickie Aiken for breaking the Code of Conduct by taking £900 Brit Awards tickets without disclosing them within 28 days.

GB News might be ‘taking the p***’ claiming to be the bastion of anti-wokeness, one studio guest tells me on discovering its… gender-neutral toilets. ‘Two birds were in there. I thought, this ain’t right, and walked out.’ 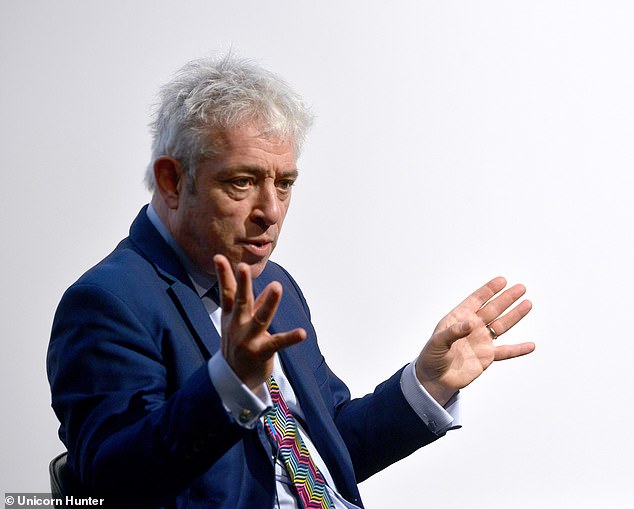 Despite £400,000 cash in the bank, one of its two employees, Bercow or wife Sally, is being paid by you

Reassuring to see ex-Speaker John Bercow hasn’t let his newfound Labour Party membership change his views on distribution of wealth (to himself) as last week’s furlough data show his consultancy continues sucking on the taxpayers’ teat.

Despite £400,000 cash in the bank, one of its two employees, Bercow or wife Sally, is being paid by you.