THE Army will fly coronavirus vaccines out to remote rural areas stranded by flooding to help keep the rollout on track.

According to the Telegraph, specialist teams from the Armed Forces are on standby to deliver the jab via helicopter to regions hit by winter storms and extreme weather. 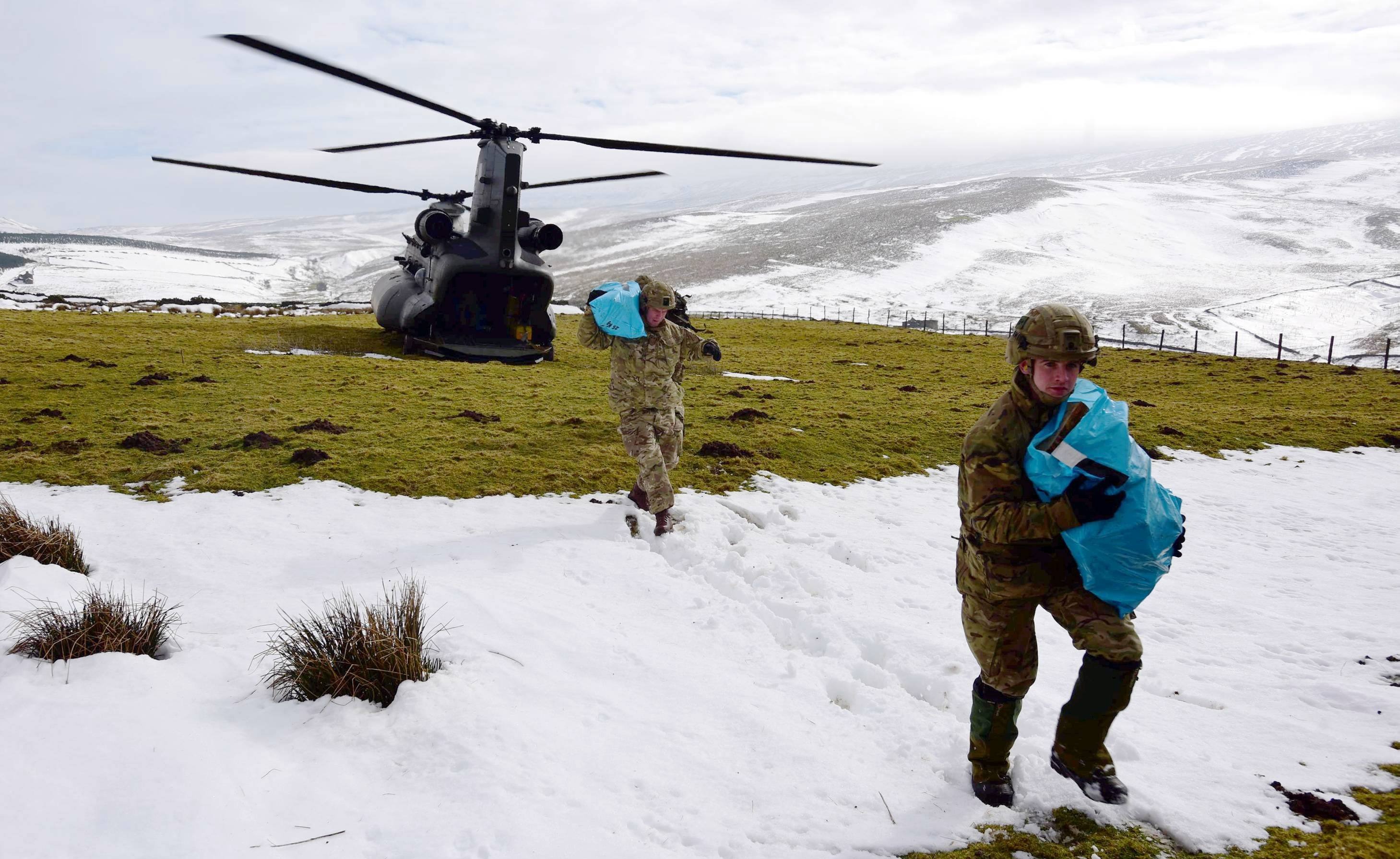 Twenty one Quick Reaction Force teams, comprised of six doctors, nurses and vaccinators, are poised to administer vaccines to hard-hit communities from Monday after the NHS publishes its vaccine deployment plan.

It comes as severe weather, including floods and icy conditions, is forecast for much of January – creating further logistical difficulties for the vaccine rollout.

The Met Office has issued flooding warnings this weekend covering York, North Yorkshire and Norfolk – with the forecaster warning that heavy rainfall and ice could continue through the month.

There are fears that a "sudden stratosphere warning" (SSW) – the conditions which led to the Beast battering Britain in 2018 – could cause chaos this month.

Meanwhile, Boris Johnson has set an ambitious target of delivering 200,000 jabs a day by next week in an attempt to immunise large groups of vulnerable Brits by mid-February.

The government hopes that, with the help of the military, vaccination can be hugely ramped – potentially allowing for the lifting of lockdown restrictions in the Spring.

Last week Defence Secretary Ben Wallace said the military have "plans for up to 250 teams of mobile, medically trained personnel who could go out and administer the vaccine around the country."

A total of 21 teams will support seven regions of NHS England in giving the new vaccine. And 800 Army personnel will boost mass testing in Manchester.

Brigadier Phil Prosser, Commander of the Military Support to the Vaccine Delivery Programme, told the Telegraph: “We are working up and down the UK, with 90 service personnel already deployed in Wales, to establish and operate vaccination centres and administer vaccines.

“The Armed Forces remain on standby to deploy further teams whenever and wherever they are needed.”

“Throughout the pandemic the UK Armed Forces have supported our NHS colleagues and we are all humbled and proud to be working on the frontline alongside them.”