We have made our live coverage of the coronavirus pandemic free for all readers. Please consider supporting our journalism with a subscription.

The day at a glance

That’s it for today. Thanks for reading. Here are some of the headlines:

We’ll be back bright and early tomorrow. Have a good evening.

Three of the new sites are close contact exposure sites, meaning anyone who has visited them during the specified timeframes must get tested for COVID and isolate for 14 days, regardless of the result.

The four new remaining sites are casual contact sites, meaning anyone who visited them during the specified timeframes has to get tested for COVID-19 and isolate until they receive a negative test result.

A full list of NSW’s exposure sites can be found here.

Listen: How long before we hit our vaccine targets and come out of lockdown?

Late on Friday Prime Minister Scott Morrison announced National Cabinet had agreed on a road map out of COVID-19 lockdowns, with greater freedoms triggered by reaching vaccine targets of 70 and 80 per cent.

The million-dollar question he gave no answer to was how long will it take us to get there?

Senior economics correspondent Shane Wright has crunched some data from the Health Department and joins Tory Maguire on Please Explain to give us an indication.

A fully vaccinated staff member at Sydney’s Westmead Hospital who worked for three days while infectious last week has tested positive to COVID-19.

Thirty-six hospital workers have been identified as close contacts and are in strict two-week isolation.

A spokesperson for Western Sydney Local Health District said investigations into the source of the infection indicated the worker contracted the virus in the community.

“The affected areas have been deep cleaned and there has been no further transmission associated with this case to date,” the spokesperson said.

“Patient care has not been affected. Our highest priority is always the safety of patients and our staff.“

It is the second healthcare worker at Westmead Hospital to test positive in the latest outbreak, with a fully vaccinated nurse contracting the virus in July.

There was no onward transmission from the case in the nurse from last month, the spokesperson said.

The cancellation of a world-class motorcycle race at Phillip Island off Victoria’s south coast has left a $42 million hole in the local economy, sparking a push by the Bass Coast Shire for new projects to entice domestic visitors and offset the financial damage.

The Australian Motorcycle Grand Prix attracted an estimated 92,000 people to Phillip Island before the pandemic, and businesses say the event delivered major economic benefits to the region. 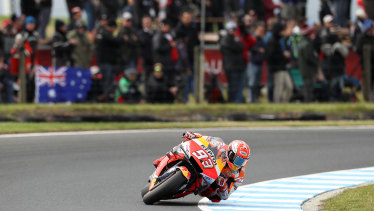 The MotoGP in Phillip Island in 2019. Credit:Robert Cianflone/Getty Images

Border closures resulting in the loss of international travellers, who were drawn to the penguin parade and other attractions, has also inflicted major financial pain on Phillip Island’s tourism-dependent economy.

The Bass Coast Shire is now seeking state and federal government funding for an infrastructure binge to stimulate more domestic tourism in the region and break Phillip Island’s economic reliance on international travellers.

Sydneysiders trying to follow health authorities calls to get vaccinated say they are spending hours on the online booking system, which one vaccine communication expert described as “death by websites”.

People seeking to book a COVID-19 vaccine online are directed to use the federal vaccine eligibility checker to prove they qualify before being shown a list of individual providers, ranging from NSW Health’s mass hubs to local GPs, to contact separately. 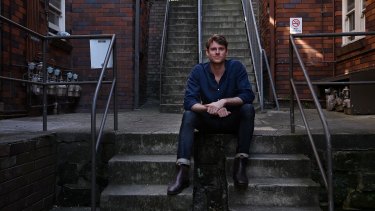 Software engineer Fraser Hemphill designed a vaccination appointment aggregator after his friend, who worked as a nurse, was unable to book an appointment.Credit:Kate Geraghty

Software developer Fraser Hemphill, 28, created his own website which aggregated Pfizer appointments after a friend who worked as a nurse spent hours attempting to book.

Covidqueue.com, which Mr Hemphill made in one weekend for $20, compiles real-time availability for appointments at St Vincent’s, Royal Prince Alfred and Westmead hospital hubs as well as the Olympic Park centre.

The aggregator received 40,000 views on the weekend after he posted it on Reddit, including 26,000 people who clicked through to try to book an appointment.

The Reserve Bank will consider increasing its purchases of government debt to stabilise the economy in the face of rolling coronavirus lockdowns that threaten to slow the jobs market and hit consumer confidence.

As figures confirm the RBA’s interest rate settings continue to underpin record high house values in almost every corner of the country, the bank board will on Tuesday debate how to respond to the lockdowns gripping Greater Sydney and south-east Queensland. 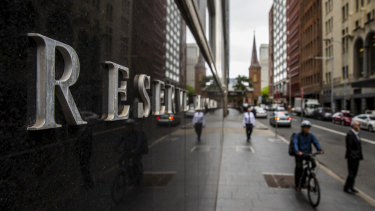 Westpac chief economist Bill Evans said the RBA should lift its weekly bond purchases to $6 billion, arguing this would send a “clear signal” the bank was committed to supporting the economy.Credit:Louie Douvis

The RBA, which has official interest rates at 0.1 per cent, announced on July 6 it would slice its purchases of government debt by $1 billion a week. It made the decision when NSW’s lockdown was expected to finish by the end of July. Instead, it has been pushed out by at least four weeks.

The bank also argued at the time that the economic recovery was stronger than expected and “forecast to continue”.

Now, economists are tipping the September quarter to show the economy contracting because of the combined impact of the Greater Sydney, Victorian, South Australian and Queensland lockdowns.

A Sydney private school has told parents it will require every student to take a rapid antigen COVID-19 test on its grounds immediately before each HSC trial exam, and has taken matters into its own hands by securing its own supply of tests.

Since the NSW government revealed the tests – known as a RAT – would be part of its return-to-school strategy for year 12 last week, there has been widespread confusion about how the process will work, given the Therapeutic Goods Administration will not allow them to be taken at home and requires them to be carried out by a medical professional. 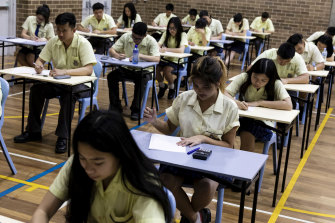 Private companies have been contacting independent schools, saying they can supply tests, at a cost of $6 each.Credit:Dominic Lorrimer

Private companies that provide rapid antigen tests have been contacting independent schools, saying they can supply tests, at $6 each, trained nurses, at $115 an hour (or $165 on the weekend), and an administration assistant to run everything at $75 an hour. One nurse can carry out 10 tests in an hour.

But public school principals are still waiting to hear from the NSW Department of Education about how they can administer tests for up to 400 year 12 students at one site, how often they must do it or who will oversee them. There is also no guidance on whether they will be compulsory.

‘Life is pretty good’: The Aussies who are happy to stay in Bali

Michael Lenihan is sitting in a cafe overlooking Bali’s Sanur Beach, halfway through a business meeting with a colleague.

“We’re having lunch and there is beautiful surf at the front and people are walking along the beach and enjoying the sun,” he says. 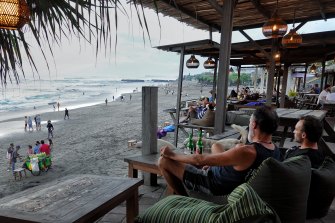 Locals and foreigners soak up life by the beach in Bali last week.Credit:Amilia Rosa

“Everybody’s moving around but they’re being respectful with their masks and their social distancing.”

The owner of a foreign investment company on the island returned to his home town of Melbourne last year when alarm bells rang as the first wave of the virus struck Indonesia.

But after seven months in Victoria, the majority in lockdown, he flew back last November.

Now, while some expats are appealing for help to get to Australia amid Indonesia’s worst outbreak, Lenihan, who fell ill with COVID-19 in May, is among the large contingent of Australians remaining on Bali who have no desire to leave.

National cabinet has agreed to a review of the COVID-19 protocols for truck drivers, as the Victorian government considers new options to ensure freight workers do not reintroduce the virus into the state.

The Prime Minister and state premiers last week sanctioned federal and state transport ministers to determine improvements to the permit and testing requirements for cross-border truck drivers that vary for each state. 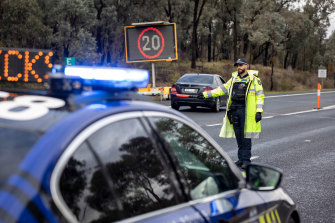 A Victoria Police checkpoint at Chiltern on the Hume Highway in July.Credit:Jason Robins

The ministers will consider a proposal from state transport associations to allow drivers to use rapid antigen test home kits and a national QR code check-in system that would allow truckies to scan into states instead of applying for permits.

The review comes after new measures were announced on Monday preventing NSW residents within the border bubble from entering Victoria other than for essential reasons like care-giving and exercise.