Assaults on Jobcentre staff fall 89% due to pandemic homeworking

Hundreds of assaults on Jobcentre staff have potentially been avoided due to scrapping face to face appointments during the pandemic, according to official statistics.

In 2020/21, when Jobcentre opening times were limited and face to face appointments replaced with virtual ones, there was an 89 percent year-on-year reduction in physical attacks on staff.

There were 27 assaults on Jobcentre staff in 2020/21, according to the Department of Work and Pensions (DWP). 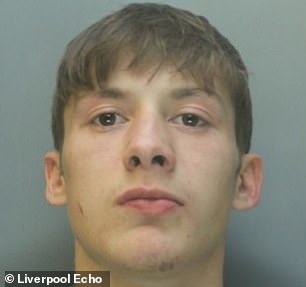 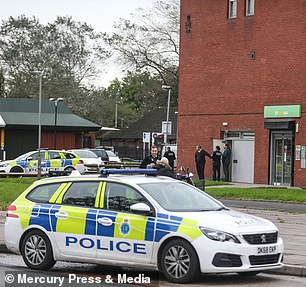 New statistics reveal a dramatic drop in assaults on Jobcentre staff in 2020/21 compared with the pre-pandemic period, likely due to remote working. In one harrowing incident on October 7 2019, Brendan Cole (pictured), 19, stabbed a Jobcentre security guard in the back with a large carving knife at a Jobcentre Plus in Belle Vale, Liverpool 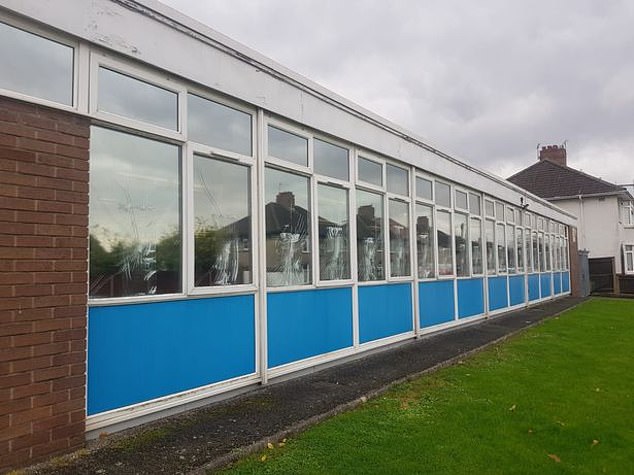 A Jobcentre in Horfield, Bristol, which had 70 windows smashed by a claimant who went on a rampage with a claw hammer after staff told the 53-year-old he would have to travel to Bath to discuss his benefits

One case on October 7 2019 saw a security guard stabbed in the back with a large carving knife while working at a Jobcentre Plus in Belle Vale, Liverpool.

The security guard, a man in his 40s, intervened when a 19-year-old threatened a female member of staff.

Brendan Cole, 19, who was sentenced to five years and three months in prison for the attack, left the security guard with ‘a serious but non-life-threatening injury to his back’, according to Merseyside Police.

The data come from a MailOnline Freedom of Information request sent to the DWP.

Charlotte Hughes, who volunteers outside Ashton Under Lyne Jobcentre and runs a blog called The Poor Side of Life, said: ‘Whilst assaults on Jobcentre staff have fallen massively mainly because of online appointments, we can’t forget that it’s the Universal Credit system that causes their frustration. 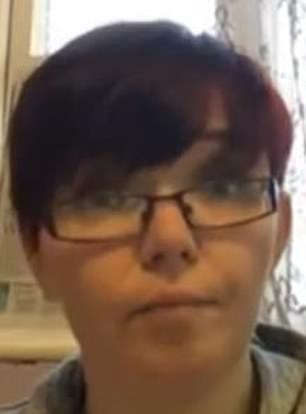 Charlotte Hughes, a volunteer outside Ashton Under Lyne Jobcentre, said she feared staff assaults would continue to rise once appointments were moved back to face to face appointments due to claimants’ frustration with the Universal Credit system

‘No claimants actually want to assault Jobcentre staff but the way that the system punishes them causes frustration and anger.

‘They can’t find another way to express their feelings.

‘Jobcentre staff do have the right to work in a safe environment but I fear that, until the DWP Universal Credit system changes to a more understanding one, staff assaults will continue to rise once appointments are moved back to face to face appointments.’

One terrifying incident at Horfield Jobcentre in Bristol saw a 53-year-old claimant go on a rampage with a claw hammer, smashing 70 windows on October 17 2019 after being told he would have to travel to Bath Jobcentre to discuss his benefits.

Mark King, who was jailed for 24 months, caused £30,000 of damage to the Jobcentre on Monks Park Avenue, Bristol.

At the Ebbw Vale Jobcentre in Wales, members of staff were grabbed and threatened with a knife by a man who said ‘you’re all going to have it if you don’t give me my money’.

Ian Littlewood, 47, became violent during an appointment on November 24 2017 after he was told his Employment Support Allowance (ESA) would be stopped as he had failed to attend a medical appointment. 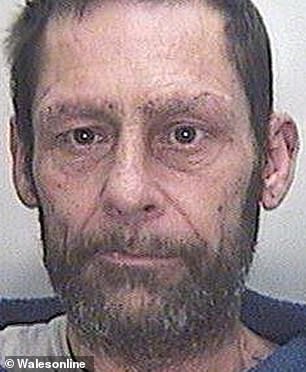 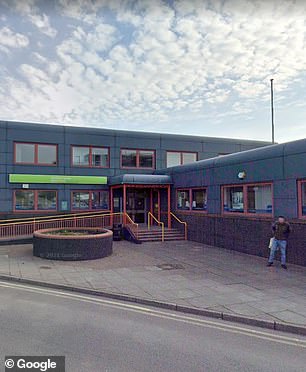 A victim statement from Anne Kinnear, who was assaulted by Littlewood, read: ‘He grabbed my right shoulder and I was terrified because the knife was so close.

‘I wondered what part of my body he would stick it in. I feared for my life and wanted to back away but I couldn’t.’

Littlewood was sentenced to 34 months imprisonment at Cardiff Crown Court.

A spokesperson for the DWP said the department ‘takes the health and safety of all its staff, contractors and visitors very seriously’.

They continued: ‘We have robust control measures in place to minimise and mitigate all incidents of Unacceptable Customer Behaviour including Actual Physical Assault – and we encourage staff to report any incident that may have caused or have the potential to cause harm both physical and mentally.

‘These figures should be considered in the context of the millions of face to face interactions with our customers that take place without incident each year in our Jobcentres.’