Federal grants promised to no one in particular

An early review of a $3.2 billion community grant program run by the previous government has found cash funnelled to projects without any organisation backing them, successful applicants not told they had won assistance and money given to projects identified only by their state.

Infrastructure Minister Catherine King has revealed in at least one case, a grant has gone to a company owned by a Cayman Island-based investment firm while money has also flowed to a private golf club that charges $1242 a year for membership.

The Community Development Grant program was one of 11 programs identified in a special investigation by The Sydney Morning Herald and The Age that heavily favoured either Coalition-held seats or marginal Labor electorates.

The program was created after the 2013 federal election by the government of then prime minister Tony Abbott to fund various promises it had made ahead of the poll.

Fresh laws to constrain the rampant use of facial recognition technology in Australia are a step closer to reality as the Optus data breach sparks new debate about how much personal information Australians are handing over online.

Facial recognition technology, which relies on video surveillance to match images of people’s faces with data collected via cameras, is being increasingly deployed by local retailers, police and even schools. 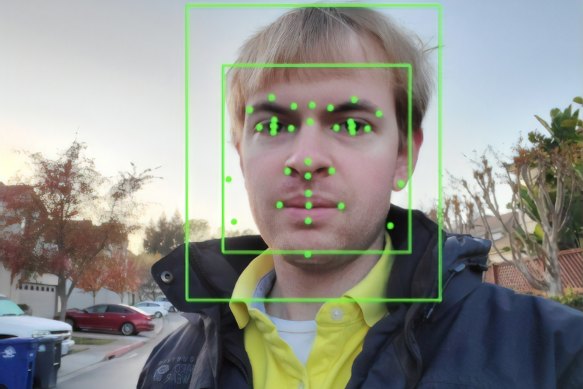 Facial recognition systems are becoming more common and Australia does not have a dedicated federal act to control it.Credit:Getty Images

“As we see facial recognition being used more and more, we need to crack down on the unnecessary collection of that information, then storage, then use and misuse,” Santow said. “There is no more sensitive information.”

More on this issue here.

This morning’s headlines at a glance

Good morning and thanks for your company.

It’s Tuesday, September 27. I’m Broede Carmody and I’ll be anchoring our live coverage for the first half of the day.

Here’s what you need to know before we get started.