BA and easyJet axe flights as government makes holidays illegal and bring in £5,000 fines from Monday – but Matt Hancock insists ban on leaving England ‘without reasonable excuse’ could be EASED from May 17

Hopes for foreign holidays this summer have been dealt a fresh blow after British Airways and easyJet scrapped more flights.

Passengers were left dismayed by the latest round of cancellations that include trips in July and August – after overseas travel was scheduled to resume on May 17.

Europe is grappling with surging cases and yesterday a UK health minister warned the entire Continent could be put on the ‘red list’ of countries requiring hotel quarantine.

Matt Hancock this morning slapped down Lord Bethell, insisting the Government has ‘no plans’ for such drastic action at this stage.

But to better insulate Britain from the European third wave ministers announced that from Monday rule-breakers taking an illegal foreign break during lockdown will face a £5,000 fine.

The Health Secretary suggested this could be eased on May 17 – but cautioned it was still too early to give summer holidays the green light.

Holidays this summer were plunged into doubt as: 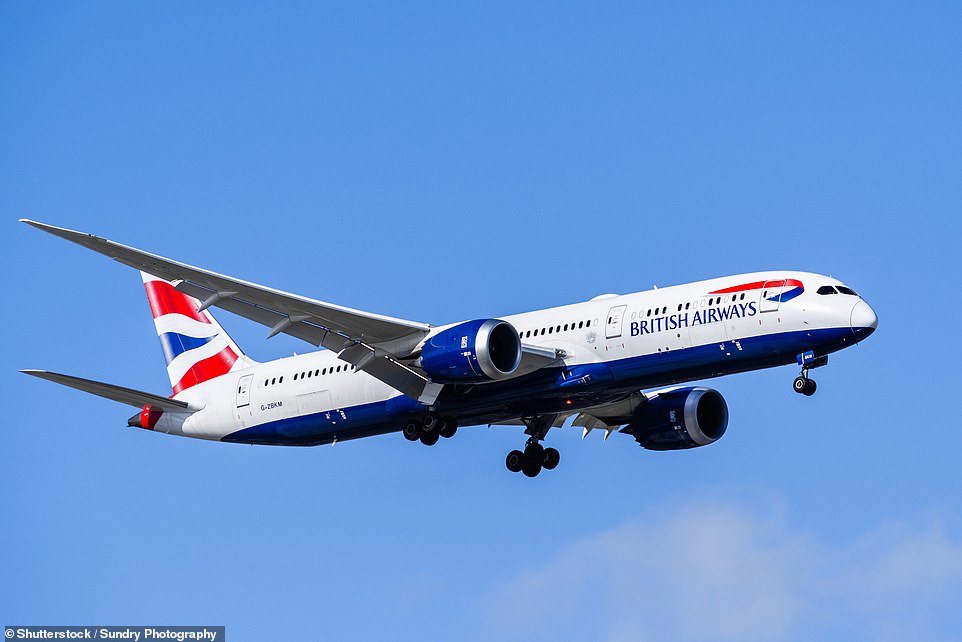 British Airways insists the cancellations were not due to the evolving situation with the pandemic but a routine scale-back of flights to reflect the view of IATA, the airline trade body, that foreign travel will not resume to pre-pandemic levels by 2023.

The pared-back routes include fewer flights to Italy, the Netherlands, Germany and Sweden.

Sources played down the flight cuts as ‘business as usual’ – and suggested more could be added in the future if there is scope.

Yet would-be holidaymakers were exasperated that flights they had booked for after lockdown were being axed.

One said: ‘I’m getting welcome back emails so booked flights in good faith having had my first vaccine dose.

People on Twitter also complained that their flights had been cancelled by easyJet.

Under Boris Johnson’s roadmap to exit lockdown, foreign holidays were pencilled for May 17, but this now looks to be in doubt because of a third wave on the Continent.

European countries are tightening restrictions, and Germany has announced an ’emergency brake’ lockdown to tackle the rise in cases.

Just over 10 per cent of adults have received their first vaccine dose across the EU, compared to the UK’s figure exceeding 53 per cent.

To strengthen control at the borders, ministers will introduce a £5,000 fine for anyone who travels abroad without a reasonable excuse, such as essential work.

Mr Hancock said this will be reviewed on May 17, but European holidays were plunged into doubt yesterday when his junior minister, Lord Bethell, suggested the entire Continent could be placed on the red list. 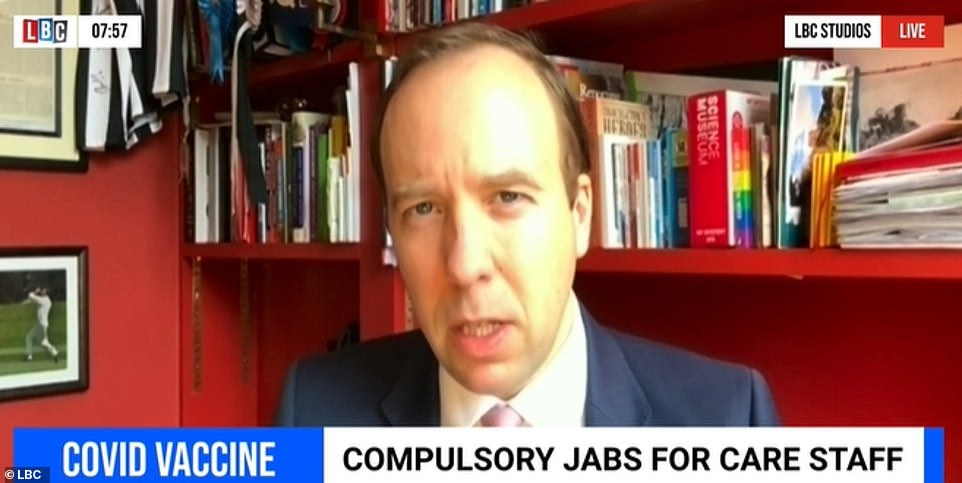 Health Secretary Matt Hancock said the £5,000 fine will be reviewed on May 17

So what IS a reasonable excuse to leave the UK?

The £5,000 fine, set out in legislation laid in the Commons yesterday, is on top of the previously announced £200 fine for not filling out a travel declaration form on reasons for leaving the country.

Lord Bethell told peers: ‘The possibility is that we will have to red-list all of our European neighbours. But that would be done with huge regret because we are a trading nation.’

Thirty-five countries are on the red list, including the whole of South America, southern Africa, the United Arab Emirates and Qatar. Portugal was on the list but was removed last week.

Mr Hancock today said ‘we don’t have any plans to do that’ but said it’s too early to tell if summer holidays will get the green light.

He told BBC Breakfast: ‘I entirely understand people’s yearning to get away and have a summer holiday, and we’re looking at that question right now as part of the global travel taskforce, which will report in the middle of next month.

‘The earliest that will take any steps will be May 17 but, obviously, we’re taking a cautious approach because we want any openings that we make to be irreversible.’

He said a traffic light system for travel with red and amber lights is in place at the moment but more details on the way forward would be published around April 12.

‘Until then, I’m afraid, as people have got used to over the last year, frankly it is wait and see.

‘Because we’ll only make steps that we think are safe but, on the other hand, we do understand, of course I understand, how people want to be able to get away in the summer, especially after the last year that we’ve all had.’

The £5,000 fine sent travel stocks – including easyJet , British Airway-owner IAG, Jet2 and TUI – down 2-4 per cent in early trade on Tuesday.

The fine will be introduced when MPs vote to renew the emergency coronavirus legislation that expires this month.

Despite hawkish Tory MPs threatening to rebel, the vote is widely expected to pass with the backing of Labour.

The Government’s gradual easing of lockdown will be done in four stages – March 29, April 12, May 17 and June 21, if the data allows.

Yesterday the Prime Minister said that Britain will inevitably feel the bleak situation on the Continent, saying their Covid woes will ‘wash up on our shores’.

British Airways said: ‘We are sorry that, like other airlines, due to the current coronavirus pandemic and global travel restrictions we are operating a reduced and dynamic schedule.’