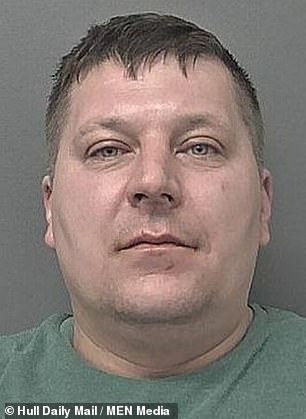 A banned driver with 107 prior offences to his name who hit and viciously punched a pedestrian has been jailed for two years.

He has also been banned from driving for 22 months.

Mark Harrison, 44, from Hull, mounted the pavement and hit a man before pummeling him with punches when he tried to stand up again.

The defendant had a heated argument before he spurred the road rage attack in February, Hull Crown Court heard on Monday.

Driving a Vauxhall Vectra, Harrison stopped suddenly in Thwaite Street,  Cottingham and two men got out and argued.

In a rage, Harrison got back in the car and sped off as the other man left.

The defendant then turned onto the main road where he abruptly stopped, drove up onto a pavement and hit a pedestrian.

The victim tried to stand up and flee but was punched down by Harrison before another man intervened and the bad tempered driver left.

A month after the attack he punched a Sainsbury’s security guard after being challenged for stealing ten packs of butter spread and pushed her out of the way.

Harrison shoplifted cleaning products from a Cooperative on the same day.

The foul-tempered driver’s record is littered with convictions, including 24 offences of driving while disqualified.

In one instance in March Harrison veered from right to left and drove on the wrong side of the road, reaching speeds of 50mph where the limit was 30mph.

His Vectra then missed a vehicle as it skidded and hit a kerb, where he turned around using dangerous handbrake turns. 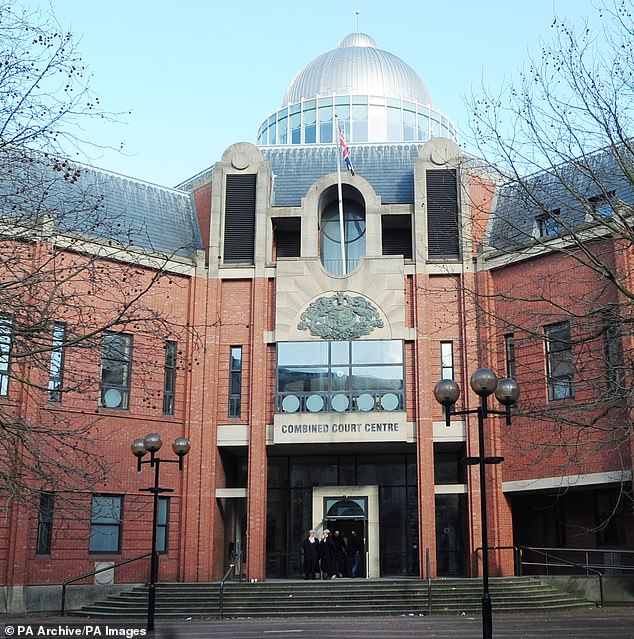 Judge John Thackray QC said: ‘You have an appalling record going back many years.

‘It must be an immediate custodial sentence.’

Nigel Clive, mitigating, said that the pedestrian was seemingly not injured and that Harrison later went round to attempt to build bridges with the man and apologise.

He said: ‘He is disappointed at letting himself down.

‘He is working hard to put right that which was clearly going wrong.’

Harrison admitted two offences of dangerous driving, two of driving while banned and others of assault, failing to provide a blood specimen and theft.