Biden falls as he climbs up stairs to Air Force One

President Biden stumbled several times while running up the steps of Air Force One on Friday, new video shows.

The 78-year-old commander in chief tripped twice before falling over the third time as he flew up the stairs of the idling aircraft at Joint Base Andrews.

After recovering, Biden appeared to take a moment to dust off his knee before finally making his way to the top. He then gave a salute before ducking into the cabin to take off for Georgia.

The president and Vice President Harris are set to meet with the Asian community in Atlanta following Tuesday’s mass shooting at area spas and massage parlors that left eight people, including six Asian women, dead. 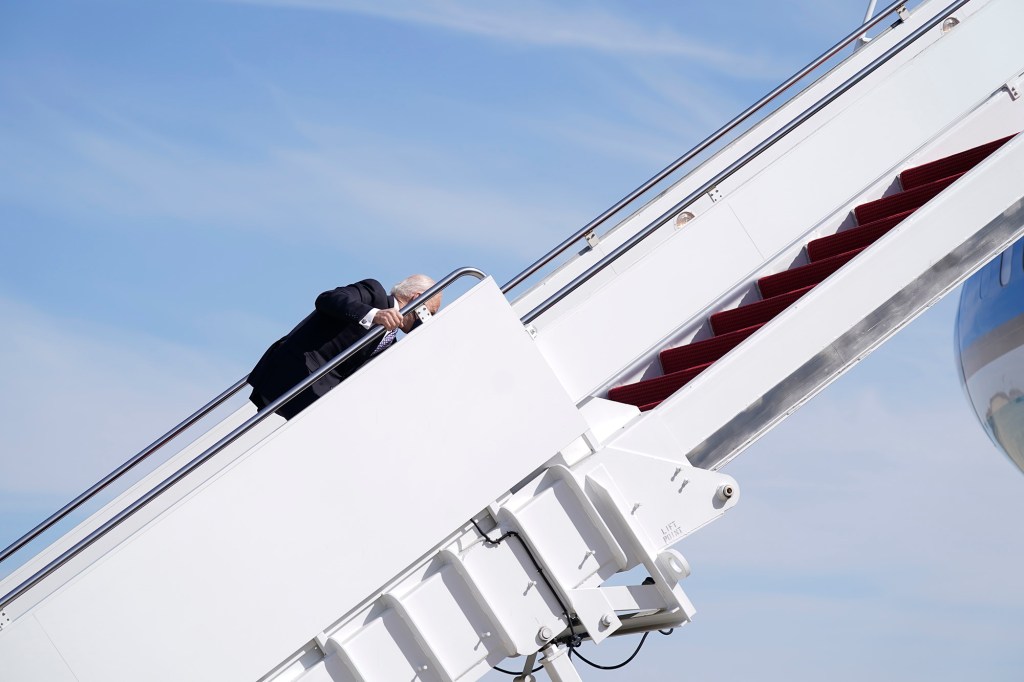 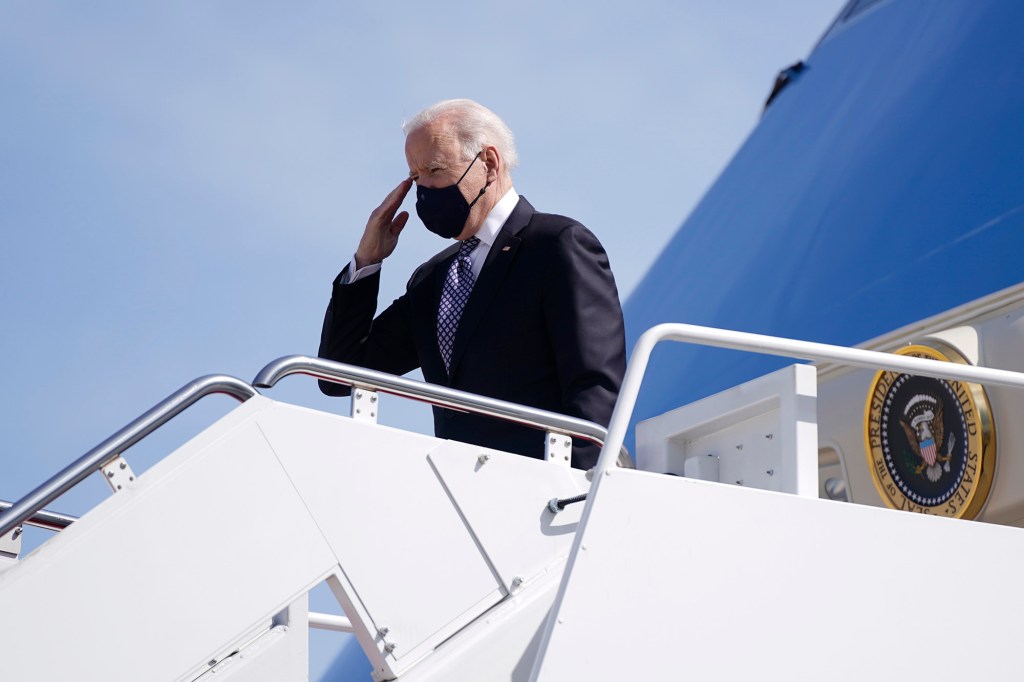