Boris accused of attending ANOTHER lockdown party: PM ‘joined pizza and wine bash with 20 staff in No10 during in May’… a month after he left hospital following intensive care Covid battle

Boris Johnson has been accused of attending yet another lockdown-busting party – this time just a month after his battle with Covid during the nation’s first lockdown.

The Prime Minister reportedly joined up to 20 members of Downing Street staff inside and in the gardens of No. 10 during a late-spring celebration that featured beer, wine and pizza on May 15, 2020.

Hours earlier, the then Health Secretary Matt Hancock hosted a press conference in which he revealed 384 people had died of Covid – before later heading to Downing Street’s gardens for a ‘debrief’ with the Prime Minister.

At the gathering, Mr Johnson allegedly told one civil servant, who was drinking alcohol, that he deserved his drink for his work in helping to ‘beat back the virus’, reports the Independent.

Sources indicted those in attendance had planned celebratory drinks in advance of the event, with alcohol being poured at desks and staffers staying late into the night. There is no suggestion that Mr Johnson or Mr Hancock drank alcohol or stayed late.

At the time of the latest alleged infraction, the mixing of multiple households indoors was banned and groups could only meet one-on-one in outdoor settings.

Thursday marked the latest twist in the long-running saga of Downing Street being accused of hosting a string of lockdown-busting parties in spite of the draconian restrictions they themselves set. 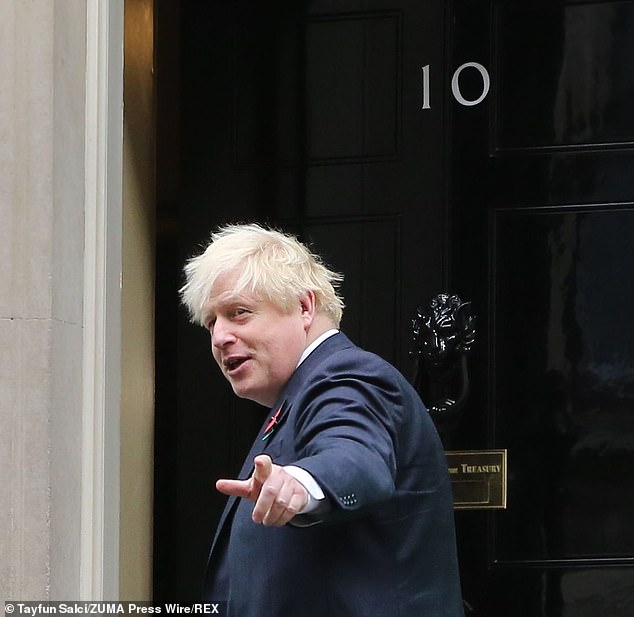 The Prime Minister reportedly joined up to 20 members of Downing Street staff inside and in the gardens of No. 10 during a late-spring celebration that featured beer, wine and pizza on May 15, 2020 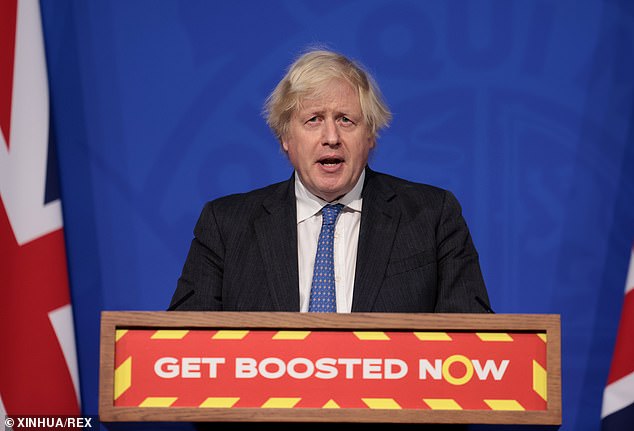 At the gathering, Mr Johnson allegedly told one civil servant, who was drinking alcohol, that he deserved his drink for his work in helping to ‘beat back the virus’

Speaking last April, Mr Johnson admitted ‘things could have gone either way’ during his stay on the intensive care ward at St Thomas’ Hospital in London.

But, Mr Johnson is alleged to have attended a celebratory event, categorised as a party by those in attendances, that breaced his own Government’s restrictions just a month later on May 15.

Sources told the Mirror that senior staff were ‘boozing and dancing’ the night away after 5pm. 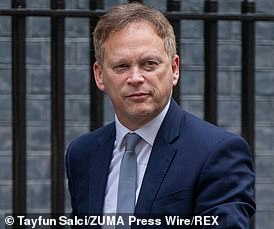 Mr Shapps, 53, denies all knowledge of the event.

A spokesperson for Mr Shapps said:’ He was not notified or invited and would have banned such a gathering forthwith, had he been made aware that it was being prepared.’

He stayed at the ‘party’ held in 10 Downing Street for 15 minutes, where he told aides who were drinking alcohol at their desks that they deserved their congratulatory drinks, the Independent reports.

Civil servants were seen carrying alcohol into the gardens of 10 Downing Street, where they drank and enjoyed the warm weather.

A spokesperson for Mr Johnson said: ‘The prime minister went to his residence shortly after 7pm. A small number of staff required to be in work remained in the Downing Street garden for part of the afternoon and evening.’

Days earlier, on May 10, Mr Johnson warned that fines for those breaching social distancing restrictions would be increasing.

At the time, the indoor mixing of multiple households was banned, and only two separate households were eligible to mix outdoors.

A spokesman for Mr Hancock said the former minister did nothing wrong and claimed he did not attend a lockdown-breaching party.

He said: ‘There is no suggestion Mr Hancock did anything wrong. He was in Downing Street to give the Press Conference that day. Matt arrived at Downing St at 4:43pm and gave the press conference from 5:03 to approximately 5:53 on lifting lockdown measures.

‘After the press conference, Matt debriefed his own team, then went to the Downing St garden to debrief the Prime Minister. He left Downing Street at 6:32pm and went back to the Department for Health and Social Care.’

The PM has faced fury from the masses and a public revolt from Tory backbenchers over a series of alleged parties held in November and December 2020 that are currently being investigated by Cabinet Secretary Simon Case.

Downing Street staff are accused of holding four gatherings that may have broken lockdown rules last year – including one gathering on November 13 in the Prime Minister’s Downing Street flat attended by his wife Carrie.

In addition to the quiz held on December 15, Downing Street staff are accused of holding a Christmas Party on December 18 and a leaving do at which the PM allegedly gave a short speech on November 27.

The quiz night is one of at least six parties across Whitehall from November to December last year when the Government was ordering the public to stay at home and protect the NHS.

How many parties is the Government alleged to have held last year and when did they happen?

Dom’s Gone bash – November 13: Dominic Cummings alleges that the PM held a gathering at his grace-and-favour flat on November 13 last year, the day the adviser was ousted from Downing Street. Mr Cummings also suggested there had been ‘other flat parties’.

Leaving do – November 27: The Prime Minister reportedly gave a speech at a packed Number 10 leaving do for a ‘senior aide’. Sources claimed that ’40 or 50 people’ were present.

Christmas party – December 18: Staff in Downing Street are believed to have held a Christmas party, with reports that dozens of people attended the event, some wearing festive jumpers and exchanging Secret Santa presents. London had been placed into Tier 3 restrictions on December 16 – the highest level of curbs on freedoms at the time which banned people from different households mixing indoors. Downing Street has said Boris Johnson did not attend the event.

Quiz night – December: Sources told the BBC that a separate Christmas quiz event was held for Number 10 staff at some point in December. Everyone was apparently invited to attend and to form teams. One source said some people attended virtually via Zoom but others did attend in person and sat in groups of six. Downing Street has insisted the quiz was ‘virtual’.

… AND ELSEWHERE IN WHITEHALL

December 10: Then-education secretary Gavin Williamson hosted a Department for Education party for ‘up to 24 people’ on December 10. The gathering, which included food and drink, took place in the department’s canteen. The department has admitted the event happened.

December 14: About 25 people gathered in the basement of the Conservative party’s Matthew Parker St offices in Westminster. The Times reported last night that advisers at Conservative campaign headquarters held an event with Shaun Bailey, the party’s unsuccessful candidate for mayor of London this May.