BORIS Johnson today lampooned Sir Keir Starmer for being "out of his tiny mind" during a blazing PMQs bust-up.

As the Commons became a baying bear pit, the PM went on the attack after coming under fire from his Labour foe. 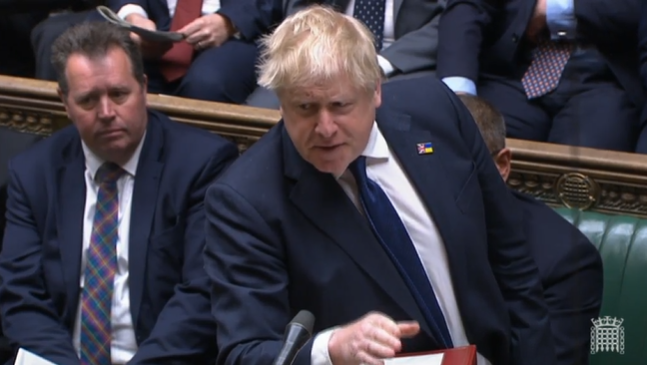 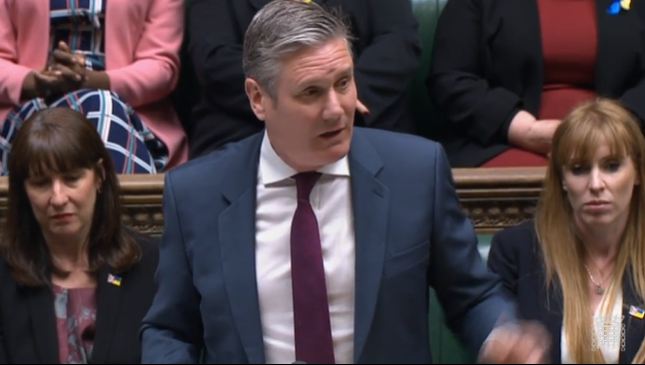 The pair furiously traded blows over Partygate and the PM's pot shot at the Archbishop of Canterbury and the BBC.

Mr Johnson last night tore into the cleric and BBC for criticising his deal to send migrants to Rwanda for processing.

He told them it was a "good policy despite criticism from the misconstrued BBC and certain members of the clergy… who have been less vociferous on Easter Sunday of Putin," sources said.

During their weekly duel Sir Keir accused the PM of "slandering decent people" like Beeb war reporters currently in Ukraine.

An incensed Mr Johnson fired back that Sir Keir was a "Corbynista in a smart Islington suit" and pointed out he campaigned to get the left-winger into No10.

And he blasted: "How can the Prime Minister claim to be a patriot when he deliberately attacks and degrades the institutions of our great country?"

The PM denied he was attacking the BBC's coverage of Ukraine and demanded the Labour retracted the comment.

Mr Johnson said: "It is an indication of the depths to which he's willing to sink that he accuses me of traducing journalists – what he says is completely without any foundation whatever.

"I did not attack the BBC last night – for their coverage of Ukraine? He must be out of his tiny mind.

Only Fools and Horses' Raquel and Cassandra unrecognisable on Loose Women

"I said no such thing and there are people behind who will testify to that. He's completely wrong."

Tensions boiled over after Sir Keir kept up the pressure on Partygate, asking why No10 staffers have been turfed out while Mr Johnson refuses to resign.

Keen to move past the saga, the PM said Labour were "intellectually bankrupt" and refused to discuss important matters like Ukraine.