Boris Johnson takes aim at Rishi Sunak, the ‘silent assassin’, having not spoken to the former Chancellor since his dramatic resignation from the Cabinet

Boris Johnson has not spoken to Rishi Sunak since the morning of the former Chancellor’s dramatic resignation from the Cabinet, Government sources have revealed.

In the most vivid sign yet of the ‘cold war’ estrangement between the two former colleagues, the pair failed to even acknowledge each other when they passed in the Commons recently.

It came as No 10 released pictures of Mr Johnson wielding high-powered weaponry while visiting Ukrainian troops training on a British Army base in Mr Sunak’s North Yorkshire constituency.

At the centre of the dispute is the issue of whether Mr Sunak gave the Prime Minister any notice of his intention to quit on July 5 – which set in train the sequence of events that led to Mr Johnson being ousted from office. 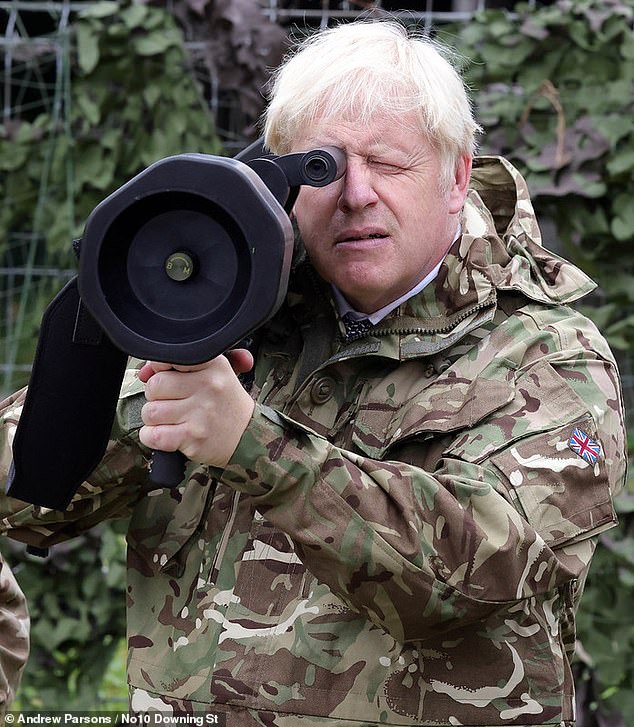 Despite claims that Mr Sunak had phoned the Prime Minister minutes before he resigned, Government sources say the last time the two men spoke before Mr Sunak quit was at that day’s Cabinet meeting.

A source close to Mr Sunak said last night that it was true they had not communicated since then – but only because Mr Johnson had not picked up Mr Sunak’s call before his resignation.

The Prime Minister donned a camouflage jacket as he took part in a training exercise on Thursday in which he hurled a dummy grenade and manned a machine gun during his trip to the base.

The symbolism of ‘Boris the bazooka’ turning up in Mr Sunak’s constituency in fatigues was thrown into stark relief by the words of one of the Prime Minister’s loyal MPs, who said: ‘Rishi hasn’t been to see these Ukrainians, even though its in his own back yard.’ 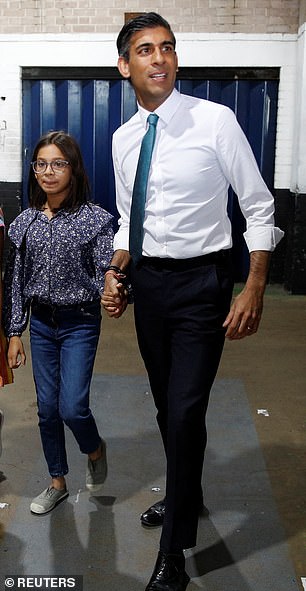 ‘The UK is committed to doing all we can to help Ukraine continue to repel Russian aggression.’

After posting a video of himself in action, Mr Johnson added: ‘I just want you to know that the people of the United Kingdom support the people of Ukraine and support you in your fight. And I am absolutely convinced that you can win and that you will win.’

It comes as allies of rival candidate Liz Truss questioned Mr Sunak’s claims about the furlough scheme during lockdown.

In a new wave of so-called blue-on-blue infighting, they suggested the former Chancellor should not claim full credit for the successful rollout of the scheme, which provided a lifeline to workers throughout the pandemic.

Ms Dorries told those present that BBC chairman Richard Sharp, who was Mr Sunak’s boss at the investment bank Goldman Sachs, was ‘probably the one who came up with furlough’ – not Mr Sunak.

Mr Sharp was brought into the Treasury in 2020 as an adviser when Mr Sunak was Chancellor during the pandemic. He was previously on the Bank of England’s financial policy committee.

Last week Mr Sunak was accused of rewriting history after he took credit for vetoing a national lockdown during the Omicron Covid variant wave last winter.

He told LBC radio: ‘What I did in December was fly back from a Government trip overseas… to stop us sleepwalking into a national lockdown. We were hours away from a press conference that was going to lock us down again. I came back and fought very hard against the system.’

A Whitehall source said: ‘He is rewriting history. It was a massive call and it was made by the PM.’