Shocking video footage captured a priest crash a pickup truck into a lake after he fell asleep behind the wheel in the northeastern Brazilian state of Ceará.

Father Antonio José was driving the parish’s Ford Ranger on highway CE-179, which connects the cities of Sobral and Groaíras, moments before the frightening accident Tuesday.

A motorist who had their cellphone out was able to record the priest driving on the opposite lane just seconds before he sent the pickup truck careening into the lagoon. 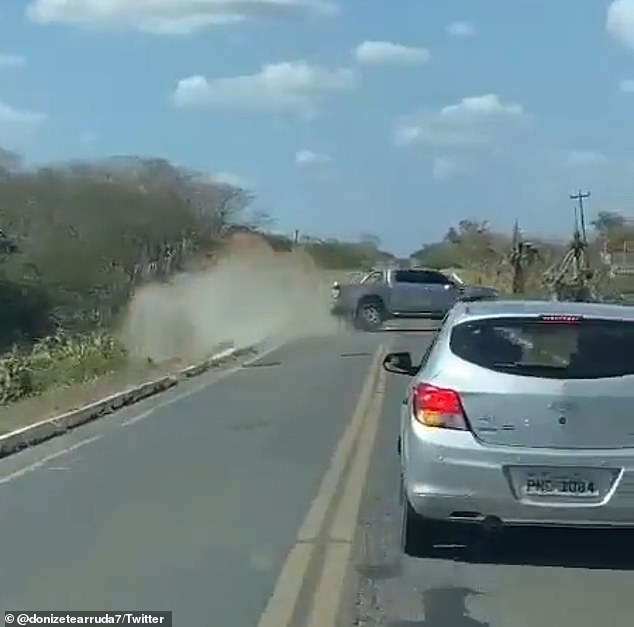 A Ford Ranger pickup truck driven by a priest in Brazil crashed into a lake after he fell asleep behind the wheel on Tuesday. The priest and three other passengers survived the accident while suffering minor injuries 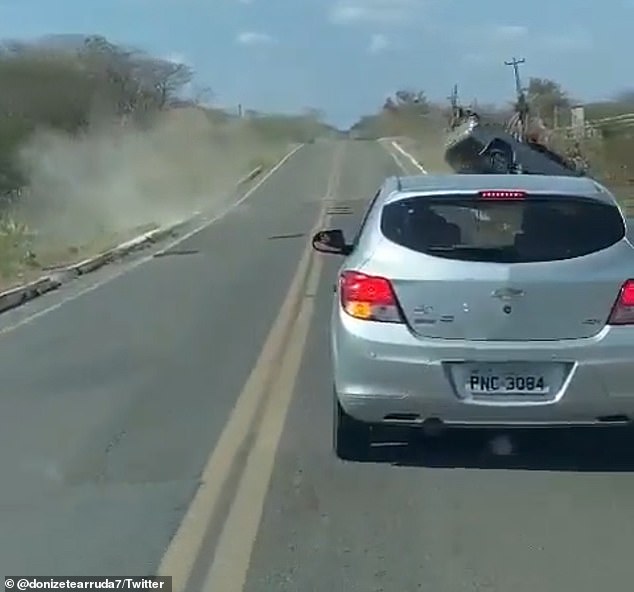 A motorist was tailing another vehicle on highway CE-179, which connects the cities of Sobral and Groaíras in the northeastern state of Ceará, when the pickup truck crashed into a lake 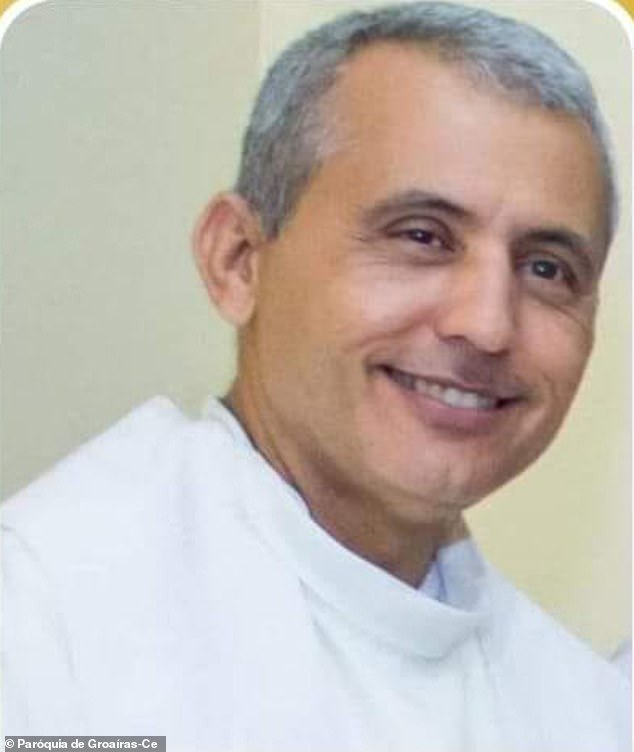 The videos showed the vehicle clipping a short cement barrier right before Father Antonio José was able to regain control of the vehicle.

However, as he swerved back into his corresponding traffic lane and was unable to stay straight on the road. 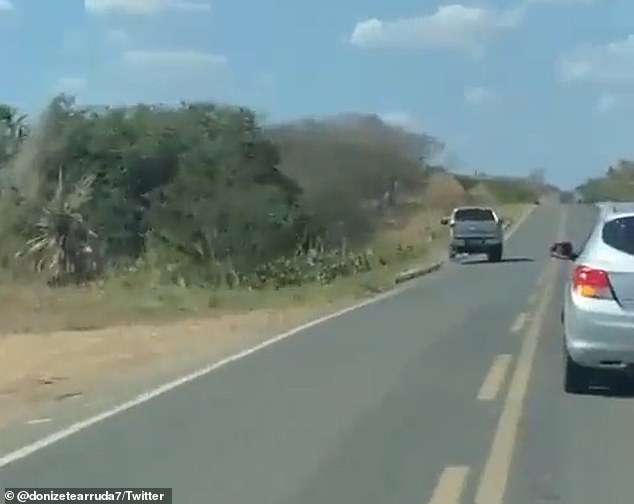 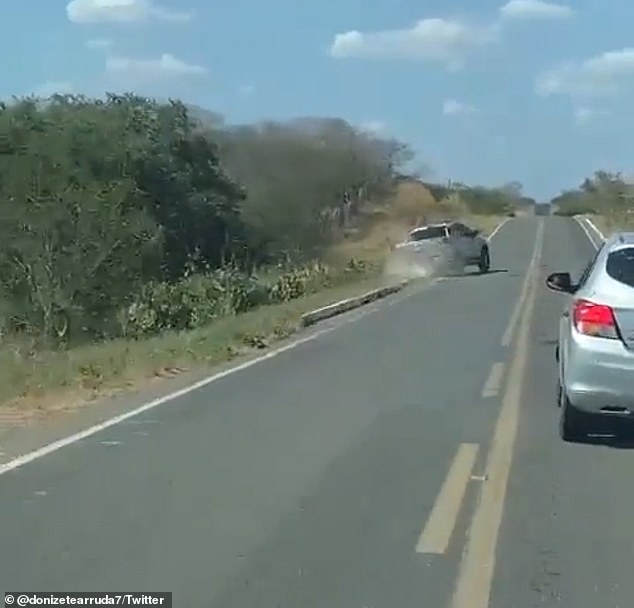 The pickup truck then veered off the highway, overturned and landed inside the lake.

He and the three passengers he was traveling with were rescued and escaped with only minor injuries, according to the Groaíras city government said.

DailyMail.com reached out to the Our Lady of the Rosary church for comment.