Caterpillar found in a backyard looks like Alice in Wonderland worm

A bright blue caterpillar found in an Australian backyard has baffled experts and drawn comparisons to an Alice in Wonderland character.

Tristan Glasson found the insect in the soil of his garden in Canberra and was perplexed by its size and colour.

He posted photos to an animal enthusiast Facebook group where it quickly drew comparisons to Absalom the hookah-smoking blue caterpillar.

Experts are not even sure what species the creature actually is, and believe blue may not be its natural colour. 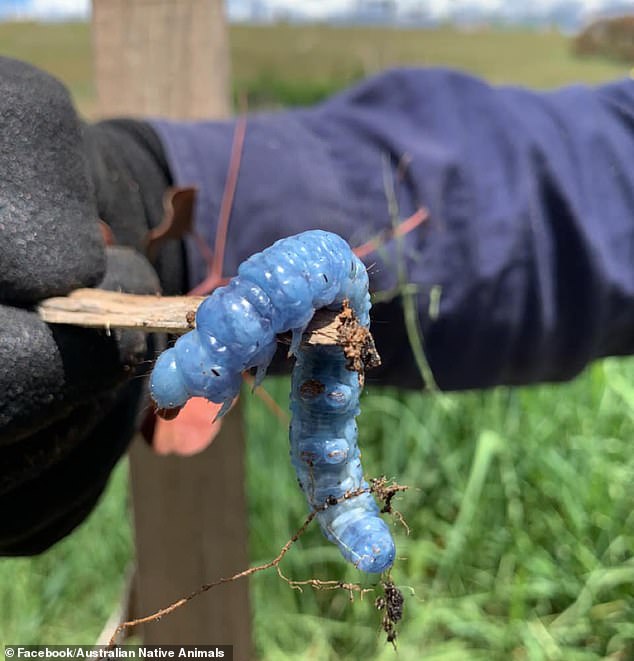 University of Sydney professor of evolutionary biology Nathan Lo believed the insect could be a form of scarab beetle larva, because adults can be quite blue.

However, he said the insect is in fact a different species altogether, but isn’t sure on its exact one.

‘It is a kind of butterfly or moth caterpillar,’ he said.

The insect is remarkably long for what looks to be a caterpillar. The average length of a caterpillar varies between species from as small as 1mm to about 14cm long.

There are known blue-coloured caterpillars like the blue hornworm, but Professor Lo believes this is not one of them.

‘I’m not sure about the species and whether it is native to Australia… it is blue because it is infected by an Iridovirus,’ he said.

‘The structure of the virus causes crystals to be formed inside the insect that lead to its blue colour. But I’ve never seen one that blue.’ 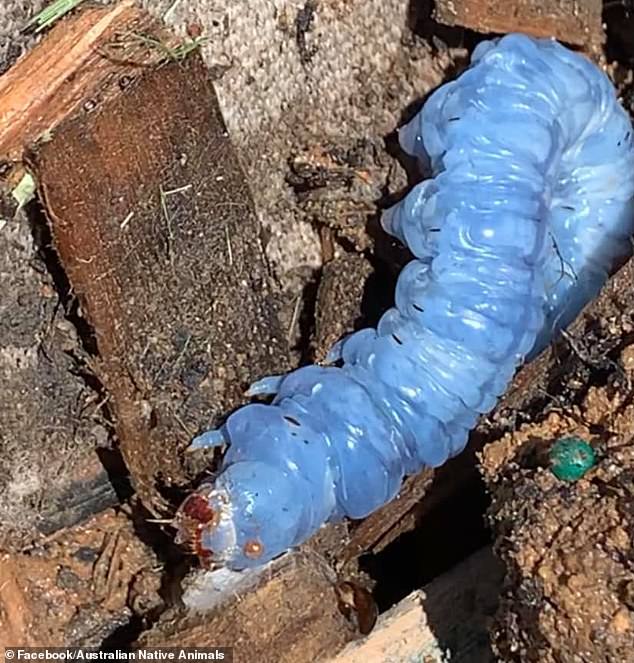 Some think the caterpillar may be infected with Iridovirus, which can alter a caterpillar’s pigmentation to blue/blueish-purple and shorten its lifespan 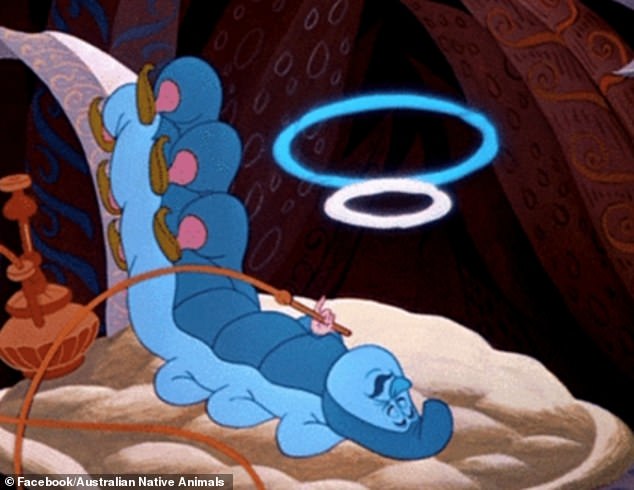 The Alice in Wonderland character is based on the blue hornworm, which known for eating tobacco leaves.

‘It was a bit weirder [to find it] than I was expecting to be honest,’ he said.

‘[I was expecting to find a] normal whitchetty grub, not a giant angry blue one.’