While public attention this week was on the violent protests which stained Melbourne’s streets and some of our most cherished monuments, one of the more significant revelations was a fracturing around the state government’s inner and outer decision-making. 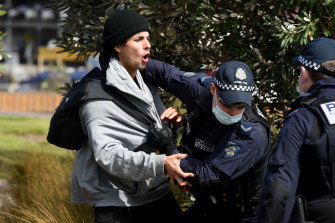 In a crisis such as a pandemic, any government will struggle if it cannot become, and remain, a trusted source of information and direction. For that reason, a report earlier this week that there is mounting division within the Andrews government over the interpretation and application of health advice was significant for two reasons.

First, that among the crisis cabinet of eight ministers there was disagreement is likely to be understating the potential division across the full cabinet and indeed throughout the Labor caucus.

Secondly, that competing voices within the upper echelons of the government are briefing alternative narratives, is poison for any cabinet.

This points undeniably to a lack of contestability to date within the broader councils of the government. The normal co-ordinating processes between ministers and stakeholders do not appear to be working as well as they should.

So much was evidenced, for example, by the scathing responses from industry groups to last week’s road map, which looked like a belated response to escalating anger across the community at the absence of any pathway back to normality.

Paul Guerra, the chief executive officer of the Chamber of Commerce and Industry, coined the phrase of the week when he said that, “Victorian businesses wanted a pathway to prosperity, but instead we got a road map with roadblocks.”

As incisive as this comment was, what struck me about this remark was that a key industry stakeholder would typically only respond in this manner to such an announcement if it had not been properly consulted. 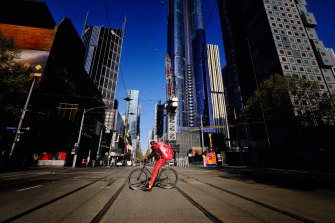 Just why not is hard to comprehend but easy to explain. You sense that the government simply relented to intensifying criticism over the lack of a plan to recovery that it decided it had to rush something, anything, out.

Plainly though, the centralising tendencies of the government during this recent phase of the pandemic is drawing much heavier fire now, just when its aim should be to work closely with every stakeholder organisation and group it can engage.

Bringing people on board and giving them a seat around the table might militate against every political instinct the government possesses, but it is essential if it wants to build, or salvage, broad public confidence in, and a consensus around, its pandemic strategy.

But contestability is not only achieved through wider consultation as important as that is. Its benefits are also realised when checks and balances in our system operate as they should.

Take, for instance, the judicial branch of our government. It is constitutionally independent but has largely accepted the impositions that public health orders have imposed, even on its own operations.

But to test public health advice is not necessarily to doubt it. It is to ensure that the government and authorised health officers are exercising power proportionately, consistently and soundly on the best data and information available.

This is Parliament’s role too. But it has been muzzled to a significant extent and the reports which the government has tabled on the impact of public health measures on basic rights and freedoms are so general that they shed little light on whether the principles I’ve mentioned are being faithfully applied.

Our judiciary, as a separate branch of government, can and should satisfy itself that public health measures which affect its own independent operations acquit these principles. 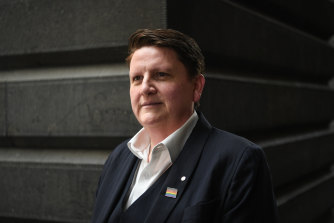 When recently, the respected head of the Victorian Equal Opportunity and Human Rights Commission, Ro Allen, was asked on ABC Radio about the impact of public health measures on human rights, the commissioner’s response was, in general terms, that a balance needs to be struck in these situations.

This, of course, is very true. But the Commission has an important opportunity here. It can scrutinise closely who is making significant decisions to encumber basic rights and freedoms and whether such decisions are directly based on health advice while also being proportionate and consistently applied.

Increasingly, broad public acceptance of ongoing restrictions is giving way to criticism, and not just because of the duration of ongoing impositions that are keeping loved ones apart, students at home and businesses shuttered.

It’s the many disparities and selectivity of restrictions that can no longer be rationalised, if ever they could be.

Consultation and contestability are two key ways to temper the government’s instinctive orientation towards centralisation. And doing so will give the government the best chance to reverse the currents of recent weeks and build on that unity of purpose our overall response needs.

John Pesutto is a Senior Fellow at the School of Government at Melbourne University and was Victoria’s shadow attorney-general from 2014 to 2018.