Child protection workers within the former Department of Health and Human Services were racist and disparaging towards the Aboriginal families and community-controlled organisation they were supposed to be working with to keep children safe, the Yoorrook Justice Commission has heard.

The historic truth-telling inquiry was also told yesterday that Aboriginal children in Victoria living under permanent placement orders with non-Indigenous foster parents and caregivers were at risk of becoming disconnected from their Indigenous culture. 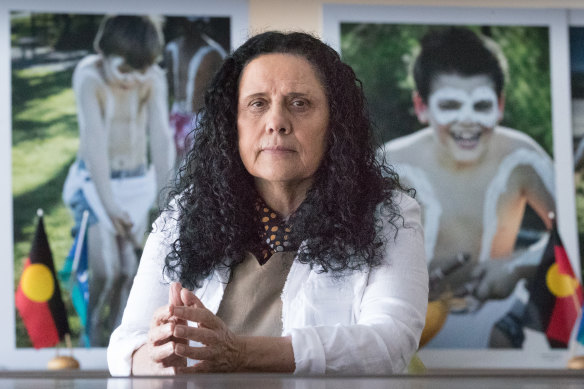 Aunty Glenys Watts, a Gunaikurnai woman, told the commission she and other Indigenous colleagues in the DHHS – renamed the Department of Families, Fairness and Housing in 2021– had made repeated formal complaints about the manner in which child protection workers in the office spoke about Aboriginal families and community-controlled organisations.

Watts, under questioning from counsel assisting Sarala Fitzgerald, said the department was not managed well and its procedures often ignored or neglected appropriate cultural considerations for Aboriginal employees and clients. She said she and other Indigenous employees witnessed racial discrimination within their working environment.

“The child protection workers have a preconceived idea of the Aboriginal person or family before they go there,” Watts said. “The suicides happening around the state are high. How much of that is driven by what is happening to Aboriginal families?”

The chief executive of the Victorian Aboriginal Child Care Agency (VACCA), Muriel Bamblett, told the commission that permanent protection orders – which could be granted to foster parents and caregivers who apply to become custodians of children who have lived in out-of-home care for two years – often “weren’t worth the paper they were printed on”.

She said once the orders were in place, Aboriginal community-controlled child services such as VACCA had “zero oversight” of the cultural appropriateness of the environment in which the child was living. Bamblett said this could work against the best-interest principle for the child.

VACCA is Victoria’s largest provider of services concerning Aboriginal family violence and homelessness. It is an Aboriginal community-controlled organisation that has been supporting children, young people and families for 45 years. 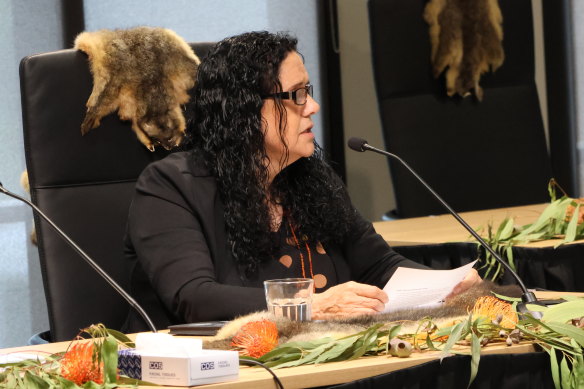 Bamblett at the Yoorrook Justice Commission this week.

“There were 379 children in out-of-home care in Victoria when [the Bringing Them Home report] came out [in 1997]. Mick Dodson said at the time if Australia doesn’t do anything in 10 years’ time, that number would double. Here we are in 2022, and that number is 2600,” Bamblett said.

VACCA made 52 recommendations to the commission to respond to two issues papers on the systemic injustices in child protection and criminal justice.

“Every problem we have today in Victoria’s child protection and criminal justice systems is a direct result of centuries of racist policies, legislation and reinforced discriminatory practice. So many inquiries where successive governments listen but take no action,” Bamblett said.

“Victoria’s infatuation with a system that places less value on the lives and cultures of Aboriginal children needs to stop.

“We need a standalone Aboriginal child protection plan and system run by Aboriginal people if we are to close the gap.”