Home » World News » Could California be a warning sign for Democrats in the fall? Takeaways from the latest primaries

Could California be a warning sign for Democrats in the fall? Takeaways from the latest primaries 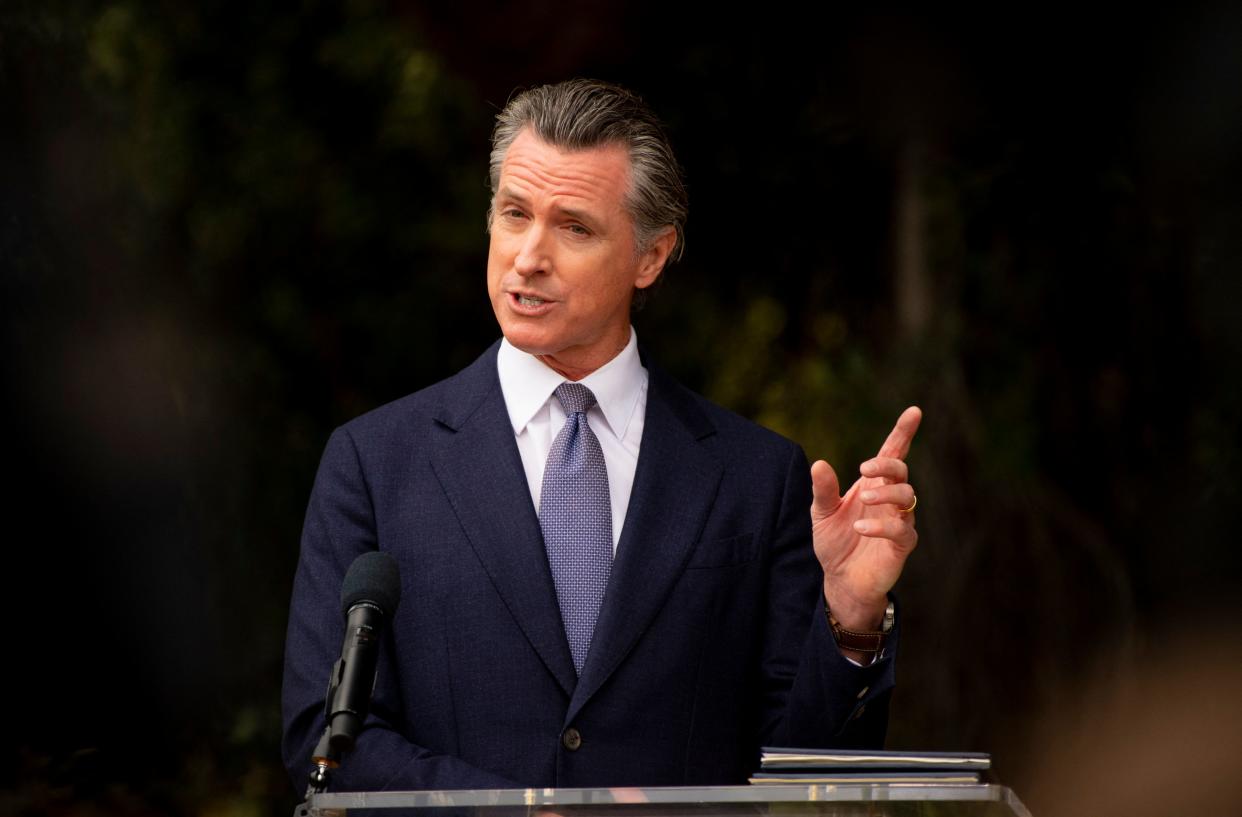 From New Jersey to California, primaries in seven states Tuesday took voters one step further in shaping the landscape in November’s midterm elections and beyond.

In particular, political observers took interest in the expensive race for Los Angeles mayor, where a billionaire mall magnate who switched parties seized the lead after pouring millions into the race.

One thing missing was former President Donald Trump, who dominated the headlines of previous primaries — namely in Georgia, Ohio and Pennsylvania — in important state and federal campaigns through endorsements, rallies and other actions.

But this time, one of the 10 House Republicans who voted to impeach him last year – David Valadao of California – didn’t even have a challenge from a Trump-endorsed opponent.

Here are the big things to think about after Tuesday’s results.

At the top of the California ballot Gov. Gavin Newsom easily won his Democratic primary a year after surviving a recall election. The same went for Democratic U.S. Sen. Alex Padilla, who also coasted to the general election.

But what wasn’t a slam dunk was the race for the mayorship of one of the Golden State’s most important cities, Los Angeles, where U.S. Rep. Karen Bass faced off against billionaire Rick Caruso.

Initial results showed Caruso jumping to an early lead but failing to reach the needed 50% threshold to avoid a runoff. That means the two will have a rematch in November.

For months Bass, a physician assistant turned community organizer, was considered the frontrunner.

That was, until the 68-year-old congresswoman was challenged by Caruso, a 63-year-old hotel tycoon and former city commissioner who had been a Republican for most of his life until he changed parties a month before entering the race.

Caruso also has spent about $13.5 million of his own money in the race, which dwarfs the roughly $3 million Bass has spent.

The campaign has become one of the more divisive contests of 2022, with progressives crying foul over the influence of money in politics. 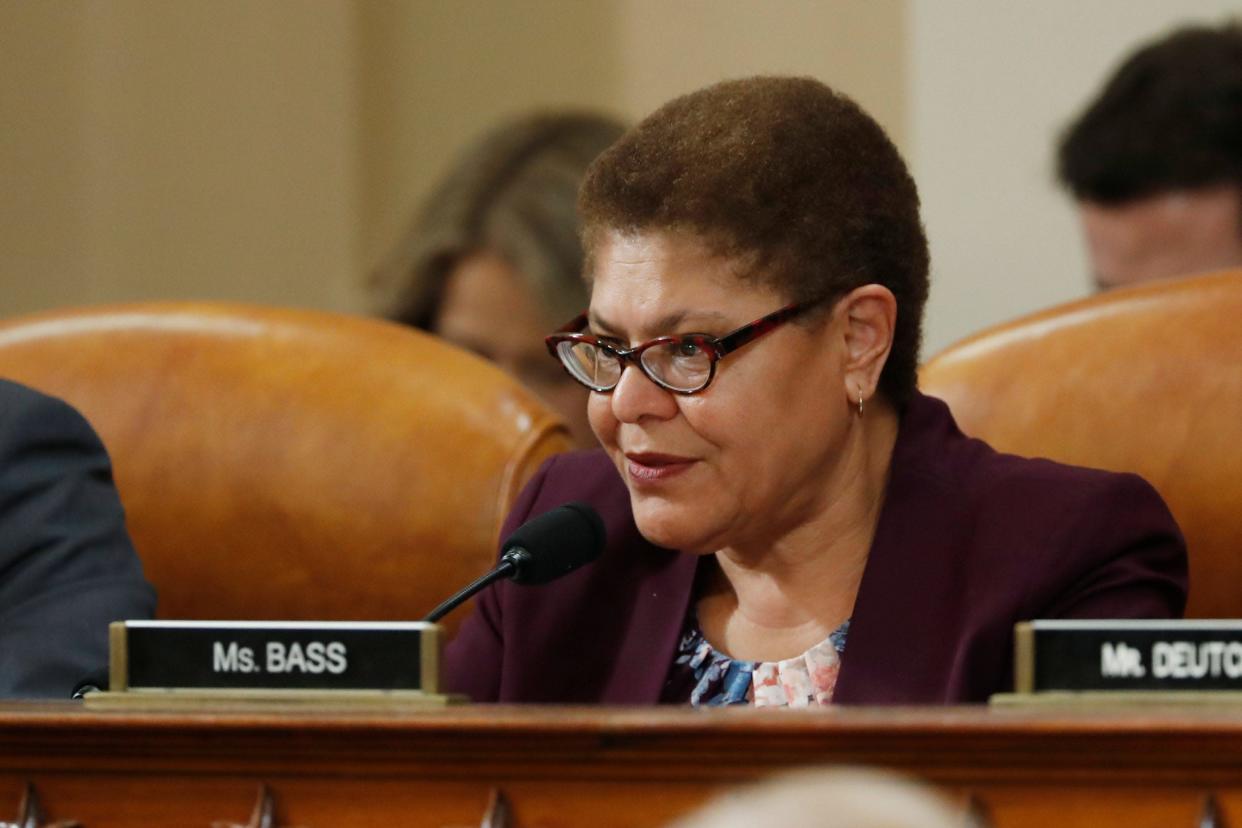 The former public defender was part of a wave of progressive prosecutors who embraced left-leaning activists and their demands to reimagine public safety.

But those criminal justice reform efforts weren’t enough to overcome a severe backlash against Boudin, who was removed from office on Tuesday by voters in arguably the country’s most progressive city. 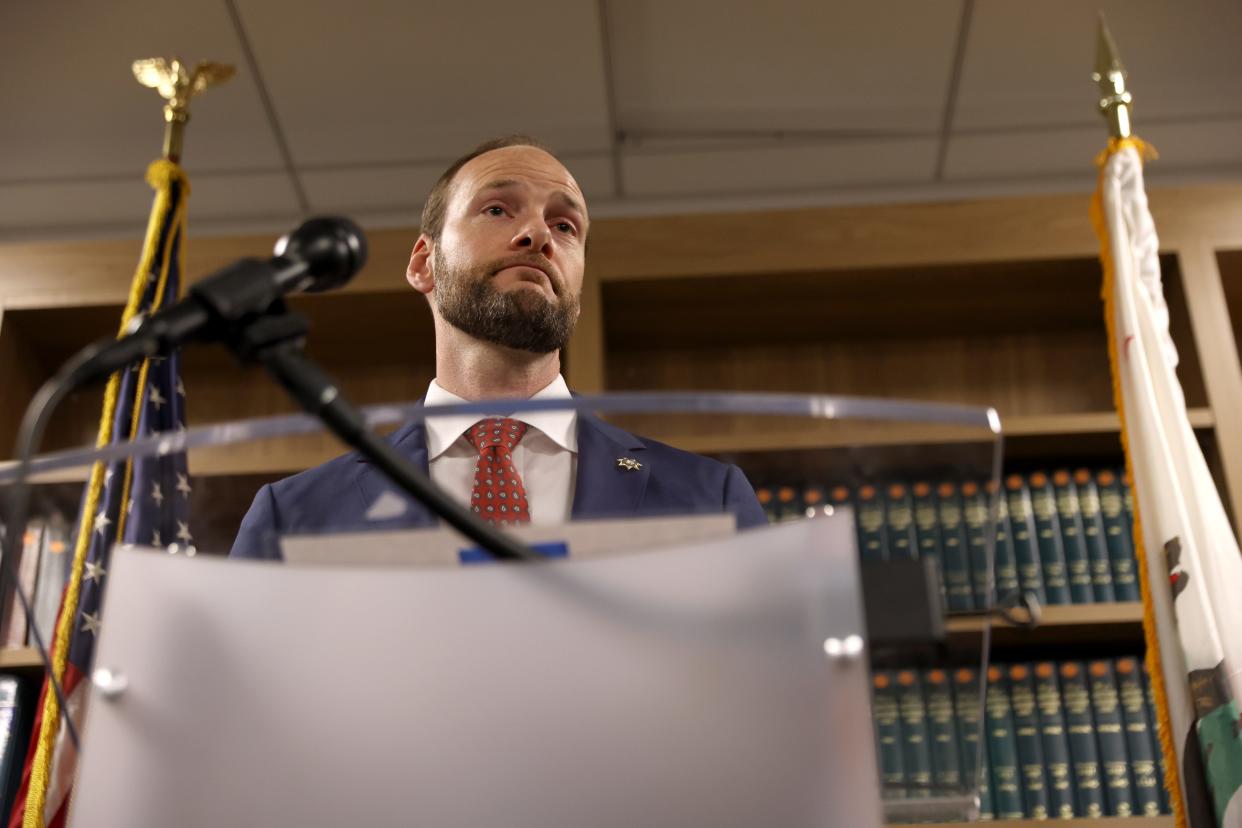 Tuesday’s results showed more than 60% of San Francisco voters supported removing the district attorney, a rebuke that underscores how salient an issue crime has become for voters.

Republicans have already seized on crime and woven it into their 2022 election narrative, and the recall foreshadows how Democrats could face trouble in the fall even as they have tried to distance themselves from the “defund the police” movement that arose from the anti-police brutality protests in 2020.

That means the first-term governor will continue to be an early name for a possible 2024 presidential bid or as a potential VP nominee.

Noem became a star among grassroots conservatives for her hands-off approach to COVID-19 restrictions. She spoke at a pair of Conservative Political Action Conference meetings last year, and she has been on the frontlines of many cultural war issues in 2022.

Today, I announced legislation blocking Action Civics. Our kids should not be forced to choose one political ideology over another or be forced to protest or lobby as part of their education. In South Dakota, we will focus on education, not indoctrination.https://t.co/9v6kPiHfVi

During the Mount Rushmore State’s legislative session, for instance, she pushed for a legislative package that supported prayer in schools; prohibiting critical race theory being taught in classrooms; and banning transgender women and girls from female sports.

Critics have said Noem, a big backer of former President Donald Trump, was inserting issues into the state that didn’t pertain to South Dakota to raise her national profile.

If Trump cares at all about Tuesday’s result, then the former president could be steaming at New Jersey Republicans for letting two particular House members continue to the fall general election.

When the $1.2 trillion infrastructure bill passed last year, it gave President Joe Biden one of his few political wins, and Trump lashed out at GOP lawmakers who supported the measure.

“Very sad that the RINOs in the House and Senate gave Biden and Democrats a victory on the ‘non-Infrastructure’ bill. All Republicans who voted for Democrat longevity should be ashamed of themselves,” Trump said in a statement at the time.

U.S. Reps. Chris Smith and Jeff Van Drew, two of the 13 House Republicans who backed the proposal, survived their primaries.

New Mexico Gov. Michelle Lujan Grisham didn’t have to sweat on primary night, as she didn’t have a challenger in her Democratic primary.

Lujan Grisham, with help from a Democratic-controlled legislature, has quietly become one of the party’s rising stars, enacting gun control measures and laws that have protected abortion access.

Democrats control every statewide elected office, including the five-seat state Supreme Court, but Republicans are salivating at the chance of flipping the governorship now that former meteorologist Mark Ronchetti won the GOP primary on Tuesday.

Political observers were quick to say the elections this fall will be more competitive with Ronchetti, a well-known TV personality and a former U.S. Senate candidate who ran as an outsider, as the Republican nominee.

“Ronchetti is the only candidate who could make it competitive,” Jessica Taylor of the nonpartisan Cook Political Report said in a tweet Tuesday.

2020 Sen nominee/weatherman Mark Ronchetti easily wins #NMGov primary to face Gov. Lujan Grisham. The Dem incumbent has $$ but this is just a D+3 state in our PVI and Ronchetti is the only candidate who could make it competitive. We’re moving our rating from Likely to Lean D pic.twitter.com/U1VisdeAAl

As a result, she said, their forecast for the gubernatorial election has shifted from “likely” to “lean” Democratic, which provides the GOP with a glimmer of hope.