Home » World News » Councillor, 56, lied to police that prostitute was a workcolleague

Councillor, 56, lied to police that prostitute was a workcolleague

Councillor, 56, caught with prostitute in his car after kerb crawling lied to police that she was a colleague from work

A councillor who was caught with a prostitute after kerb crawling in his car later lied to police that she was a work colleague.

Former Labour member turned independent Chris Evans, 56, had been prowling the street in a ‘moment of madness’ before being stopped by police.

A court heard he was found with a prostitute in his car near an Asda supermarket – and was recognised as a councillor by a passing police officer.

Prosecutor Natasha Roberts said a police officer had been searching for another man when he came across the pair in Pillgwenlly docklands area of Newport, Gwent.

She said: ‘The officer walked up to the vehicle to check if the wanted male had been seen by the driver. He recognised the driver as a local councillor, having been in meetings with him. 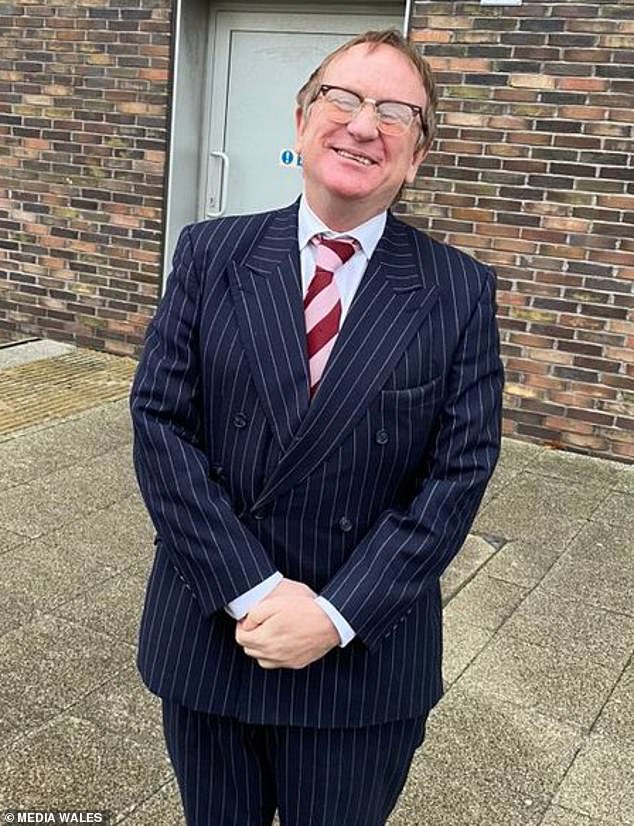 Councillor Chris Evans, 56, currently serving as an independent, appeared at Newport Magistrates’ Court today and received a conditional discharge after pleading guilty to soliciting the services of a prostitute

Ms Roberts said the officer then recognised the woman as a prostitute and when he asked Evans his business the councillor replied: ‘Er I work with her..’

Ms Roberts said when the officer found Evans ‘unconvincing’ and when he later checked with the woman she described him as ‘a punter.’

Evans, of Rogerstone, Newport, pleaded guilty to soliciting a prostitute on May 25 last year.

Rod Young, defending said Evans had already lost his job as an advertising executive and was set to lose his position on the council.

He said: ‘He has pleaded guilty at the first available opportunity. It was a moment of madness is how he has described it. The defendant is a respected member of the community.

‘He has helped prostitutes and the homeless in the Pill area which ironically is how he was known to the officer.’

Mr Young added: ‘He concedes her services were discussed but there was no sexual relations between them and no money changed hands.

‘If he were not a well-known face, he wouldn’t be here today. If he had gone through with it, we will never know.

‘He has lost his job as a senior advertising manager with Newsquest and is resigned to losing his position as a councillor.

‘Unfortunately the law is the law and he has to suffer the consequences. He lost his job around two months ago and is claiming Universal Credit.

‘He has been suspended from the council for the best part of six months and precluded from sitting on certain committees.’ 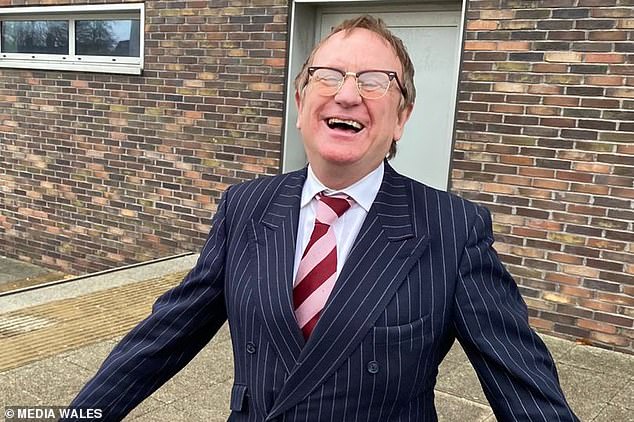 Evans’ lawyer told the court his client was already resigned to losing the councillor role but the defendant told WalesOnline after the hearing he had yet to decide on his position, adding: ‘Don’t push me anymore. Let me have time to have a think. There is no rule that I have to’

Chair Shijil Miah told him: ‘You have quite decently admitted to this guilt rather than trying to avoid or prolong it, dragging it through a trial, even though it has a huge impact on your life.

‘You lost your job and your position as a councillor, and the fact it profoundly affected your mental health.’

Independent councillor Evans was first elected to Newport City Council in 2012 as a member of the Labour Party.

He was suspended from the party four years later and became an independent.

Evans, of Rogerstone, Newport, was re-elected in the 2017 elections and is listed at a governor at two local schools.