Covid passes for nightclubs in Wales are approved by ONE vote

Covid passes are set to be introduced in Wales after the Welsh Government won a tight vote by one because an opposing Conservative member could not log onto Zoom.

The measure will come into force from October 11 and means all over-18s would need to present an NHS Covid pass or proof of a negative test to enter nightclubs as well as some large-scale indoor and outdoor events.

Despite opposition parties uniting against the proposals, the Labour members won the Senedd vote 28 for to 27 against.

But Conservative members cited ‘technical difficulties’ for why Member of the Senedd (MS) Gareth Davies did not take part in the vote.

The Senedd is currently using a hybrid model which allows some members to attend meetings in person while others take part virtually over Zoom but last night’s vote has led to some calling for the model to be scrapped. 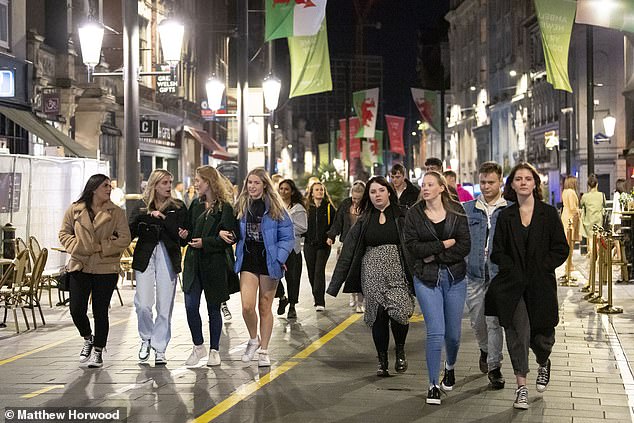 Where will you need a Covid pass in Wales?

Under the new rules passed by the Welsh Government, anyone over 18 must present an NHS Covid pass to enter the following venues and events:

Anyone who is over 16 and has been fully vaccinated in Wales or England, or has had a negative lateral flow test result within the past 48 hours, can get a pass.

People would also be able to show they have had a negative lateral flow test result within the last 48 hours.

Night time economy bosses have branded the vote ‘a shambles’ and demanded a revote following the result.

Ahead of the vote, Conservative MS Darren Millar could be heard telling Presiding Officer Elin Jones: ‘I’m sorry we still have a member who is desperately trying to get into Zoom.’

Ms Jones replied that she would still hold the vote: ‘We have made every opportunity possible for that named member to get in, including sharing my personal phone.’

A statement from Llywydd, Elin Jones MS says that the MS who missed the vote could not be contacted.

It reads: ‘A member was not present for the vote on proposals for Covid passes.

‘I gave every opportunity for the member to be present – including providing ICT support – but the member was unable to be contacted.

‘For members to vote in the Senedd, they must be present, either in the chamber or on Zoom.

‘It is a member’s responsibility to give themselves sufficient time to secure their Zoom connection in time for voting, just as it is for any member travelling to the Senedd to vote.’

The Welsh Conservatives, Plaid Cymru and the single Liberal Democrat member had raised concerns about civil liberties and the details of the plan, which would see the NHS Covid Pass be mandatory for all adults wishing to enter nightclubs or attend certain large events. 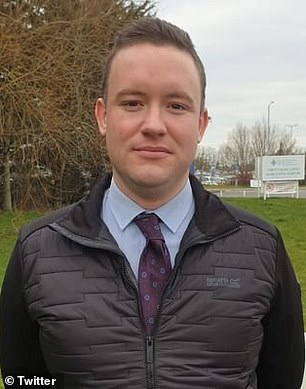 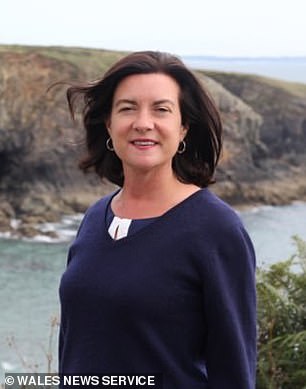 During a debate in the Senedd, health and social care minister Eluned Morgan said the public was on the Government’s side.

‘I want to be clear that the Welsh Labour Government has not suggested the introduction of this measure lightly,’ she said.

She said Wales was facing some of the highest infection rates since the beginning of the pandemic, particularly among young people, and the Government had to take action to prevent super-spreader events.

‘Not supporting this measure today will be an act of gross irresponsibility when it comes to public health in Wales,’ she said.

‘This measure will allow the facilities to stay open in the face and one of the most challenging winters that we are yet to face. 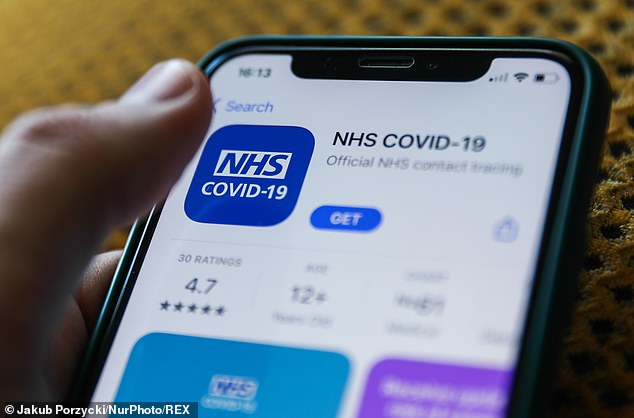 From October 11, anyone aged over 18 will have to present an NHS Covid pass or proof of a negative test to attend nightclubs and some large scale indoor and outdoor events in Wales

‘The public is on our side on this, and they are watching you in this chamber today and I urge you to support this measure.’

Conservative health spokesman Russell George accused of the Welsh Government of a U-turn, having previously ruled out introducing them.

‘I just do not think that we should become a checkpoint society by introducing a vaccine passport,’ Mr George said.

‘There is a wide range of ethical, equality, privacy, legal and operational ramifications of Covid passports.

‘There is a real risk here that the implementation of Covid passes could be a complete disaster.

‘In Scotland, we have seen the rollout has been a disaster there and the Labour Party conference in Brighton was plagued with problems.’ 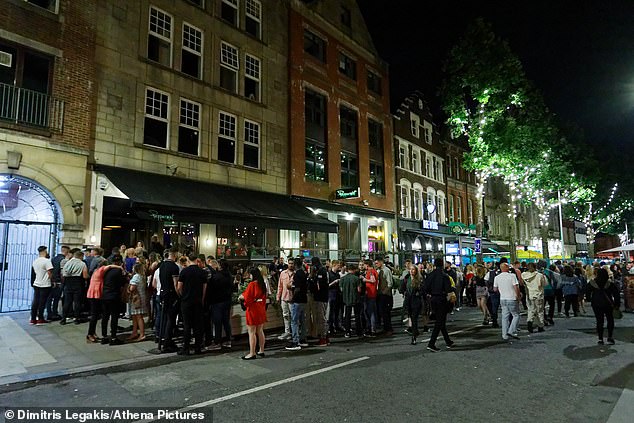 Mr George said the introduction risked creating a two-tier society as some people were unable to be vaccinated for health reasons.

Plaid health spokesman Rhun ap Iorwerth said his party was not against the principle of Covid passes but took issue with the proposals in their current form, including the use of lateral flow tests.

‘We’re not being asked to vote on a principle, we’re voting on a specific set of regulations, and I’m afraid that those regulations, at this point raise more questions than they provide answers,’ he said.

‘We’ve asked many questions and haven’t been given assurances that we have sought, and it is for that reason that we feel unable to support these regulations.’

Members of the Senedd voted 28-27 in favour of the Health Protection (Coronavirus Restrictions) Regulations.

The Night Time Industries Association Wales, which has opposed the introduction of the scheme, called for a fresh vote. 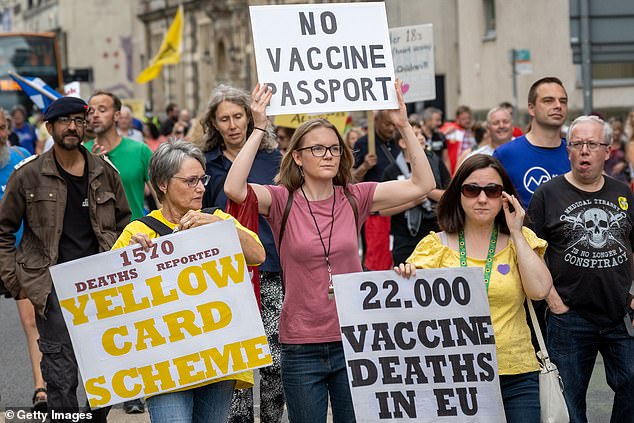 Pictured: Protestors march through the city centre during a protest against vaccine passports on September 18, 2021 in Cardiff, Wales, after the vaccine passport plans were first announced

‘It is a democratic outrage that one MS who wanted to vote, and who would have voted against the proposals, could not, due to a mere technical error,’ a spokesman said.

‘This shambles will cause even more uncertainty for our businesses.

‘There must be an urgent re-vote so that the will of the Senedd can be fairly expressed and businesses have some clarity about the future.’

Hundreds of protestors also gathered outside the building and chanted ‘shame on you’ after the result was confirmed.