Daredevil rides snow scooter tied to the back of an SUV

This is the shocking moment a daredevil was spotted riding a snow scooter tied to an SUV along an icy motorway in Russia.

Footage captured in the city of Voronezh, in the Voronezh Oblast region, shows the man squatting down on the scooter as the SUV reaches speeds of around 56mph.

The scooter rider, who is wearing a red hoodie, holds on with one hand as the white SUV pulls it along the outside lane. 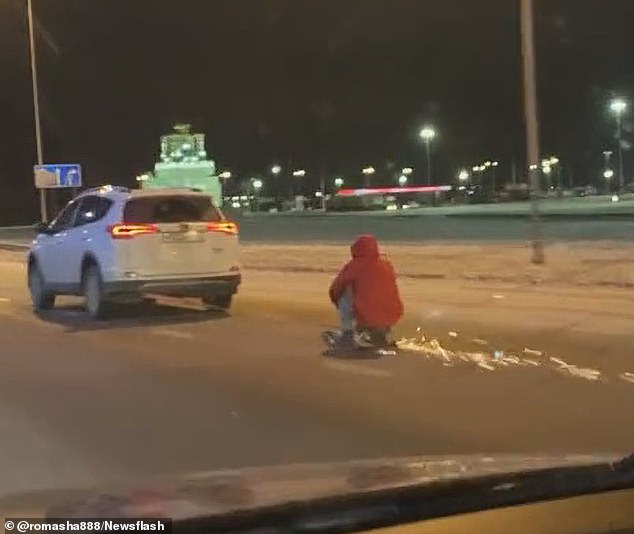 The man holds onto the scooter’s handles and squats as the SUV pulls him along the icy motorway  in the city of Voronezh, Russia

He appears to be using the other hand to help him balance as he tries to keep the scooter blades pointing straight ahead.

Sparks begin to fly from behind the scooter as its blades scrape along the exposed road surface and the Annunciation Cathedral, one of the tallest Eastern Orthodox churches in the world, is seen in the background.

An investigation into the incident has now been launched by the Russian Ministry of Internal Affairs.

In a statement, the Ministry said: ‘According to the published video, the police will establish all the circumstances behind the incident and take action against the offenders.’ 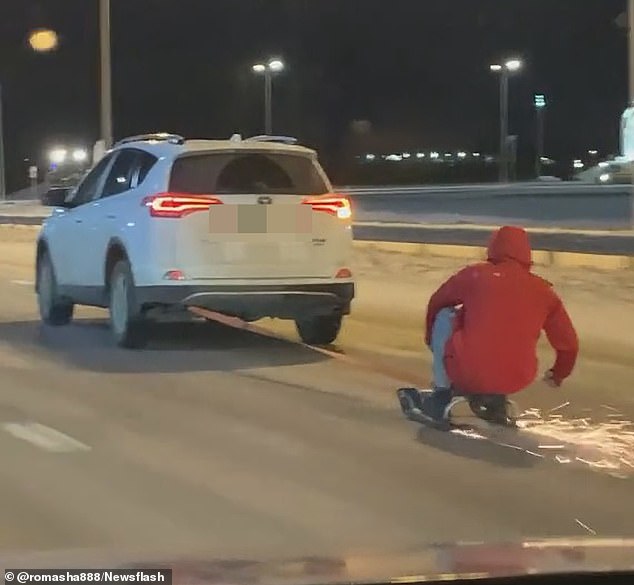 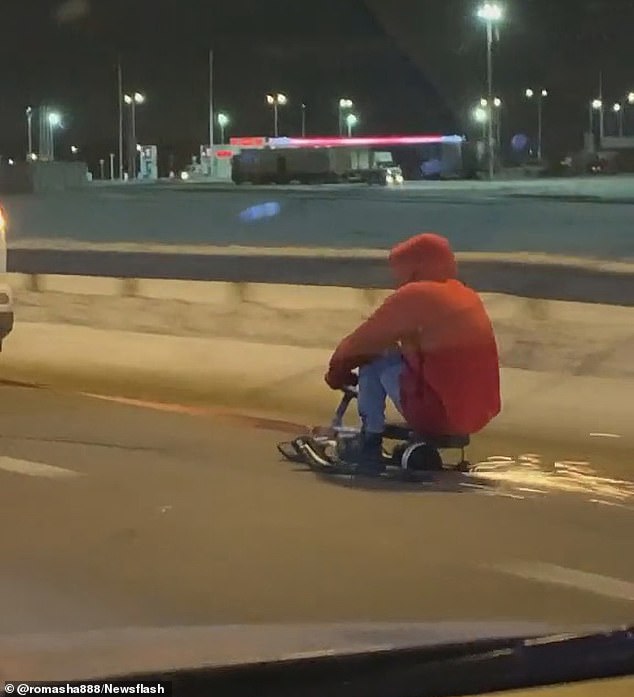