A Washington, D.C. apartment complex is hiring a national security advisory firm to conduct an independent investigation after two men were arrested on Wednesday for allegedly impersonating federal agents.

Arian Taherzadeh, 40, and Haider Ali, 35, were both arrested on Wednesday at a luxury apartment in the Navy Yard area of Washington, D.C.

The men were arrested while the Federal Bureau of Investigations executed a search warrant with the assistance of multiple other federal government agencies at the Crossing, a luxury apartment building in Washington, D.C.

The two men are accused of posing as employees of the Department of Homeland Security who were on a special task force related to the Jan. 6 Capitol riot. Prosecutors allege that the men posed as law enforcement officers in order to integrate with legitimate federal agents.

One witness who’s also a member of the Secret Service told federal law enforcement officers during the investigation into the men that Taherzadeh also has access to “all floors of the apartment,” including some restricted areas. The witness says that he was able to get this access by speaking with the apartment complex’s management and identifying himself as a federal agent.

Residents of the apartment complex also believe that the men have access to their personal information, according to a court filing.

A court filing by prosecutors on Friday states that “a box of documents with profiles of individual people” and “a binder containing a list of residents, apartment numbers, and contact information” were found when federal agents executed the search warrant.

On Saturday afternoon, the Crossing’s management told residents that it is hiring a national security advisory firm, Martin+Crumpton Group, to perform an independent investigation of the incident and provide security recommendations, according to an email obtained by Fox News Digital.

“We are engaging Martin+Crumpton Group, an advisory firm with expertise in national security, intelligence and cybersecurity, to perform a separate independent investigation. Their teams will analyze our operations and conduct a complete audit of the incidents surrounding the two residents who were recently arrested. They will provide a set of recommendations to enhance all aspects of our safety and security protocols,” the email states.

The management also wrote that the owner of the building, Tishman Speyer, is bringing a team of security experts to conduct “a thorough examination of the building’s security systems and protocols to identify and address any potential breaches.”

The email states that if any of the investigations uncover breaches of privacy or security concerns, they will be addressed immediately. 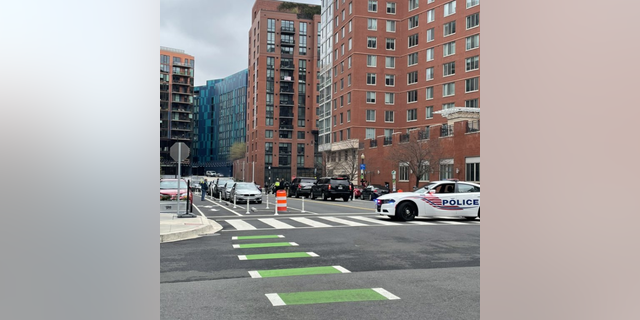 On Saturday afternoon, the Crossing’s management told residents that “all building access controls” will be reset next week “as a precautionary measure,” which will require a reset of access cards and phone applications.

A resident who lives at the apartment building told Fox News Digital that access cards and a phone application are used to access different parts of the building.

FBI agents also interviewed residents in the apartment building, according to an email sent to residents. 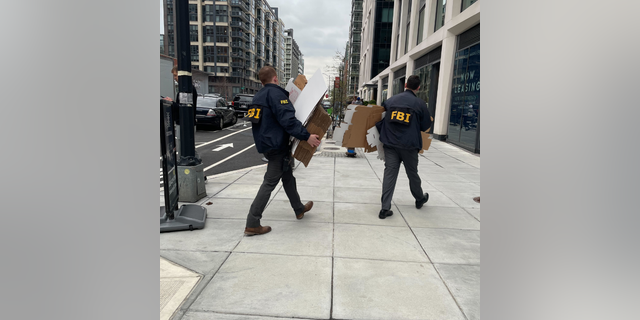 Federal prosecutors have filed a motion to detain the men before their trial. The next hearing is on Monday.

On Wednesday, federal law enforcement officers recovered multiple firearms as well as ammunition while executing a search warrant. According to a court filing by federal prosecutors on Wednesday morning, “numerous electronic devices” were also found, including a “significant” amount of surveillance equipment, 30 hard drives, a machine that creates and programs Personal Identification Verification cards, and blank cards with chips.