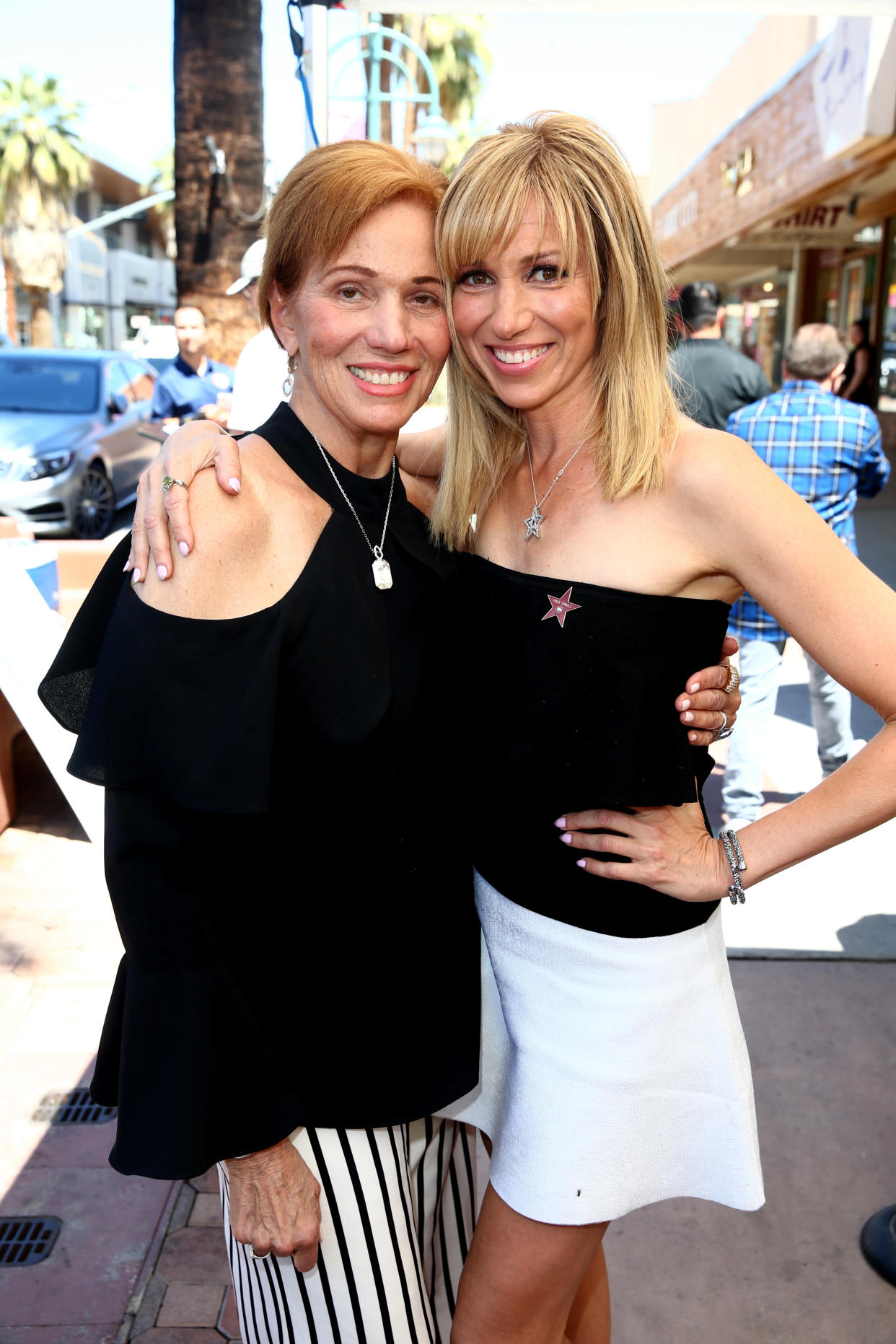 Diane Gibson, the pop matriarch who guided her daughter Debbie Gibson to massive teen stardom in the 1980s, has died. Debbie broke the news in an emotional Instagram essay on Thursday morning.

“Diane loved fiercely, protected those she cared about with every fiber of her being, and with no college education and no show biz connections went on to become a bold and groundbreaking Music Manager in what was a man’s world,” Debbie wrote. Self-taught and street smart, a force of nature and the OG ‘Momager,’ guided by her intuition, love of music, and the desire to help see my vision to its fullest potential, she stopped at nothing to help get my music heard leaving an undeniable mark on the world and its cultural landscape. I quite literally couldn’t have done any of this without her.

“‘I could never love again the way I loved you’… and will continue to love you,” Debbie concluded, quoting the chorus her 1987 hit ballad “Foolish Beat.” No cause of death was mentioned.

Debbie Gibson still holds the record as the youngest female artist to write, produce, and perform a Billboard Hot 100 No. 1 single, a feat she accomplished at age 17 with “Foolish Beat.” The now 51-year-old singer-songwriter has always credited Diane for her success, and for helping her avoid the pitfalls that so many other, more troubled child stars face. "She did not care about her reputation as much as she cared about me turning out sane and healthy," Debbie wrote.

Diane, a former office manager in the medical field and a mother of four daughters, had no music business experience prior managing Debbie's career. When Debbie was 12 years old, Diane used the Fed Ex in her office to ship a cassette recording of Debbie’s original composition “I Come From America,” performed on a Casio keyboard, to New York’s WOR Radio, just in time to meet the station’s contest deadline. The song ended winning a first prize of $1,000 and WOR airplay, and Diane then convinced a relative to loan her $10,000 to build a recording studio in the Gibson family garage.

Diane soon became Debbie’s official manager, famously chaperoning her high school-age daughter at nightclub gigs. Once record labels took notice, she fought for Debbie to maintain creative control and a clean-cut, age-appropriate image. Debbie eventually signed a development deal with Atlantic Records in 1986 and set a template for female teen pop artists (Taylor Swift, Billie Eilish, Lorde, Olivia Rodrigo), calling the shots — i.e., writing and producing their own material. Debbie was recognized by ASCAP as Songwriter of the Year, along with Bruce Springsteen, in 1989, when she was 19 years old.

“Throughout the years, Diane educated herself in the ways of publishing and record deals and would sit at conference tables full of record execs in suits who were smugly thinking. “Oh, it’s the Mom…we can surely pull a fast one on her!” Well, they couldn’t! She knew how hard I was working…to the point of panic attacks and fatigue…and by God, she was going to ensure that I was compensated as fairly as any other artist,” Debbie wrote in a 2011. birthday tribute to her mother. “She fought for my right to be able to record my original songs and produce or co produce and arrange… She backed me up when no one else would. This is not wasted on me to this day. I heard Tiffany say in concert just last month that she too was writing music at the time but she did not have people by her side empowering and encouraging her. She has now turned into a wonderful writer… Much harder without the support. Everyone should have a ‘Diane Gibson’ in their corner! Most do not.”

Debbie — who recently released The Body Remembers, her first studio album of original songs in 20 years — and Diane parted ways professionally after working together for 25 years, but they remained close. “We went through all the ups and downs and twists and turns of a true partnership but our relationship landed at the most loving and lovely juncture,” Debbie wrote Thursday. “She also discovered and mentored my current manager Heather and Mama got to see the fruits our labor come to fruition this year and to witness my true second act unfold with such pride and joy one cannot imagine. And I spoke of her and celebrated her round every turn because I have such perspective now and can’t quite figure out how she did all she did for me and everyone around her.”