Washington: The US has inked a new pact with Pacific leaders as part of an unprecedented summit designed to step up its efforts in the region and curtail China’s growing influence.

Admitting that the Pacific Islands have been given “short shrift” for years, the Biden administration has sought to make amends by inviting regional leaders to Washington for a two-day forum to address issues such as climate change, maritime security, the pandemic response and economic recovery. 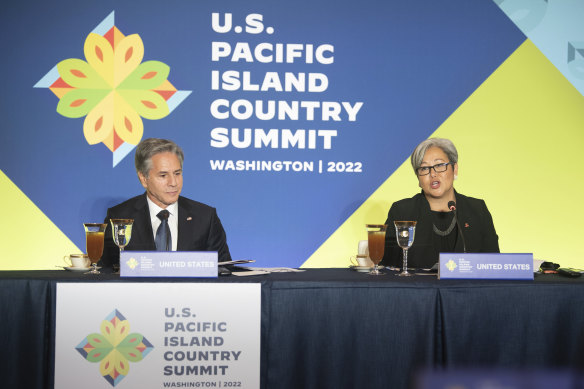 Opening the session at the US State Department today, Secretary of State Antony Blinken said the two sides had agreed to “a declaration of partnership between the US and the Pacific”.

The declaration – which is expected to be formally unveiled when President Joe Biden hosts the group at the White House tomorrow – is meant to provide a framework for heightened US engagement in the Pacific.

According to Blinken, it showed a “shared vision for the future” which he said “recognises that only by working together can we actually tackle the biggest challenges of our time, that confront all of our citizens.” 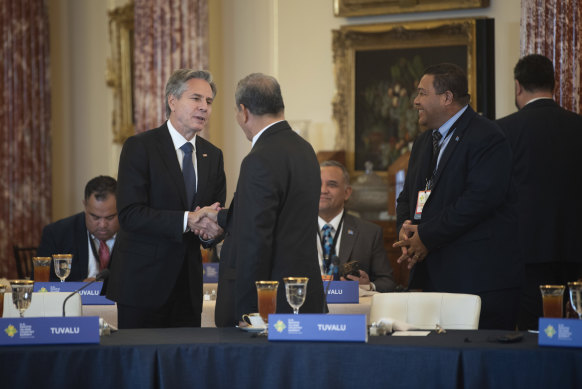 “What I hope you take away from these engagements is that the United States shares your vision, and we are committed to help realise it,” Blinken told the group of about a dozen countries.

Among the initiatives touted by the US is the expansion of diplomatic missions among Pacific island nations; the creation of a new ambassador’s post to the Pacific Islands Forum; and the re-establishment a US Agency for International Development mission in Fiji.

Pacific nations will also be helped to build and upgrade submarine cables to improve communications networks, and will be assisted to thwart future disease outbreaks.

The enhanced partnership comes after the US and its allies were shaken earlier this year after China and Solomon Islands signed a new security agreement, prompting fears that Beijing could use it to establish a military foothold in the Pacific nation less than 2000 kilometres off Australia’s east coast.

Last week, Solomon Islands Prime Minister Manasseh Sogavare also used an address to the United Nations General Assembly to argue that his country had been subjected to “a barrage of unwarranted and misplaced criticisms, misinformation and intimidation” since formalising diplomatic relations with China in 2019.

Today, however, the Solomon Islands was one of about a dozen Pacific nations to take part in the summit, alongside nations such as Fiji, Palau, Tonga, Samoa and New Caledonia.

The attendance of the island nation came amid reports earlier this week that it was unlikely to sign on to a multi-part declaration with the US, raising doubts about whether there would be a consensus among the countries involved.

Asked to confirm today if the Solomon Islands had agreed to the declaration, State Department spokesman Ned Price declined to answer directly, other than to say: “I will, for now, so as not to spoil some of the surprise for tomorrow, just say that we’ve been in a position to make tremendous progress. 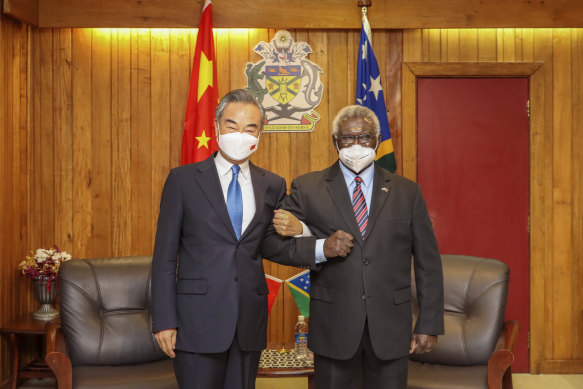 “We’ve been gratified by the constructive conversations that we’ve had with Pacific Island attendees and we’ll have more to say on this tomorrow [when Biden hosts the leaders],” Price said.

While China’s ambitions in the Indo-Pacific have been a growing concern for the US, the key priority for many Pacific Island leaders is climate change. Washington has also made clear that it wants to step up its efforts in the region, and analysts have also questioned whether the effort the US is now making will be ongoing – or if it’s just a reaction to Beijing’s influence.

One senior official admitted this week that “sometimes in that Indo-Pacific formulation, the region that gets short shrift is the Pacific.”

Charles Edel, the Australia chair of the Centre for Strategic and International Studies, said he agreed with the assessment, saying that “over the last decade the Pacific indeed has gotten short shrift from Washington: under resourcing less than laser focus on it and frankly, less understanding about why this region matters so much.”

“But really over the last couple of months, you can see that the wheels of government are working to bring this area to the fore,” he said.

“They’ve obviously been cranking the policy levers over the last six months. Now the questions is not whether those initiatives become ‘one offs’ but sustained engagement with the region, too.”