Derek Chauvin found guilty for the murder of George Floyd

The jury found Mr Chauvin guilty of second degree murder, guilty of third degree murder and guilty of involuntary manslaughter. Earlier today, the jury said it had reached a verdict on its second day of deliberations in the trial of former Minneapolis police officer Chauvin. The 12 jurors found 45-year-old Chauvin criminally liable in Mr Floyd’s death. Sentencing will take place in eight-weeks’ time.

The former police officer had been charged with murder and manslaughter after kneeling on the neck of a dying George Floyd during an arrest in May 2020.

The 12 jurors considered three weeks of testimony from a total of 45 witnesses, which included bystanders, police officials and medical experts. 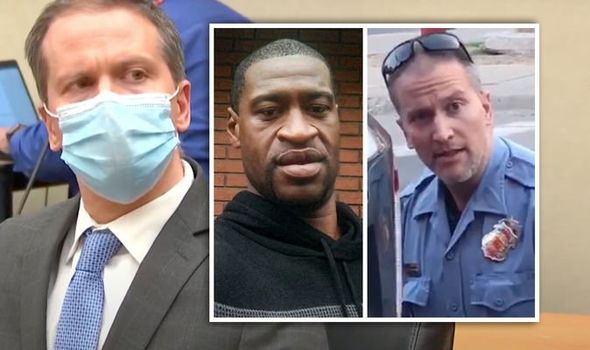 They also carefully looked over several hours of video evidence.

The arrest of Mr Floyd was captured on video, which showed Chauvin pushing his knee into the handcuffed black man.

This continued for more than nine minutes outside the grocery shop where Mr Floyd had been accused of buying cigarettes with a fake $20 bill.

Under Minnesota sentencing guidelines, Chauvin now faces 12-and-a-half years in prison for his murder conviction as a first-time criminal offender.

However, prosecutors could push for a much longer sentence of up to 40 years if Hennepin County District Judge Peter Cahill, who presided over the trial, determines that there were “aggravating factors.”

In Minnesota, convicted criminals usually leave prison on supervised release after completing two-thirds of their sentence.

The Minneapolis Police Department sacked Chauvin and three other officers the day after Mr Floyd’s arrest.

These three other officers are due to face trial later this year on aiding-and-abetting charges in Mr Floyd’s death.

The death of Mr Floyd saw furious protests against racism and police brutality throughout many US cities and around the world.

White House Press Secretary Jen Psaki said US President Joe Biden had spoken with the family of Mr Floyd on Monday “to check in with them and also share that the family was in his prayers”.

Mr Biden had told reporters at the White House he was praying for the “right verdict” in the case.