'Disgraceful' sentence for boy who left PC's nose 'hanging off'

Senior officers have blasted a 16-year-old thug’s ‘disgracefully lenient’ sentence for a brutal attack on a 24-year-old female constable in the face that left her nose ‘hanging off’.

PC Maddie Hayes was carrying out a stop and search on the boy in Ashby, Leicestershire, last September, when she felt ‘unbelievable pain,’ as the teenage thug hit her in the face.

The punch left her requiring extensive surgery and out of work for three months as she struggled with breathing difficulties.

This week the thug, from Swadlincote, Derbyshire, admitted causing grievous bodily harm to a police constable – but was spared prison and instead handed a 12-month community order.

Leicester Magistrates Court also ordered the boy, who cannot be named due to his age, to pay PC Hayes £600 in compensation. 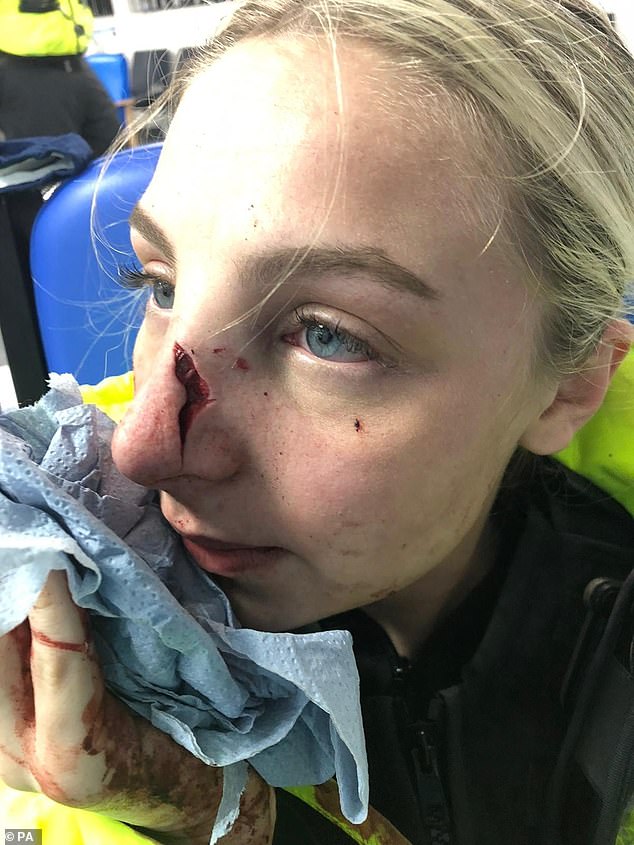 PC Maddie Hayes was punched in the face by a 16-year-old boy while trying to restrain him. This week the boy was handed a community order and told to pay the Leicestershire Police officer £600 in compensation. Senior policing figures say they are ‘disgusted’ with the sentence

After the case, Leicestershire Police Federation’s branch chairman spoke on social media of his disgust at the soft sentence.

PC Hayes was assisting with the search of the boy after he had been detained by officers, the BBC reports.

While placing a handcuff around one of his wrists, the boy used his free hand to punch her. 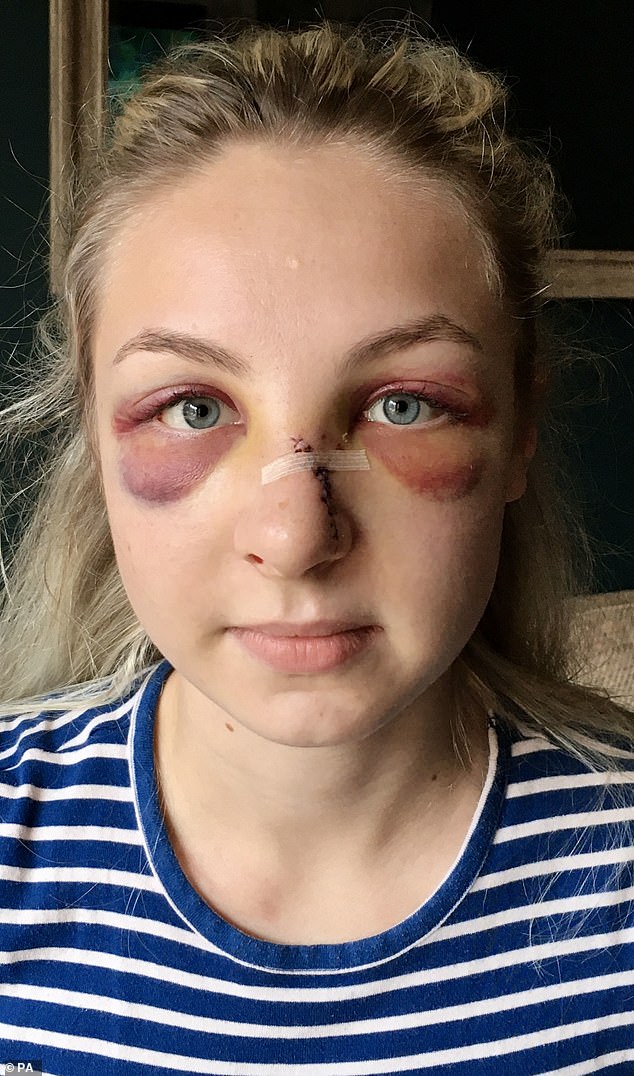 PC Hayes, 24, had to go undergo emergency surgery to try and fix her nose and also had to have six internal stitches and 11 external stitches

The strike left her with a broken nose and septum, along with a tear on the left side of her nose, as well bruising and swelling.

She had to undergo emergency surgery to try and fix her nose and also had to have six internal stitches and 11 external stitches.

Speaking previously, PC Hayes said she suffered pain she ‘had never experienced before’

She added: ‘It happened so quickly and I didn’t know what had hit me. I just felt extreme pain and realised I couldn’t see properly either.

‘It does make me angry that I was out doing my job and I have been attacked in this way.

‘It shouldn’t be accepted that I am attacked in my job and left with injuries like this that will be with me for the rest of my life.’

‘Thoughts with your officer and hope she’s recovering well.’ 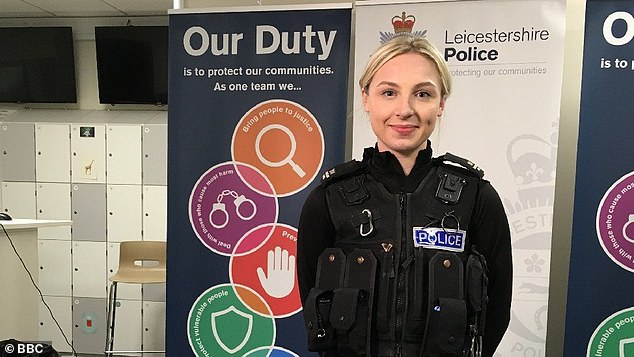 PC Hayes, an officer with Leicestershire Police, said she suffered pain like she ‘had never experienced before,’ following the assault last September

Steve Harley wrote: ‘A ridiculously lenient sentence, what the hell has happened to our judiciary allowing violent to get off with assaulting those who keep us safe?’

NPA Commander for North West Leicestershire, Inspector Rich Jackson said: ‘This was a shocking and vicious attack on an officer doing her job to protect others.

‘The photographs of our officer’s awful injuries chilled all who saw them.

‘We acknowledge the court’s decision of a community order but we strongly hope the young man, who pleaded guilty, will chose to do more to atone for his crime and start over. 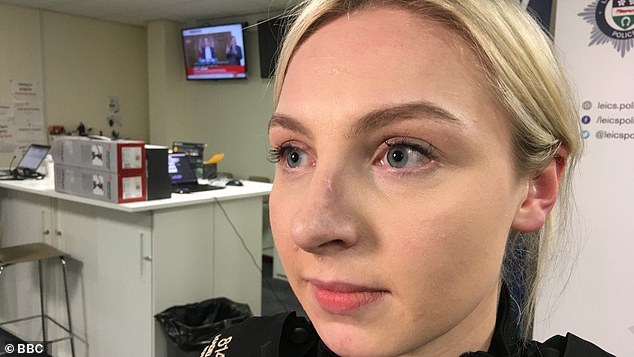 Four months on, PC Hayes continues to have breathing difficulties following the assault. Senior figures say they were ‘spitting feathers’ after her attacker was only handed a community order and told to pay £600 compensation by magistrates earlier this week

‘Attacks on police officers are simply not acceptable. We must protect our protectors.

‘Full support has been and remains in place for the police officer who has bravely shared her story to raise awareness of an issue which needs to be stopped.

‘It is not acceptable for anyone to be attacked and assaulted in their job and we will not tolerate this happening to our officers.

‘Action will be taken and we will ensure anyone who commits this offence is brought before the courts.’