Home » World News » Distraught mum hails 'hero' partner who died after jumping in river to save daughter, 9, even though he couldn't swim

Distraught mum hails 'hero' partner who died after jumping in river to save daughter, 9, even though he couldn't swim

A DISTRAUGHT mum has hailed her "heroic" partner who died after jumping into a river to save her drowning daughter – even though he couldn't swim.

Reza Zol Ali, 31, died after he dived into the River Erme in Ivybridge, Devon, to save nine-year-old Chloe on Tuesday. 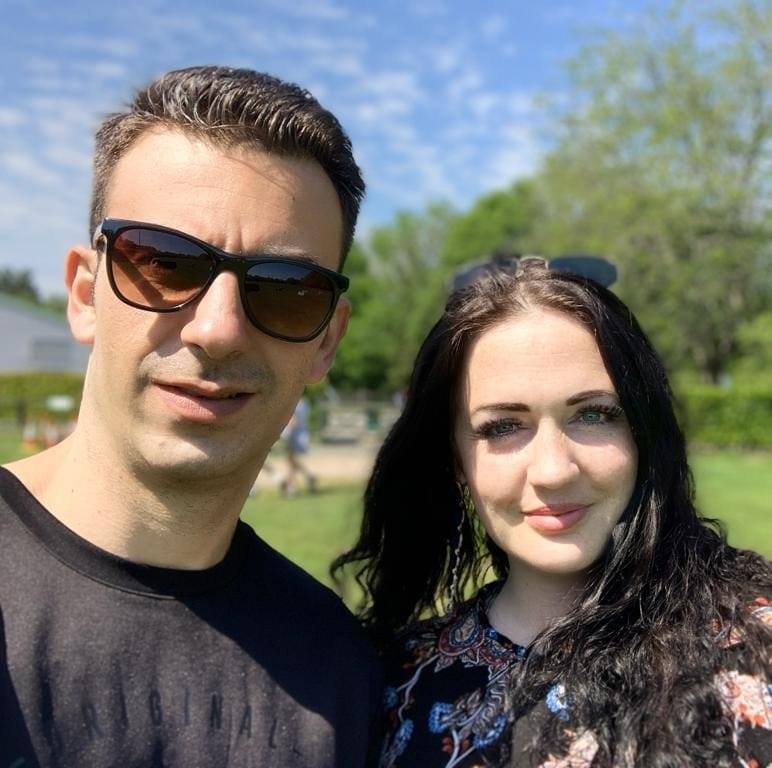 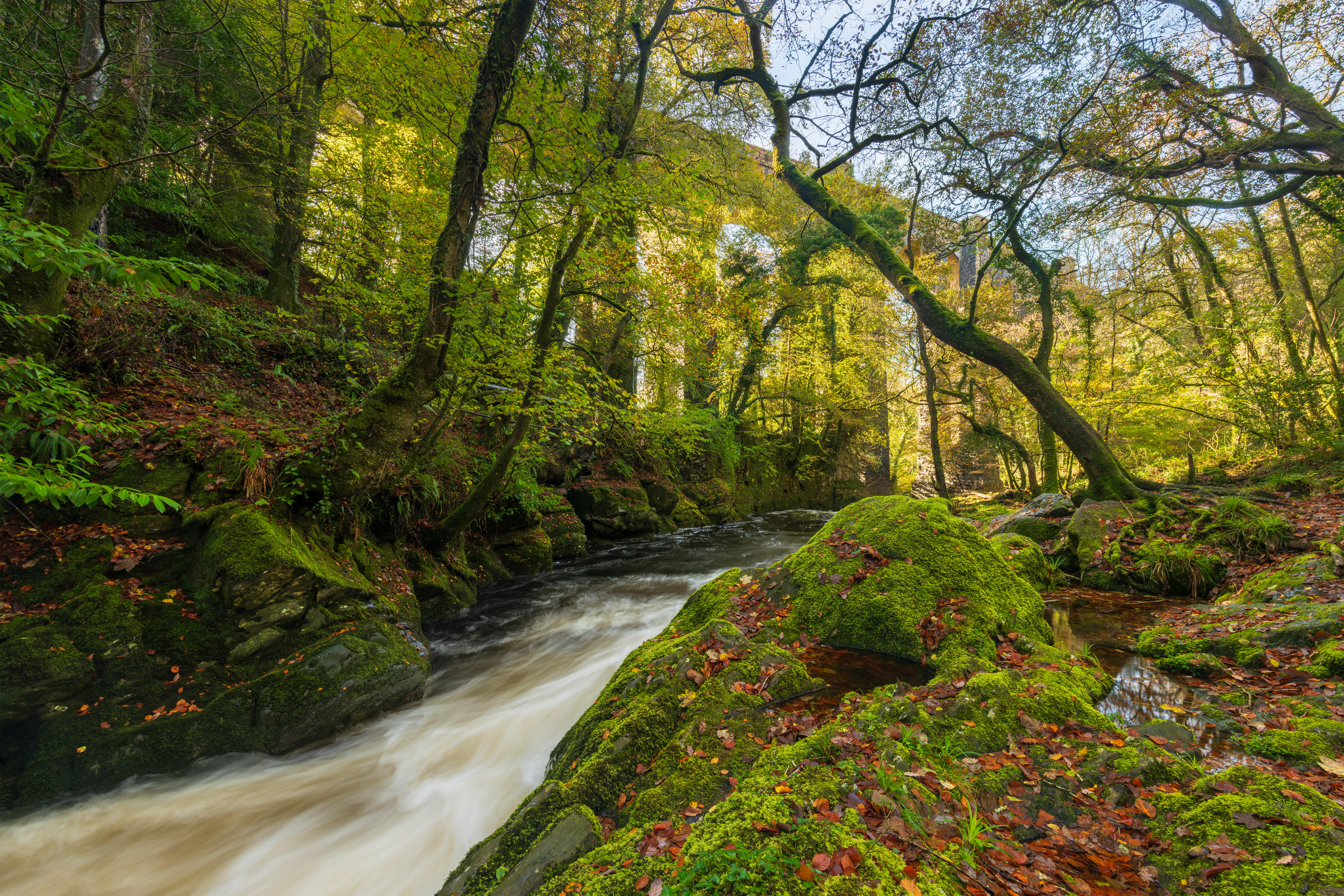 Reza, who couldn't swim, got into trouble and drowned. Cops said the girl was uninjured.

His girlfriend, mum-of-four Kaylie McGrath, 30, told The Sun Online how the final act of Reza’s life was typically unselfish.

Reza, who came to the UK as a refugee from Iran, jumped into the freezing water when Chloe got into trouble, and managed to push her to safety.

Reza was unable to swim and was swept away to his death in the deep fast-flowing water of the river. 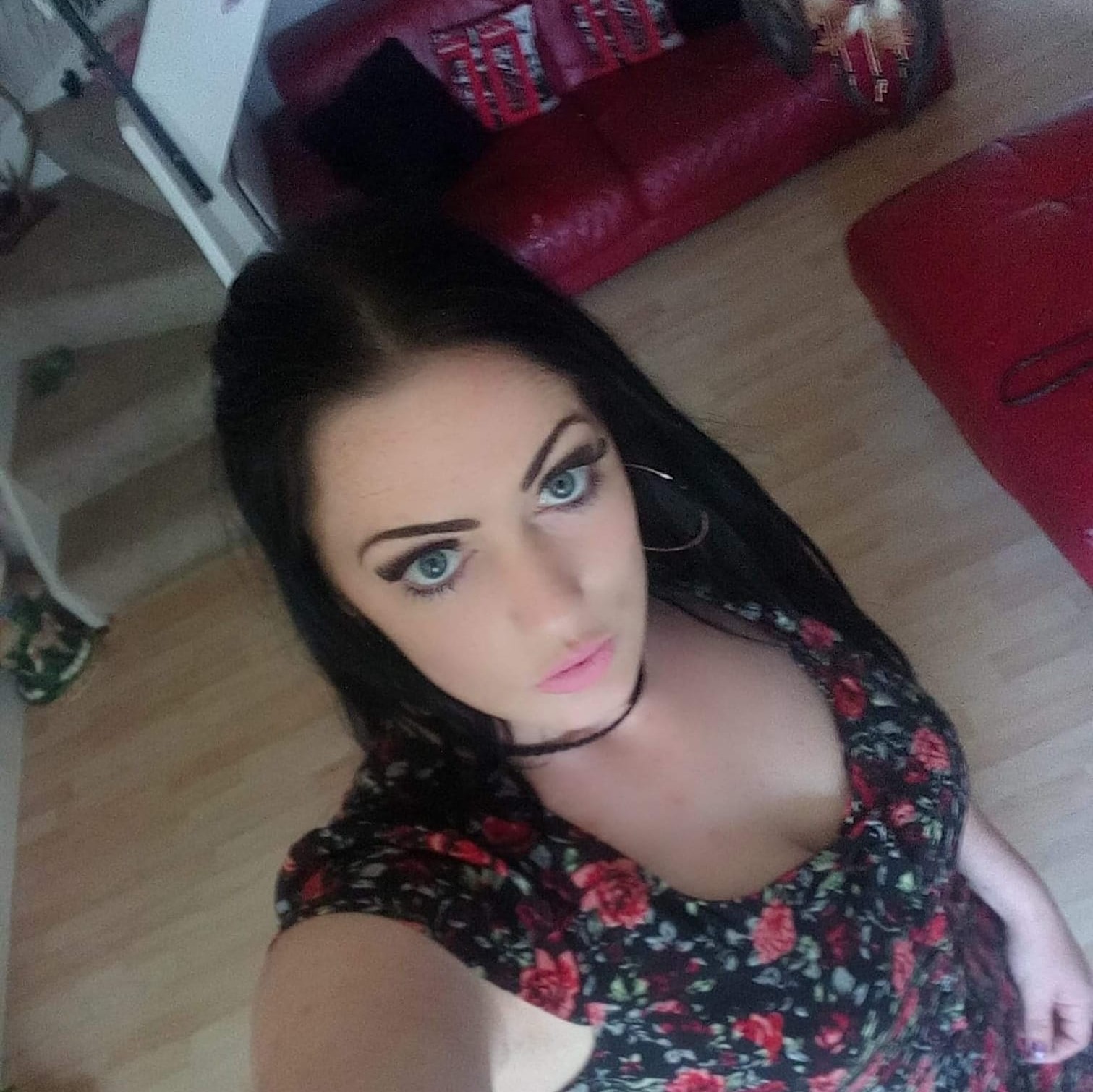 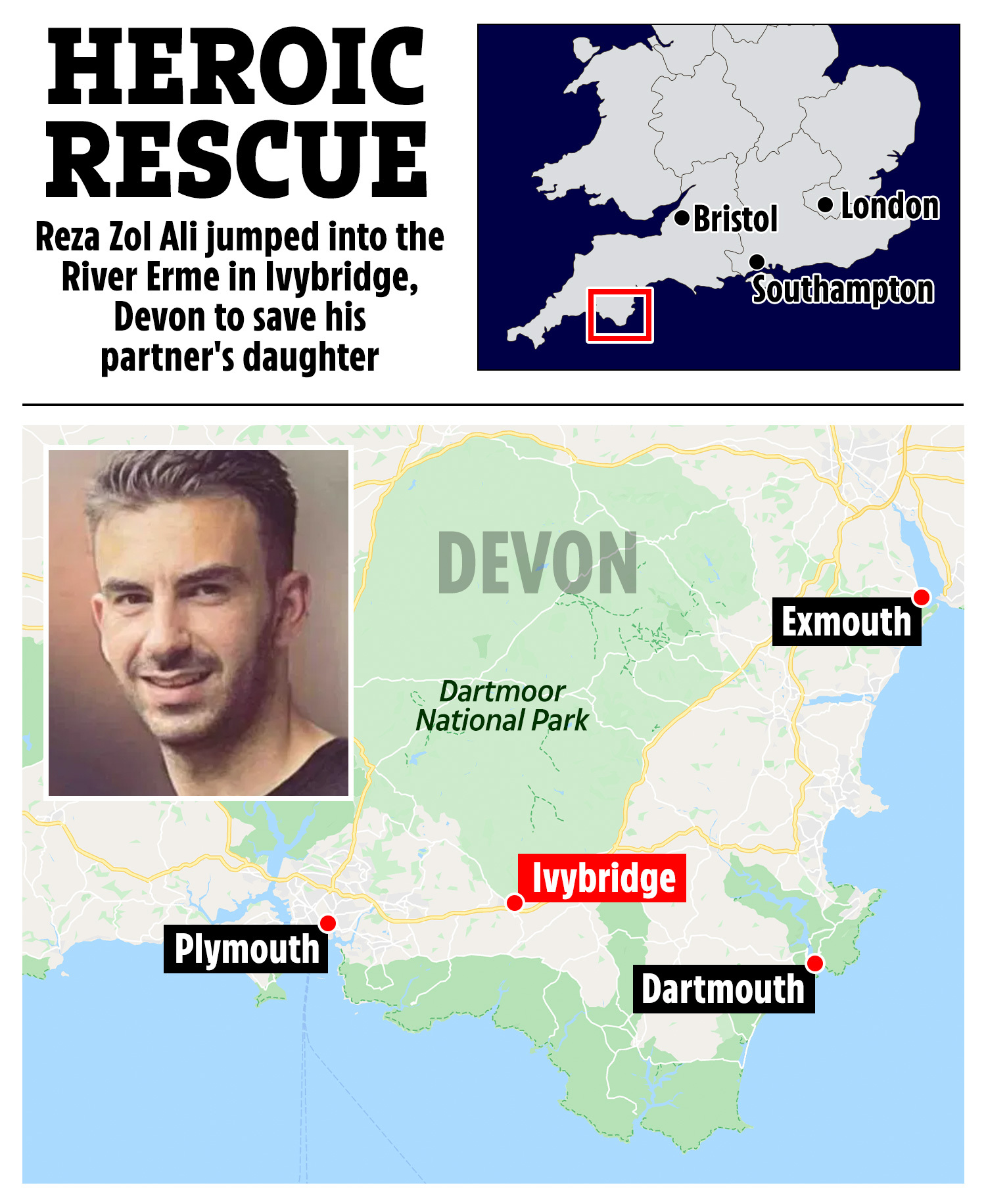 Kaylie, from Ivybridge, Devon, wept as she said: “There are no words to express our sorrow and sadness over Reza’s death.

“He was our hero, our life and our light. He will be forever in our thoughts and it was such a typical act of a selfless man to forfeit his life for someone else.

“We are all so distraught about his loss we don’t know how we are going to cope, but we will carry on because that’s what he would have wanted us to do.”

Reza, 31, was was due to be granted his British citizenship next week, Kaylie said.

She added" “I met Reza when he first came to the UK and he was the sweetest most respectful man I’ve ever met.

“He would do anything for anyone and over the last year during the pandemic he has been helping out at food banks and delivering food to vulnerable people in the area.

“As a Christian, he always looked to help people before thinking of himself. It was typical that he would think of others before putting his own safety first.

"He was all set to go to sign his papers to become a British citizen next week after completing all the paper work. He would have made a model citizen because he put others before himself and worked tirelessly in the community." 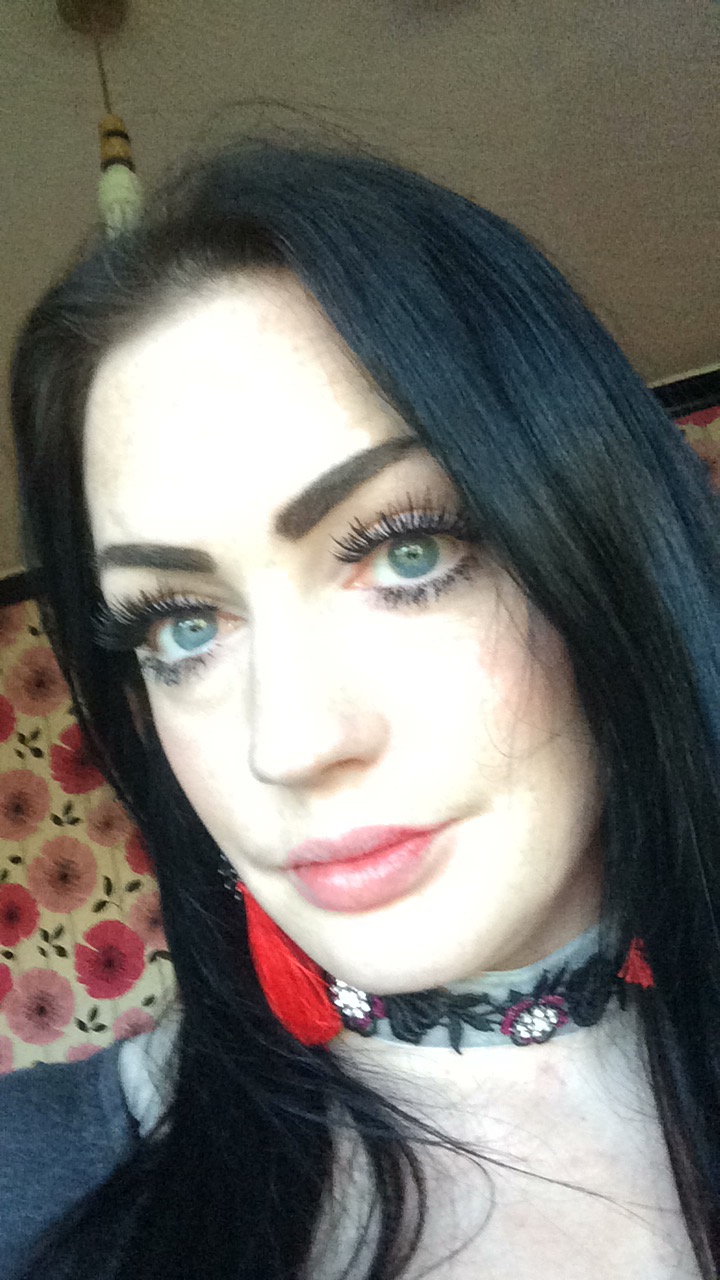 Before the tragedy unfolded Chloe was paddling in the water, her mum said.

"But then she slipped and fell into the water. Reza saw she was in trouble and jumped in not knowing how deep it was," Kaylie said.

"It seems he pushed Chloe back to the shallow water but because he couldn’t swim found himself being dragged out by the fast-flowing river.

“Chloe is distraught at the loss of Reza and we keep on telling her it’s not her fault it was just a tragic accident.”

Kaylie shared an emotional message online after Reza's death, writing: "My life, my man, my Rez, my future."

She also wrote "My life" followed by a series of crying emojis.

Kaylie's pals shared their own messages of support for her.

One wrote: "My heart breaks for you Kaylie. If you ever need a listening ear I'm here and you have so many people around you that love you and will help you through this best they can."

Another said: "I love you Kay sending you so much love sweetheart."

One posted: "I'm so so sorry to hear this I don't even know what to say to you. This is devastating for you. Please look after yourself."

The tragedy came as the UK swelters in scorching heat, with Brits warned of the "extreme dangers" of swimming in open water.

Cold water can cause hyperventilation or lead to seizures, police have cautioned.

A police spokesman said: “Police were called at around 7.10pm yesterday evening, Tuesday 15 June, with a report of concern for a man by the River Erme, near Station Road, Ivybridge.

“It was reported that he went into the water to help a child in difficulty.

“Emergency services attended. Sadly a man was declared deceased at the scene. His next-of-kin are aware.

"His death is not being treated as suspicious and a file is being prepared for the coroner.”

Devon and Cornwall Police confirmed that the man's next of kin has been informed.

The child was taken to hospital, but no update has been given on her condition.

Two fundraiser pages have been set up in memory of Reza and to help his family.

One of the fundraisers states: "Reza's step daughter got into some difficulty in the River Erme, located in Long Timber Woods, Ivybridge.

"Being the hero Reza was, he jumped in and saved her, but unfortunately was unable to save himself as he was a non-swimmer.

"This goes to show how selfless Reza was, and he showed this every day. He leaves behind his girlfriend and 19 month old little girl, as well as lots of friends and colleagues who all saw him as family."

PlymouthLive reported that the money raised will be used to fly Reza's body back home to Shiraz in Iran.

This goes to show how selfless Reza was, and he showed this every day. He leaves behind his girlfriend and 19 month old little girl, as well as lots of friends and colleagues who all saw him as family.

The other GoFundMe page says: ''I am setting up this GoFund me on behalf of Kaylie McGrath who tragically lost her soulmate Reza yesterday when he heroically jumped into the river to save their daughter.

''Kaylie is in desperate need to raise funds to send Reza to his home country.

''Reza was a kind person who always put his partner and three beautiful daughters first and deserves a send-off that reflects this and his immensely heroic act."

Meanwhile, a 22-year-old man was pronounced dead in Ipswich today after his body was pulled from the River Orwell.

Police were called around 5.30am following reports of concern for a man's safety.

Clothes were found on the Orwell Bridge, but police couldn't trace their owen.

A multi-agency search was launched with police, paramedics, Suffolk Fire and Rescue and the coastguard scrambled.

The man's man was recovered from the river shortly after 7.40am, with his death not being treated as suspicious, police said.

In West Yorkshire, he body of a 27-year-old man was recovered from Ponden Reservoir, near Haworth, yesterday.

Police were called at 5.45pm to reports of someone in difficulty in the water.

A full emergency services response was launched with the National Police Air Service and police divers joining in the search.

Divers recovered the body of a 27-year-old man from the water at 10pm.

He was from outside the West Yorkshire area, it's reported.

This month's heatwave has this week seen the mercury hit 28.6C on the hottest day of the year so far,

And with more blazing heat on the way Brits warned against taking a dip to cool off.

Detective Chief Inspector Andy Farrell, of Bradford District Police said this morning: "We are continuing to investigate today following a major search at the reservoir last night which sadly resulted in divers recovering the body of a man.

"This has been a tragic incident in which a man has lost his life and I would like to remind all residents in and visitors to West Yorkshire of the extreme dangers posed by swimming in or entering open water not designated for such use.

"Such water can be very cold, even in the summer months, and people suddenly entering cold water are susceptible to hyperventilation, which could result in the body going into seizure." 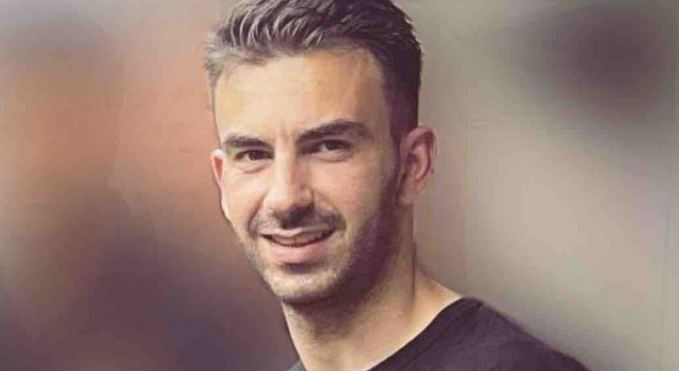 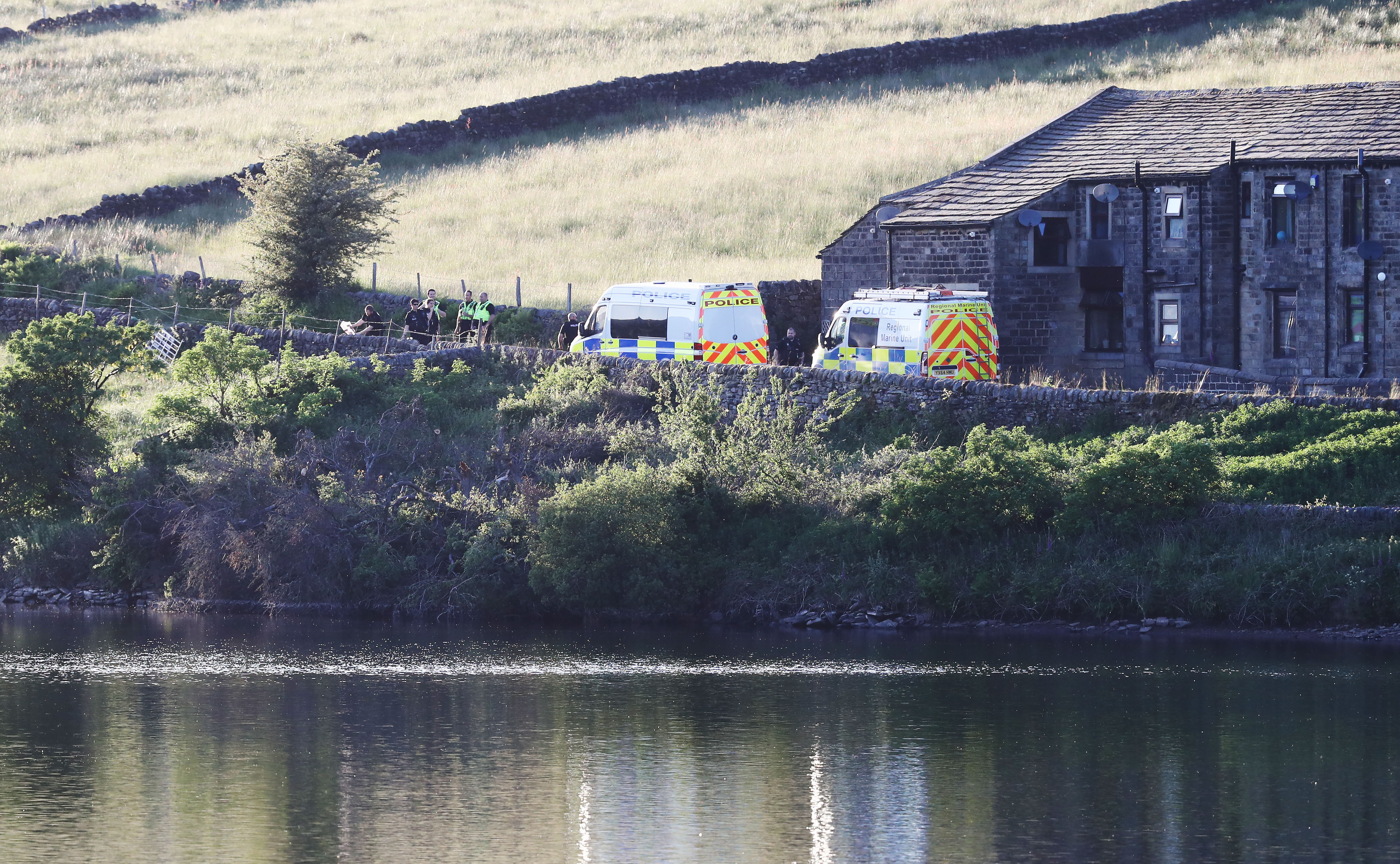