Doctor who refused to give his patients coronavirus vaccination is suspended 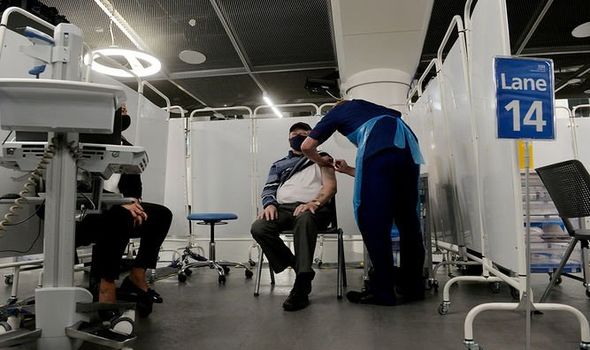 Dr Gerard Waters, who was at the Whitehorn Clinic in Celbridge, Ireland, also would not refer his patients to another practice that would give the vaccine, reports Dublin Live.

He said last month that he disagreed with how quickly the vaccines had been developed and how it had been handled by authorities.

But he’s now been suspended by the medical council, it has emerged.

Vaccinations 'will go on well into 2022’ says virologist

After a hearing, a Medical Council spokesman said it has written to “a number” of individual doctors directly, reminding them of their ethical duty on matters relating to COVID-19.

“There is also a number of matters being investigated by the council as part of a regulatory process.

“Doctors must continue to advocate for their patients by actively promoting the public health guidance.

“This also includes ensuring doctors promote a culture of patient safety within the context of the wider health system.

Doctors also have responsibilities when it comes to posting on social media.”

Speaking to The Irish Times in February, Dr Waters said: “My problem primarily is that I don’t think the pathogenicity of Covid is sufficiently severe to a. cause lockdowns or b. use a messenger RNA [vaccine].”

It comes after a leaked report showed all children in the UK will be vaccinated by August.

The ramped up effort is aimed at speeding up herd immunity, whereby the virus is no longer spreading in the population, according to reports this week.