Crackdown on pre drinks! Drinkers are being BREATHALYSED as they enter city centre bars and pubs in bid to stop revellers pre-loading

Drinkers are being breathalysed before they enter city centre bars and clubs in a new scheme to crack down on pre drinks, where people drink at home before going out.

Door staff at venues in Durham city centre have been equipped with the devices, helping them to make better decisions about who they can safely admit.

Durham Police said the aim is to stop drinkers’ potentially dangerous ‘culture of pre-loading’ before nights out which they say will help revellers make ‘better decisions’.

Several venues have started using the devices this week, which act as a guide for staff when knowing who to allow inside.

The idea, funded by the Safer Streets scheme and Durham Parish Council, aims to reduce drunkenness and violent crime. Police say violent crime has significantly dropped in areas of the country where this scheme has already been implemented. 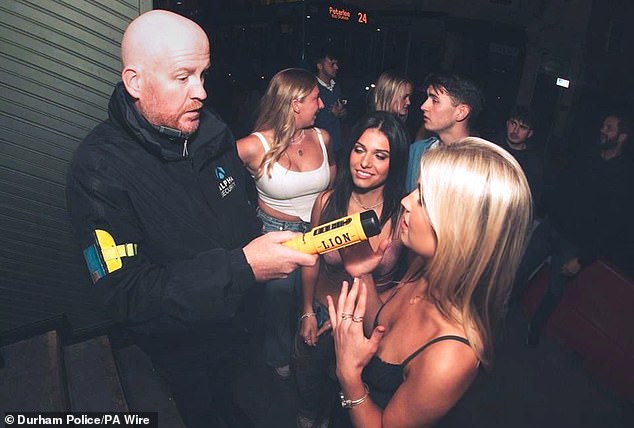 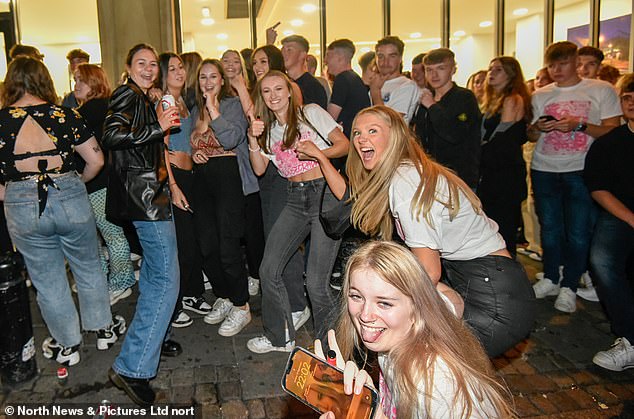 Police said the aim is to stop drinkers’ potentially dangerous ‘culture of pre-loading’ before nights out which they say will help revellers make better ‘decisions’. Pictured: Crowds of revellers out in Newcastle on Sunday

The breathalysers work on a lights system, indicating an acceptable level for people enjoying a sociable drink or if someone has reached a potentially harmful level of intoxication.

Earlier this year, Durham launched ‘The Hub @ St Nic’s Church’ which offers support to those who need it on nights out.

The hub offers anyone who is ‘unwell, vulnerable or a victim of crime a safe space to get any support they might need’.

Welfare officers have also been positioned in clubs and bars and plans are being put in place for volunteers to give drinkers support across the city centre.

They will also have specially trained CCTV operators to work on busier nights to look for people who may be vulnerable and need help from the emergency services. They will also add additional lighting

Durham City Neighbourhood Inspector Dave Clarke said: ‘We are committed to making sure people are safe when they are on a night out.

‘Sadly, time and again we see the negative effects alcohol has on people, whether it be through violence against others, anti-social behaviour or not being aware of their surroundings.

‘Not everyone will be breathalysed, it will be down to door staff to judge those individuals who might benefit from not drinking any more that night.

‘We want everyone to have a great night, but we also want to make sure they make it home safely, and without causing any disruption to residents.’ 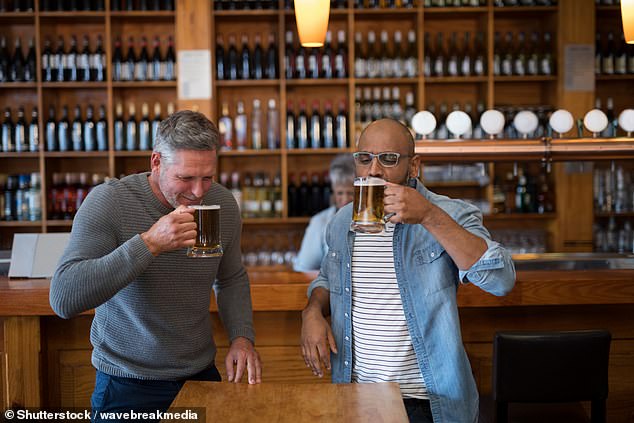 ‘We want everyone to have a great night, but we also want to make sure they make it home safely, and without causing any disruption to residents,’ said Durham City Neighbourhood Inspector Dave Clarke (file photo of two man drinking beer)

Durham Police and Crime Commissioner Joy Allen said: ‘This initiative is a welcome addition to our night-time economy and a step in the right direction for keeping our revellers safe.

‘I hope that we will be able to follow the example of other areas who have introduced the breathalysers, in reducing violence crime incidences on our streets.

‘When used appropriately this scheme will ensure that whilst the public can enjoy an evening out, they also don’t exceed a safe limit of alcohol consumption leading them to put their own health, safety and that of the public in danger.

‘As part of my plan, the safer streets fund has allowed us to implement the night-time safety hub along with the breathalyser initiative, additional lighting and CCTV across the city centre.

‘We have already seen successes from the safety hub and we will proceed in the hope that our other additions can make further strides in improving our city centres for all in the community.’