London: The Queen has marked her 95th birthday with a rare personal statement thanking the public for supporting her “during a period of great sadness”.

In her first remarks since the April 9 death of Prince Philip and his funeral last Saturday, the grieving monarch said she had been “deeply touched” by the response. 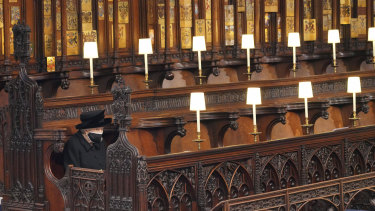 “I have, on the occasion of my 95th birthday today, received many messages of good wishes, which I very much appreciate,” she said.

“While as a family we are in a period of great sadness, it has been a comfort to us all to see and to hear the tributes paid to my husband, from those within the United Kingdom, the Commonwealth and around the world.

“My family and I would like to thank you all for the support and kindness shown to us in recent days. We have been deeply touched, and continue to be reminded that Philip had such an extraordinary impact on countless people throughout his life.”

Images of the Queen sitting alone at the Windsor Castle funeral to comply with coronavirus restrictions prompted an outpouring of public sympathy for the widowed monarch. 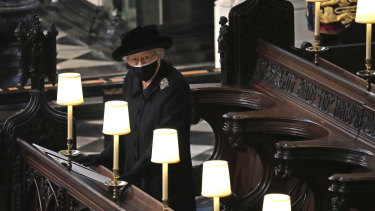 The Queen stands as Prince Philip’s coffin is carried into St George’s Chapel.Credit:AP

“I have always had the highest admiration for Her Majesty and her service to this country and the Commonwealth,” he said. “I am proud to serve as her Prime Minister.”