A BUS left more than 30 people injured, including six in critical condition, after veering off the highway Sunday afternoon.

The bus was filled with high school students and volunteer leaders from LCBC Church in Lancaster County, Pennsylvania. 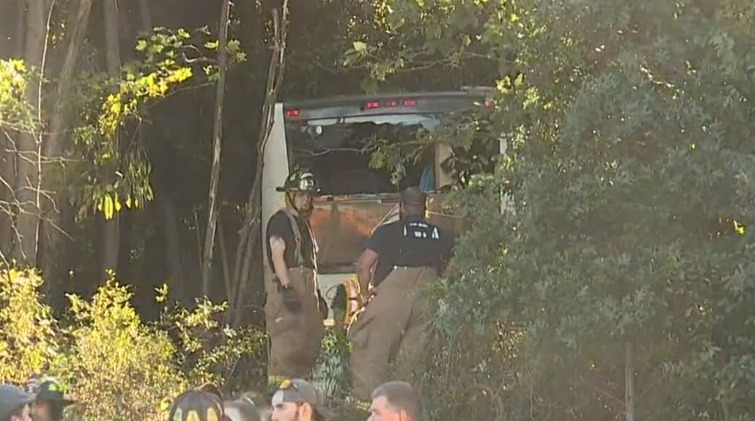 According to officials, the bus was returning from the Manheim campus from a student ministry fall retreat when it veered off the Interstate exit ramp.

The bus struck an embankment and stopped in a wooded area on Route 25 in Schuylkill County.

Officials said all 32 passengers on board were transported to the hospital.

Pennsylvania State Trooper David Beohm told CNN there were no reports of fatalities.

“The bus went off the exit ramp off of Interstate 81,” Beohm said.

“At the end of the ramp you either turn left or right on Route 25, and the bus went across the center guide rail and straight across.”

Tremont's fire chief talked about the challenge of getting all those injured people out of the bus.

"When something like this happens, it's people shaking all around the bus.  It takes some time to get in and get people out of the situation," Chief Brian Eisenacher told Fox32.

"The guys on the bus did a great job.  We took out what we had to take out.  Everybody was out and on their way to the hospital pretty quickly."

The fire chief says about one hundred first responders were helping with the rescue mission.

One firefighter was injured and taken to the hospital. He is expected to survive.