Home » World News » How long was Jeff Bezos in space?

How long was Jeff Bezos in space?

US billionaire Jeff Bezos made history by launching his own rocket into space on July 20.

The Amazon founder reached a milestone in the new private space travel era. 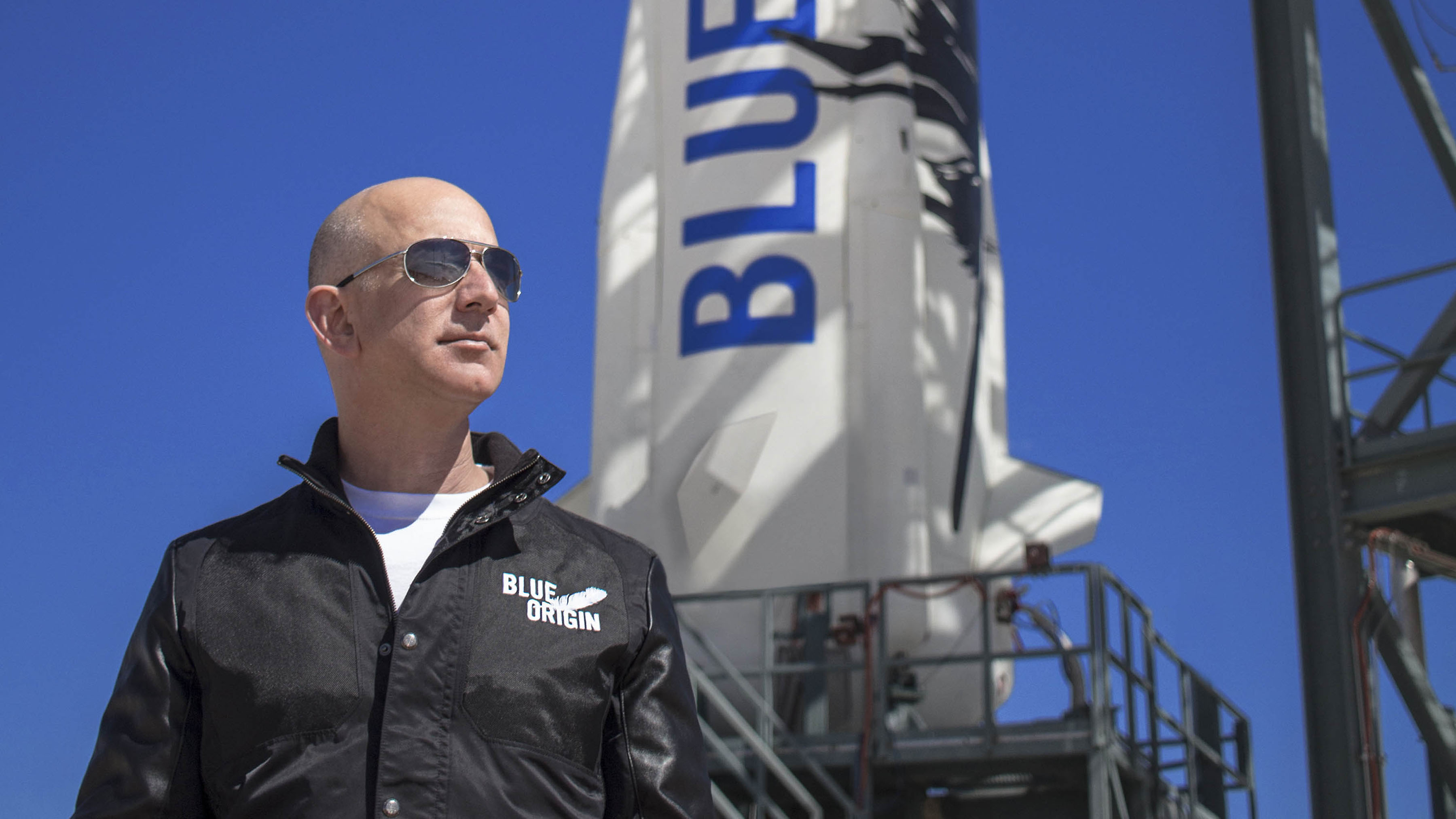 How long was Jeff Bezos in space?

The rocket was launched at 9.11am EST, as “a thin jet of fire and exhaust” propelled out of the engine, according to the New York Times.

The capsule detached from the rocket once it hit an altitude of 47 miles and passed the 62-mile boundary, which is considered to be the beginning of space travel.

According to the outlet, Bezos and the passengers “unbuckled and floated around the capsule, cheering in the capsule as they experienced about four minutes of free fall.”

“You have a very happy crew up here, I want you to know,” Mr. Bezos said as the capsule descended.

The rocket made it back at 9.21am with a total flight time of 10 minutes and 10 seconds.

Bezos and the passengers exited the capsule a little after 9.30am and exclaimed that it was the “best day ever.” 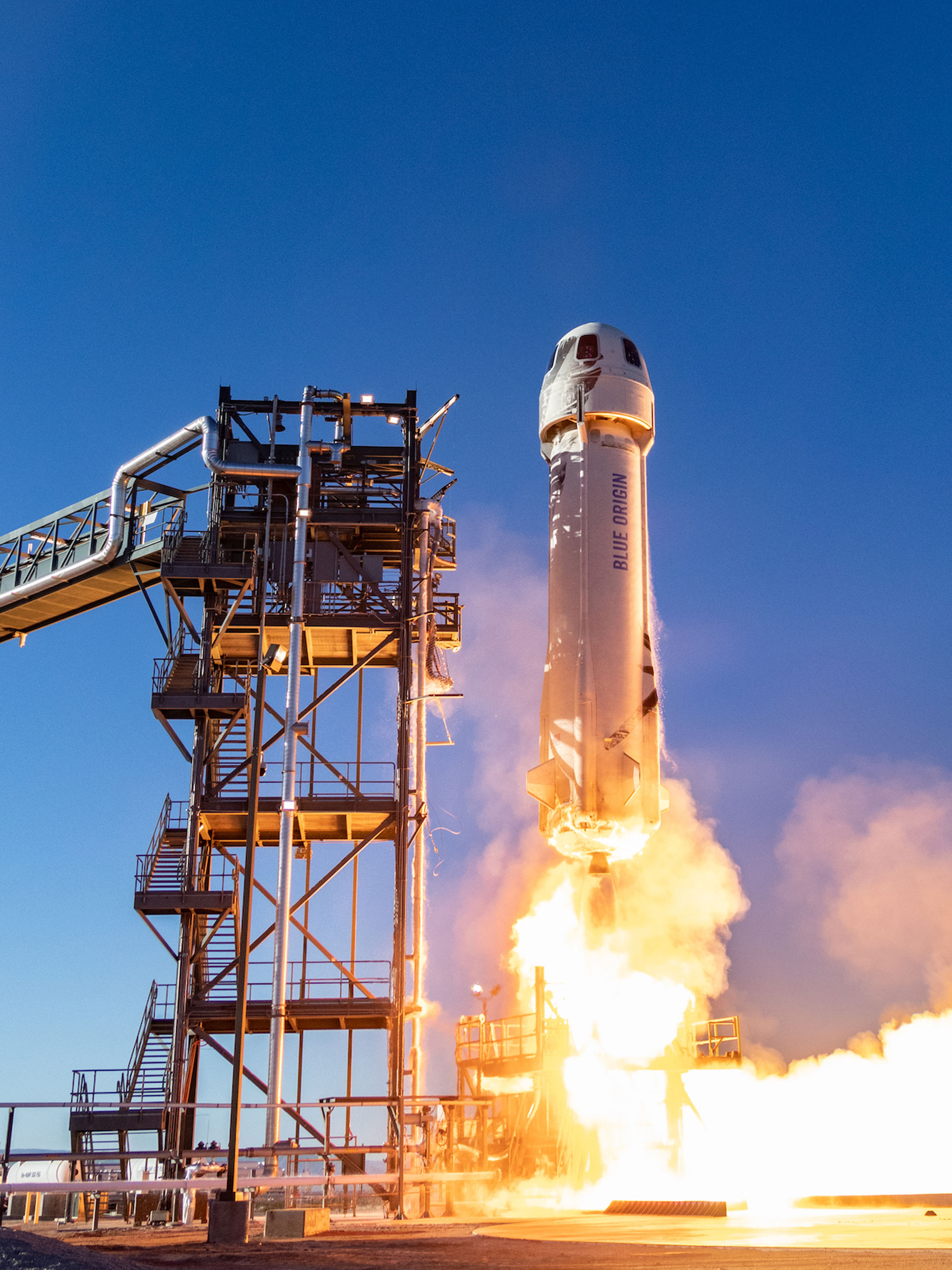 What rocket did Bezos use?

Bezos made history launching his private rocket from Blue Origin's Launch Site One facility in Texas.

New Shepard, the Blue Origin spacecraft, is named after Alan Shepard, who was the first American in space.

The rocket has a reusable booster and is topped with a capsule, where passengers could sit.

The rocket takes off vertically and has a propellant booster made of liquid hydrogen and liquid oxygen, which detaches when used up, according to the New York Times.

When descending, the booster lands first vertically, then the capsule comes down under a parachute. 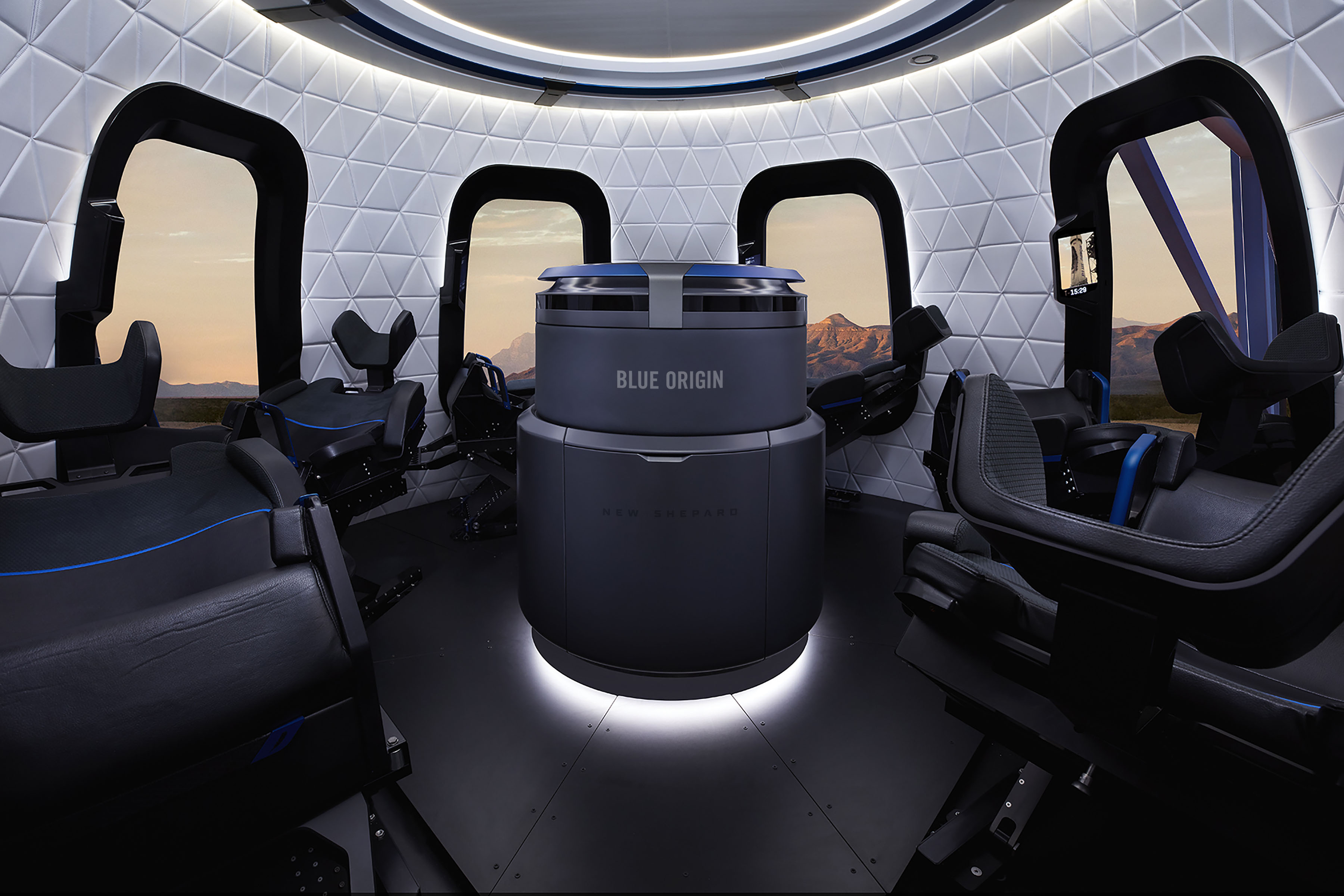 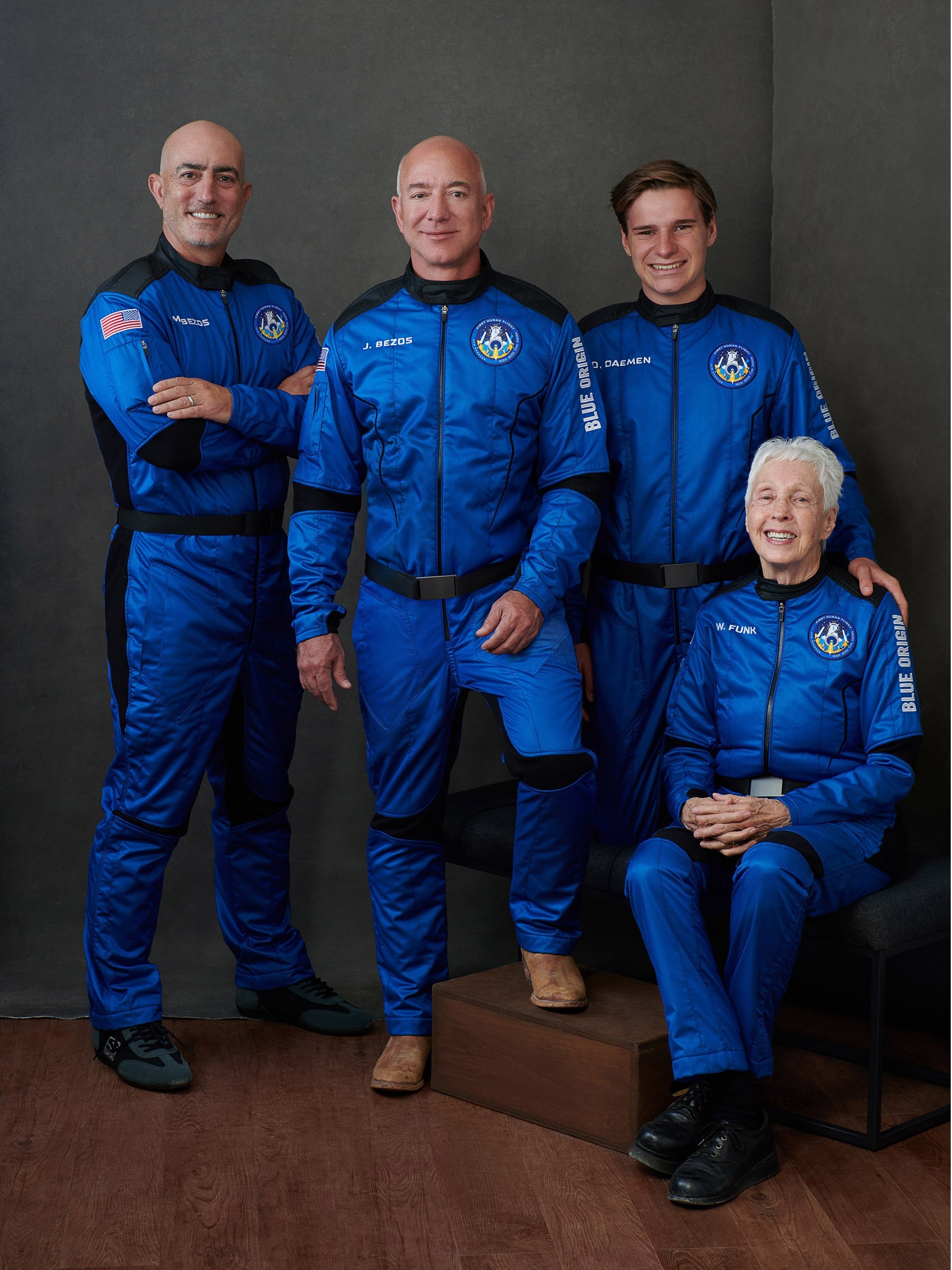 Who flew on the rocket?

The rocket is completely computer-flown.

There were no members of the Blue Origin staff or trained experts onboard.

One of the seats onboard was auctioned off for $28million, with proceeds going to a space-focus charity founded by Bezos, but the winner had declined "due to scheduling conflicts."

Bezos and his brother Mark Bezos were joined by Wally Funk (82), pioneering aviator and Oliver Daemen (18), a high school graduate.

Funk and Daemen are the oldest and youngest people to reach space, reportedly.