Two wives… two deaths: Revealed, husband cleared over pool tragedy lost first wife in fire while he was in jail for £12million fraud

The secret past of a serial liar dramatically cleared of drowning his wife in a swimming pool can today be revealed.

It involves a trail of devastation across two continents, a jail sentence for a multi-million-pound fraud – and the mysterious death of a previous wife along with his four-year-old daughter.

He can now be unmasked as Donald Somers, who as a merchant banker in 2000 stole £12million from a German bank.

A judge in his native New Zealand later branded him as ‘someone who lives by [his] fraudulent and criminal acts’. 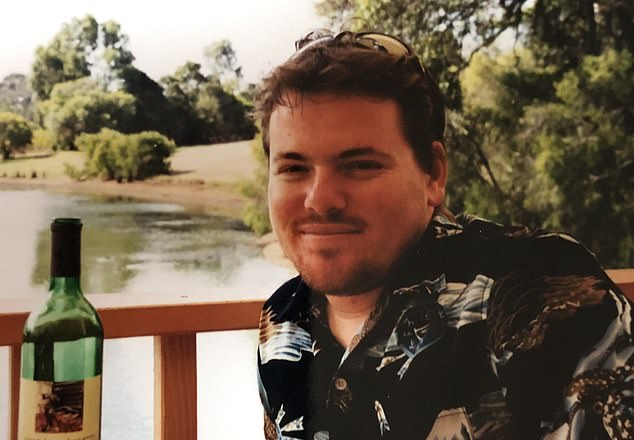 The man can now be unmasked as Donald Somers, who as a merchant banker in 2000 stole £12million from a German bank

The Daily Mail’s revelations raise serious questions about why the dishonest past of ‘Donald McPherson’ – his most recently assumed name – was not put before the jury trying him for Paula Leeson’s murder.

Last week the 47-year-old – who had set himself up as a property developer but was allegedly in reality ‘a man of straw’ – walked free from court after the judge stopped the case and instructed the jury to enter a not guilty verdict.

The decision was met with anguish by Miss Leeson’s family, who since her death had pieced together his deceit and multiple identities.

His trial had heard how he took out seven life insurance policies – worth around £3.5million in the event of her death – allegedly without telling her.

Then despite the fact that she hated swimming and preferred city breaks, in 2017 he booked the couple a holiday chalet with an indoor pool in a remote part of Denmark.

On the last day of the trip, Mr McPherson frantically called an ambulance, saying he had found his wife fully clothed in the pool.

He claimed he had struggled to drag the 47-year-old to safety because he had hurt his shoulder. 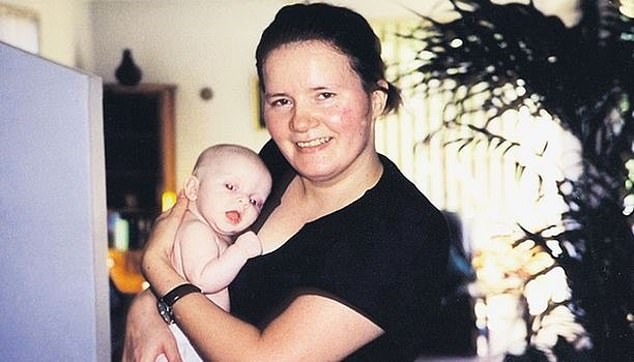 On July 24, 2006, police found the bodies of Miss Kulppi and her four-year-old daughter. Investigators concluded that they had been overcome after the 35-year-old deliberately started a fire. But from his prison cell, Somers insisted they had been murdered, reporting ‘several death threats’ – a suspicion supported by Miss Kulppi’s parents in Sweden

According to prosecutors, he was ‘tucking into’ a steak dinner within hours of her death after transferring more than £20,000 from their joint account to start covering his debts.

When he went on trial earlier this month he was accused of murder under his assumed name.

It was a far cry from his childhood as a ‘gifted mathematician’ whose family recalls him applying to join Nasa aged nine and who began investing in shares as a teenager.

But the Manchester hearing was dramatically stopped as the prosecution was unable to disprove his defence that Miss Leeson had fallen in the pool or jumped – even though the judge said it was ‘clearly more likely’ that he had killed her.

Jurors were told of his birth name, Alexander Lang – but not of his secret life of fraud or his previous wife’s death.

Now the Daily Mail can reveal that when £12million was stolen from Germany’s Commerzbank in 2000, he was suspected of involvement. Along with his Swedish wife at the time, Ira Kulppi, he fled to Australia where the couple had a daughter, Natalie, and settled in Cairns, Queensland.

But in 2005 the fraud caught up with ‘Somers’ and he was extradited to Germany and jailed for three years and three months for embezzlement. 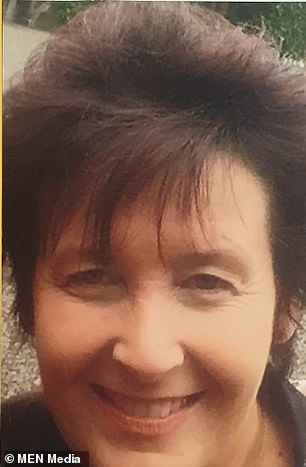 After a ‘whirlwind romance’, Mr McPherson and Paula (pictured) bought a house close to her doting parents in Sale and enjoyed a lavish wedding at Peckforton Castle, a stately pile set in rolling Cheshire countryside, in June 2014 – it was described as ‘a grand affair’ on which ‘no expense was spared’

On July 24, 2006, police found the bodies of Miss Kulppi and her four-year-old daughter. Investigators concluded that they had been overcome after the 35-year-old deliberately started a fire.

But from his prison cell, Somers insisted they had been murdered, reporting ‘several death threats’ – a suspicion supported by Miss Kulppi’s parents in Sweden.

A court heard he had 27 convictions for dishonesty.

Then around 2010, using the name Donald McPherson and describing himself as a property developer, he met a British builder while on holiday in Egypt.

Back in Manchester – the city of his father’s birth – he was introduced by the builder to William Leeson’s civil engineering business, fatefully getting to know his daughter Paula, who handled invoices.

It seems she was ‘besotted’ with the mysterious newcomer, who would carry around wads of cash tied up in elastic bands. ‘Don’ claimed he had been dumped as a baby – but this was one of his many lies.

In reality his parents are the only close relatives with whom he has remained in contact throughout a lifetime of deceit.

After a ‘whirlwind romance’, Mr McPherson and Paula bought a house close to her doting parents in Sale and enjoyed a lavish wedding at Peckforton Castle, a stately pile set in rolling Cheshire countryside, in June 2014 – it was described as ‘a grand affair’ on which ‘no expense was spared’.

Within three years, he had purchased no fewer than seven joint life insurance policies, the trial heard.

Shortly after Miss Leeson’s death, Mr McPherson allegedly set up an account with an online support group which the jury heard he later referred to as being ‘like a Tinder for widows’.

The motive for the alleged killing was ‘the oldest and simplest one in the book’, prosecutor David McLachlan QC told jurors at Manchester Crown Court.

Interviewed by detectives, Mr McPherson suggested bruises and grazes on Miss Leeson’s body may have been caused when she ‘banged her head on the side of the pool’ when he was trying to pull her out.

He insisted she had known about the life insurance policies.

The pathologist who carried out the post-mortem examination could not rule out the possibility that she had fallen into the pool, sustaining injuries during rescue efforts.

The trial’s collapse was met with furious disbelief by Miss Leeson’s parents, with her 78-year-old father crying out: ‘Shame on you Don!’

Her brother Neville told the judge: ‘You are making a big mistake.’

Outside the courtroom, Miss Leeson’s family branded him ‘untouchable’.

The prosecution never sought to raise his fraud conviction in evidence.

Mark Callaghan, head of the Crown Prosecution Service’s North West Complex Casework Unit, said: ‘We understand the upset at the termination of this trial, but do not believe introducing an unrelated fraud conviction would have made any difference to the outcome.’

Confronted about his true past, Mr McPherson declined to comment last night.

But in a statement after the murder trial he said: ‘A tragic accident is what it was and it saddens me, deeply, that the events in question should ever have been seen differently and that I was ever suspected of playing a part in Paula’s death.’

An inquest held by the Queensland coroner in 2009 concluded that his wife and daughter died from carbon monoxide poisoning after a fire ‘deliberately ignited’ by Miss Kulppi.