Husband's hilarious ramblings as he wakes up from anesthetic

‘Hey, was Doctor Death a woman?’ Wife films husband’s hilarious ramblings as he wakes up from anesthetic

This is the hilarious moment a drowsy patient entered a comical rant from his hospital bed as he came round from general anesthetic.

Footage captured in Clarksburg, West Virginia, shows the patient, who is named Tim, begin to wake up and come out of anesthesia after having a endoscopic procedure on July 21.

The patient talks to a member of staff about the American TV series Dr. Death, which is based on the true story of neurosurgeon Dr Christopher Duntsch who harmed and killed patients during surgeries, before asking her: ‘Have you seen chicken breasts?’ 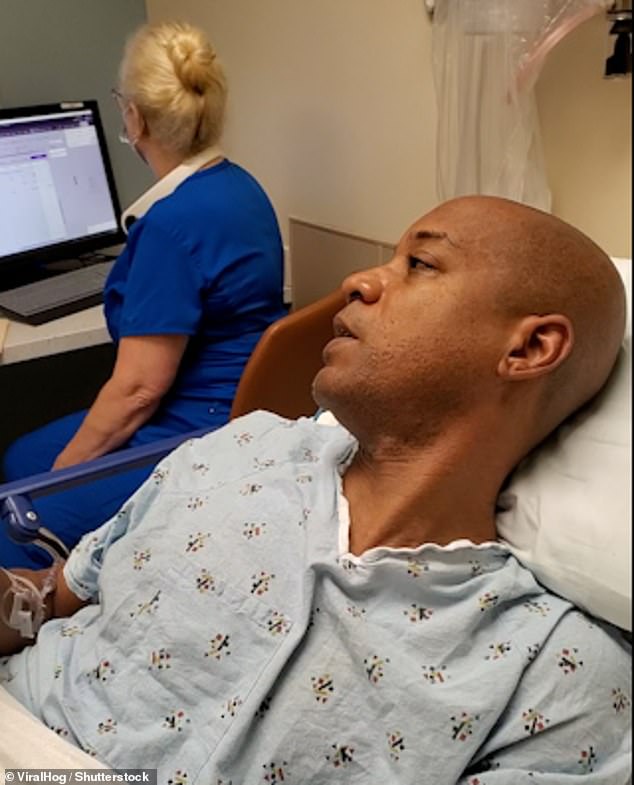 The patient begins to wake up and come out of anesthesia after having a endoscopic procedure in Clarksburg, West Virginia, on July 21

During the clip, which was filmed by Tim’s wife, the patient lies on his hospital bed and asks: ‘Doctor Death he was a doctor and he was fake and he really did stuff. Killed people. I don’t know how he did it.’

He then goes on to say: ‘Have you seen chicken breasts? If you cook a big chicken breast and you put peppercorn and chickens sliced up real thin…wait Doctor Death didn’t kill animals.’

As the patient’s wife laughs at her husband’s comical ramblings, the nurse tells him: ‘I have to go check on another patient OK. So you just wake up some more.’

The patient begins to close his eyes before his wife tells him: ‘You’ve got to wake up so we can leave.’

He then asks: ‘Hey, was Doctor Death a woman?’ to which his wife replies: ‘It was a man.’

The patient then asks if the American actor Christian Slater, who stars in the Peacock show about Christopher Duntsch, is Doctor Death before his wife explains: ‘Christian Slater was a good guy.’ 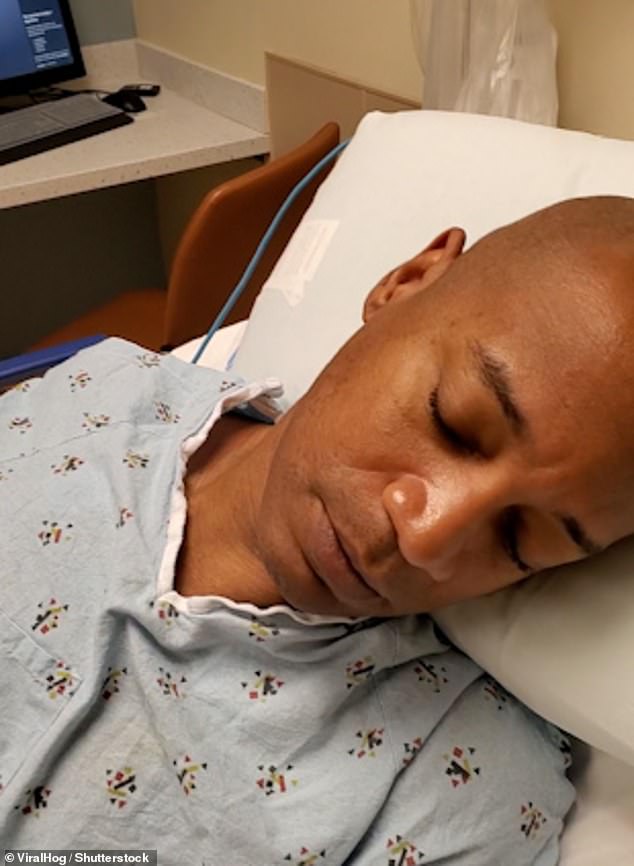 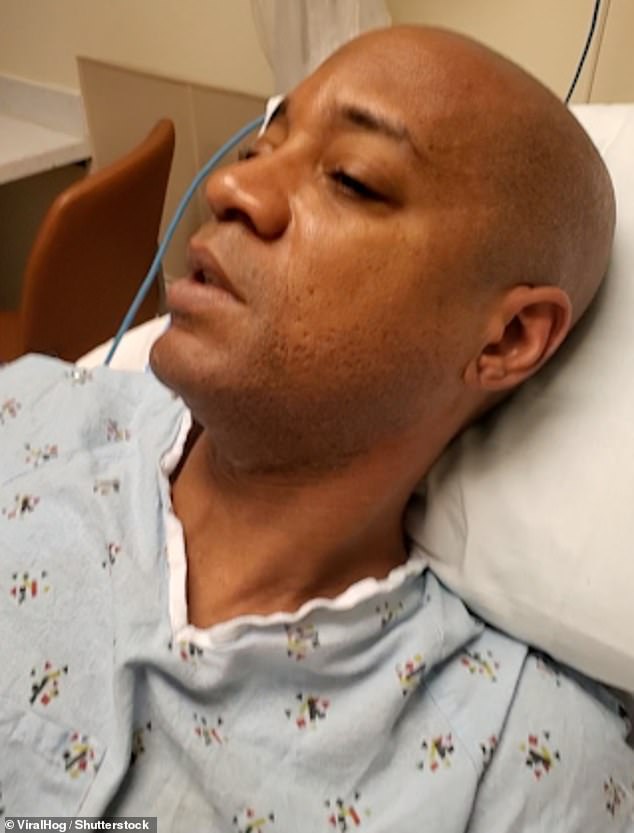 Just seconds later the patient notices a strange taste from his mouth and asks his wife: ‘What did they put in my mouth?’

Just seconds later, the patient continues: ‘What about Paulie Walnuts? He’s a Soprano. What about food stuff? Listen if you take your kitten.’

As his wife continues to laugh at her husband, he adds: ‘Oh, why are my legs like this? What the f***! I didn’t sleep like this last time. Did I? Oh my god, I’m tired. Oh my god I’m so hungry.