A GRAN was fined £400 for fly-tipping after leaving a cardboard box outside her home to take to the dump.

Pamela Holmes, 69, left the packaging for a hot tub lid on the grass verge outside her semi-detached house in the village of Burton, Dorset. 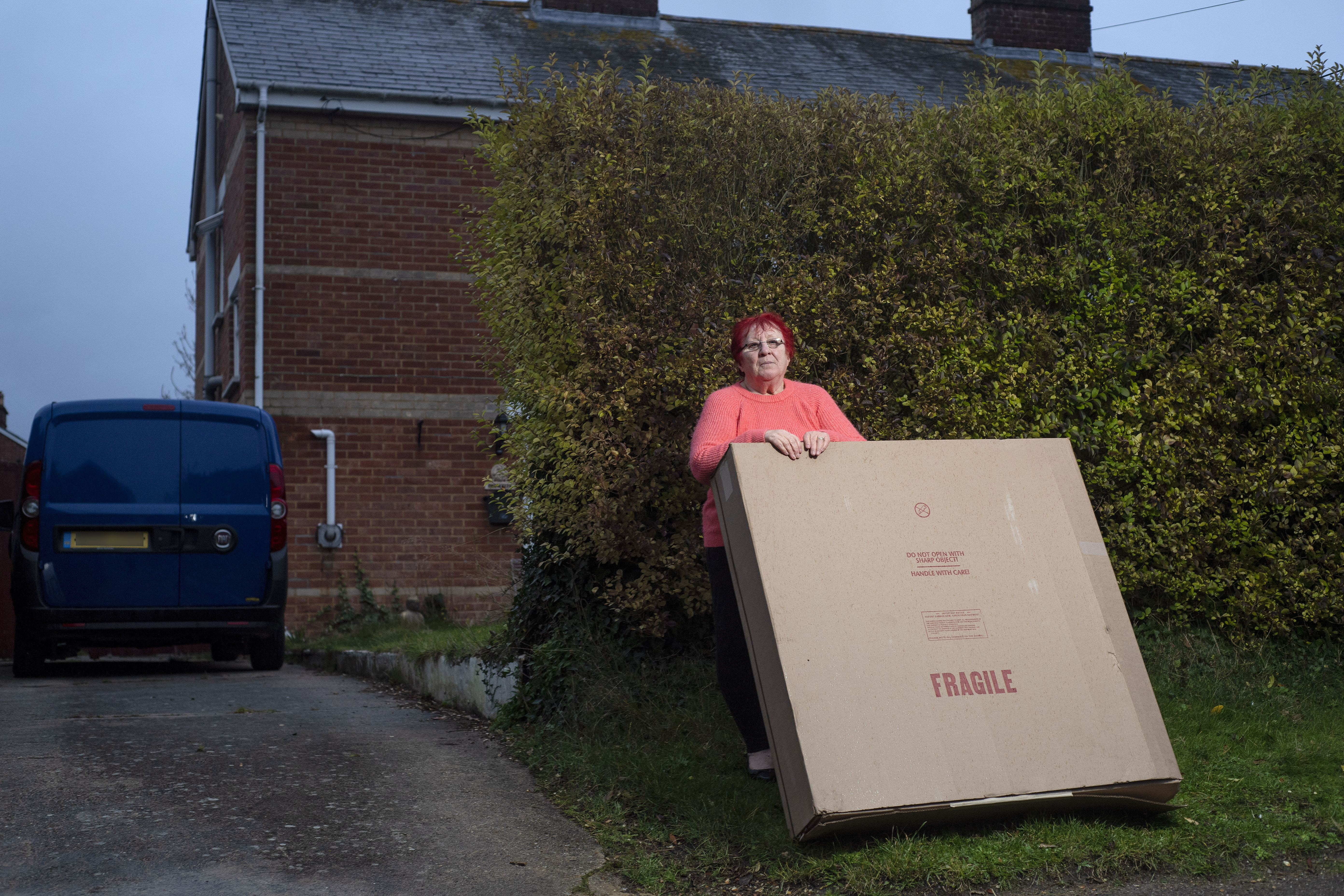 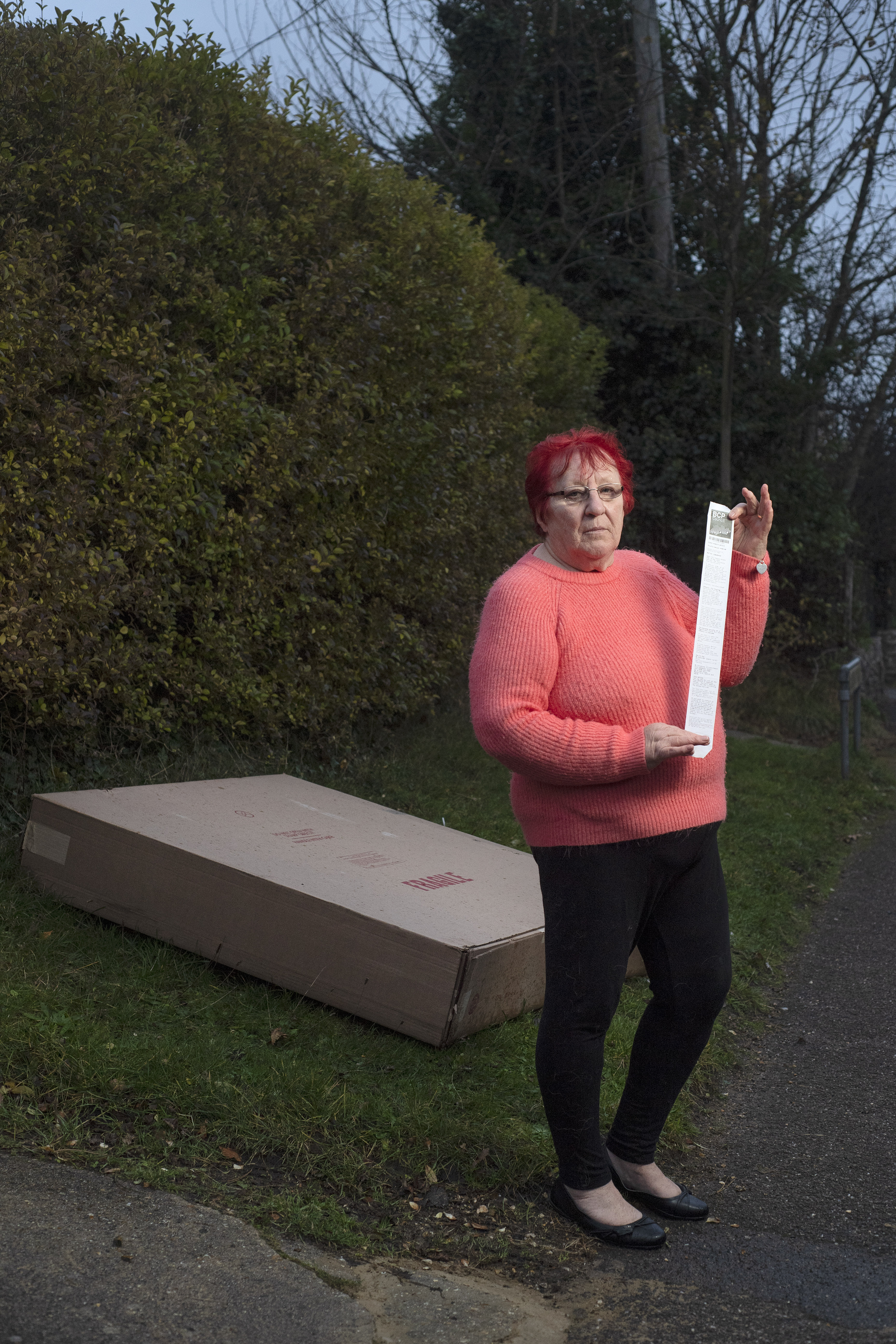 Her son, a detective sergeant with Dorset Police, was due to dispose of the 4ft6in by 4ft6in box the next day.

But someone told the local council about the box and an official arrived at her doorstep after seeing her name and address on the packaging.

Mrs Holmes said she "nearly fainted" and feared she was about to be arrested after being "read my rights".

She was slapped with a £400 penalty notice and warned if she didn't pay within four weeks she'd be taken to court – and could face a fine of up to £50,000.

Mrs Holmes said: "I'm spitting feathers about the whole thing. This is a friendly community and I've lived here for eight years with no issues.

"People leave toys and other items outside their homes for other people to take if they like and when we had an apple tree we would leave a box of apples on the verge for everyone to take.

"I've got no idea who has reported on us."

She said if she had been fly-tipping, she would not have dumped something outside her own home with her name and address on it.

Mrs Holmes believes she was an 'easy target' for the official and claimed the council have previously taken days to respond to much bigger incidents of fly-tipping in the area.

When he said it would be for £400, I nearly fainted

The hot tub lid came on Tuesday and they put the cardboard box on the verge outside their house on Wednesday late afternoon.

A council official knocked on her door at 9.30am yesterday morning.

Mrs Holmes said: "He said there had been a report of fly-tipping and asked if the box outside was mine.

"I explained that I had left the box there for my son to pick up and he said, in light of my explanation, he was prepared to leave the matter at a fixed penalty notice.

"When he said it would be for £400, I nearly fainted. The fine has cost almost as much as the hot tub lid.

"I tried to tell him that I was not fly-tipping and, if I was, why would I leave something outside my own house with my name and address on it.

"There is so much fly-tipping with tyres and so on which goes on around her but maybe I was an easy target.

"I don't want to pay the fine but if I fight this in court I would have to pay a bigger fine and get a criminal record, and my son, who is a police officer, would be embarrassed at that."

Local residents took to social media to slam the council over the "disproportionate" fine .

One posted: "So it takes BCP days on end to do anything about 'proper' flytipping and yet you've had this within a few hours.

"I know we all want fly-tipping tackled, but this does seem somewhat disproportionate."

Ryan Watts posted: "Poor lady's got a £400 fine because some nosey b*****d thinks she's fly-tipped a package with her name on, outside her own house." 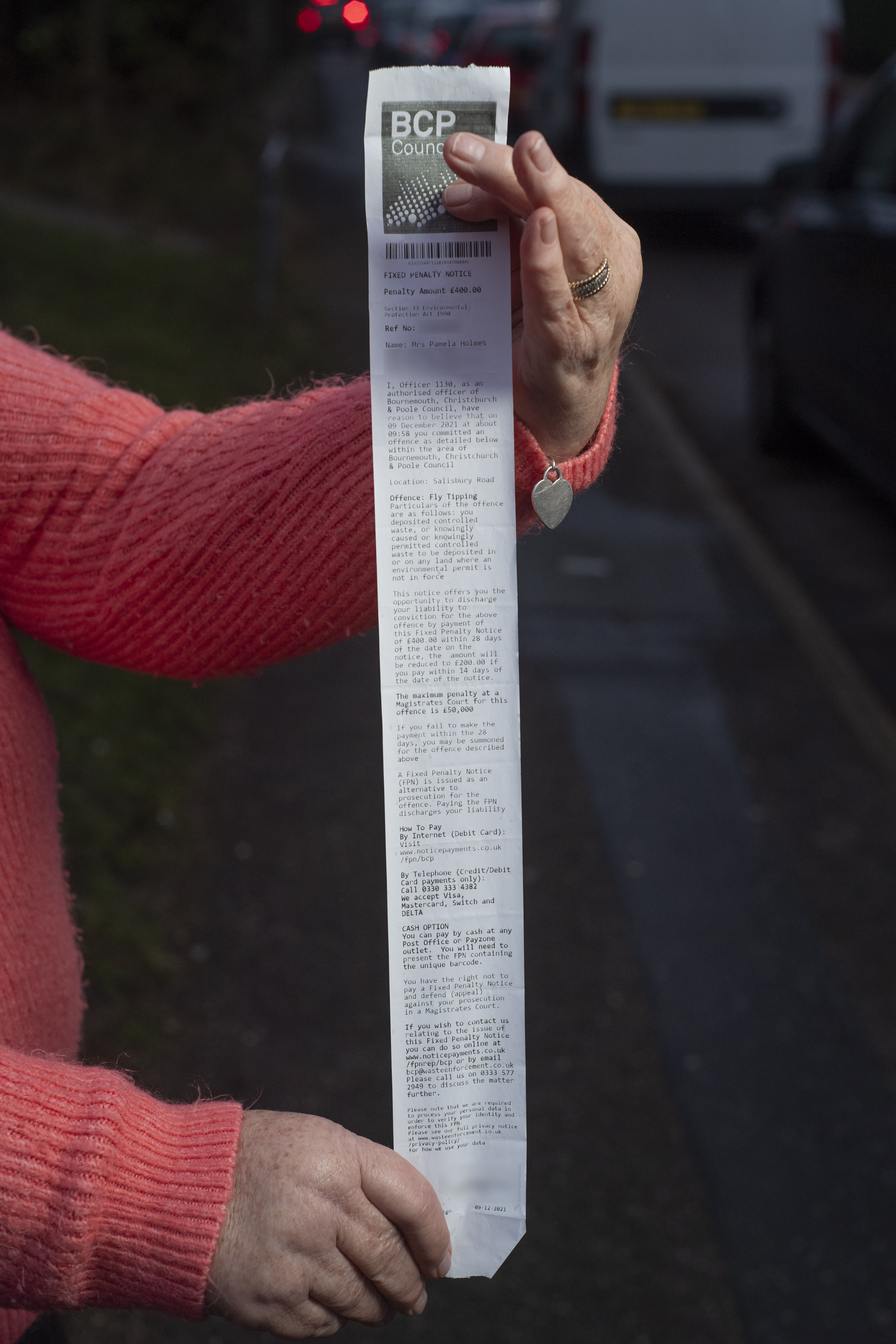 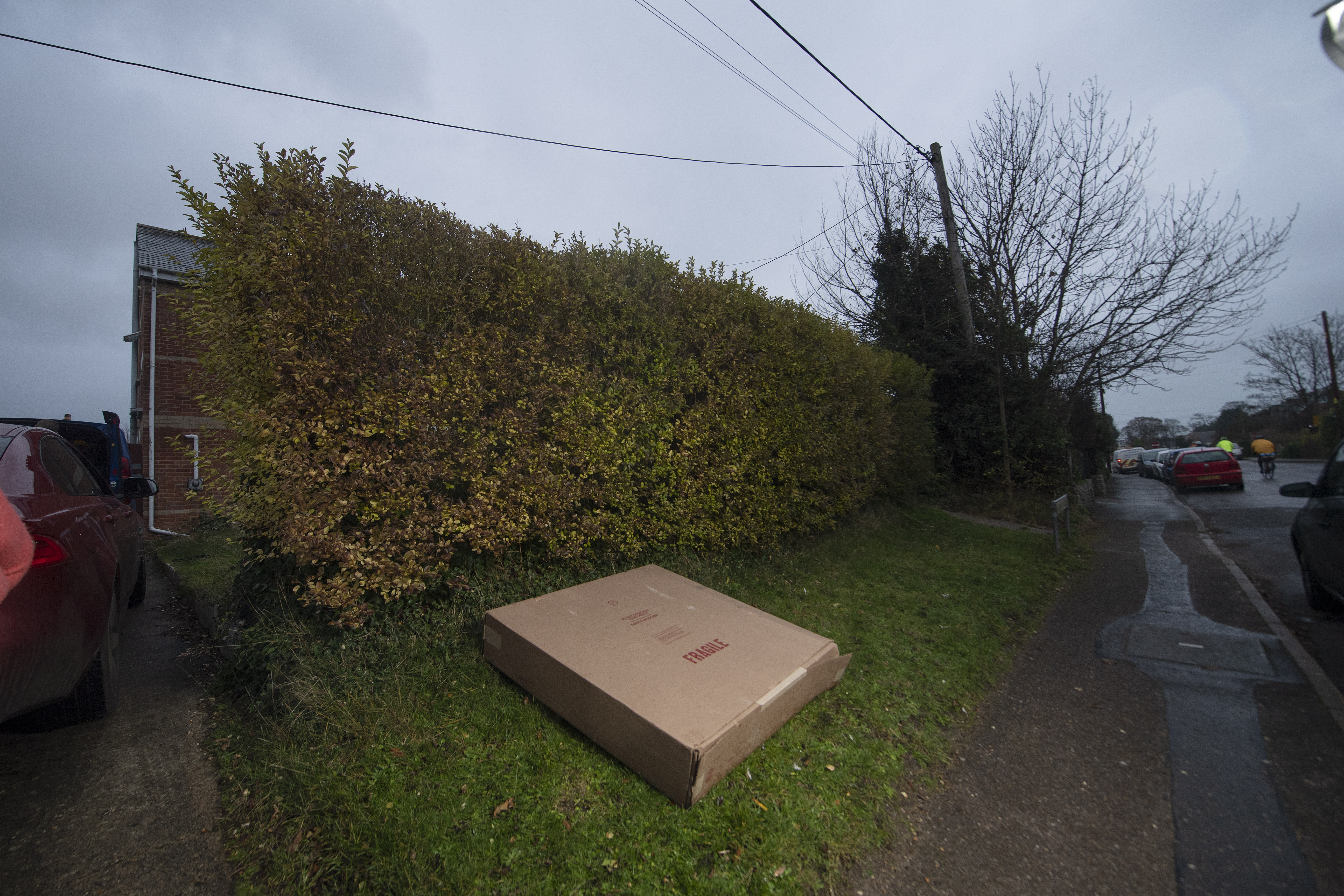