TRAGIC EuroMillions winner Margaret Loughrey splashed out on classic cars to keep beside the new home she never got to live in.

The 56-year-old, who scooped a £27million (€31million) fortune, built a six-bay showroom for the vehicles even though she did not drive. 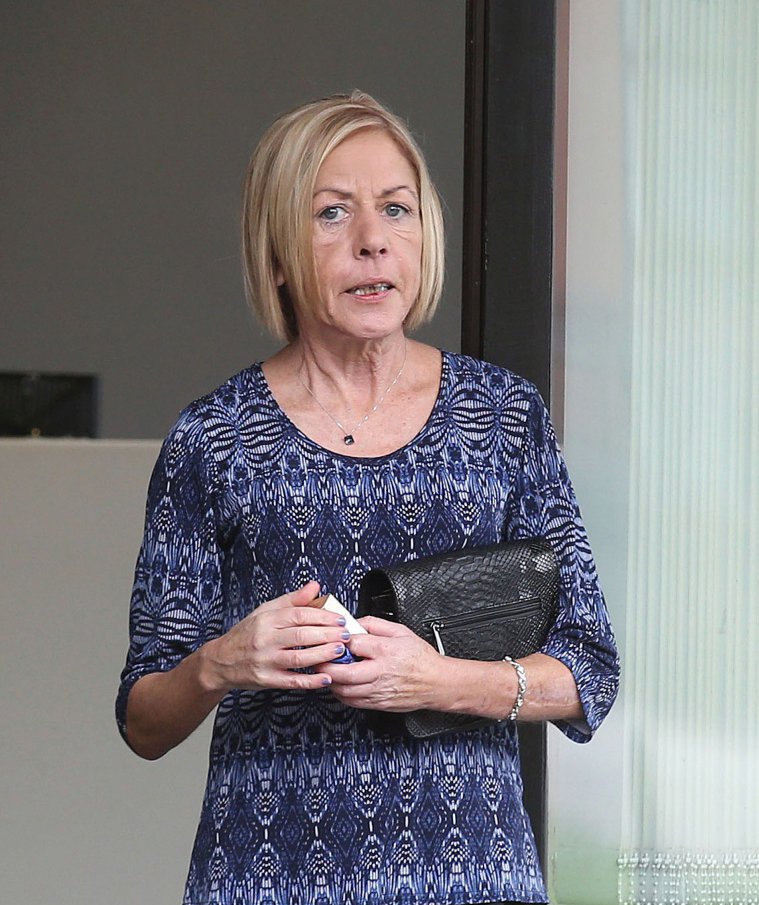 She was found dead at the £130,000 bungalow where she had been staying temporarily in Strabane, Co Tyrone, on Thursday.

The little house is next door to the showroom and the barrel-roofed converted barn where she planned to live alone.

Police said there were “no suspicious circumstances” after Ms Loughrey’s body was discovered.

Local independent councillor Paul Gallagher, who knew the EuroMillions jackpot winner, said she had been “sometimes a bit off the wall” and “hard to read.”

He told of a sad loss for the town saying she had "a great fortune but she didn’t enjoy it.”

Our pictures reveal the lotto winner, who bagged the colossal £26,863,588.20 fortune in November 2014, had bought a vintage motorbike with sidecar, a vintage VW Campervan, a classic VW Beetle and a vintage Land Rover jeep.

The showroom is directly opposite the newly-converted high-end Ballycolman Avenue house, called The Barn, which Ms Loughrey began renovating in 2019.

Mr Gallagher, who wasn’t aware she had any interest in cars, said: “The bungalow where she was living became available as she was doing up the barn over the last couple of years.

“She bought it and moved in and she could go into the new house every day to see what they had done.

“The bungalow was only to do her until the house was ready and the sad thing is that the house has been finished now.”
He said he visited the new house and that “it has to be seen to believed.”

He said: “It’s massive, open-plan inside."

“It had been wrecked and tumbled before she took over the site.

"She built a modern-day house with an arched corrugated roof, electronic gates, everything.

“God knows what it cost but there was no expense spared.

“It’s sad that it has been completed. It’s a shame she never got to enjoy it.”

He said the redevelopment of the site had “revamped the area” by turning “an eyesore” into a modern “state of the art” property.

Mr Gallagher added: “But it was just what she wanted to do. She wasn’t flamboyant. She kept herself to herself.”

Dubbed ‘Maggie Millions,' she had bought her lotto ticket at a SuperValu store on the way back from the local Job Centre.

'STRABANE WILL ALWAYS BE HOME'

After matching five numbers and two lucky stars, she said she had plans “to make a lot of people happy.”

She vowed to give £1M to her sister and each of her four brothers and handed out thousands to others.

Asked if she would be moving away from the area, she said: “Strabane will always be home for me."

A year later she was sectioned at Derry’s Gransha Hospital after being told she was “a danger to herself and others.”

Her mental health deteriorating, her weight at one stage plunged to five-and-a-half stone.

'NO ONE IS LISTENING TO ME'

Speaking from the secure psychiatric facility in 2014, she said: “They are saying that I am mentally unstable and that I have been for the past 20 years.

“If this is the case, why is there no record of me being treated for any mental illness?

“If I’ve been suffering for the past 20 years, why now?

“I totally disagree with what has happened but no one is listening to me.”

In 2014 she bought the landmark listed building Herdman’s Mill in Sion Mills for £1m with plans to develop it into a hotel.

In the same year, she became caught up in a row with the local Sion Mills Cricket Club after locking them out of their pitch on the 60-acre Mill grounds.

She later came to an agreement to allow it to use the pitch again.

She said: “Money has brought me nothing but grief. It has destroyed my life.”

And she said that unnamed people had “stolen millions” from her since she hit the jackpot, saying she had £5M left.

She said: “I regret winning the lottery, of course I do. I was a happy person before. I am a human being and all it has done is destroy my life."

In 2015, she was ordered by a judge to complete 150 hours of community service after she was convicted of assaulting a taxi driver.

A court heard there had been an alcohol-fuelled incident outside her home.

Last year the millionaire was ordered to pay £30,000 in compensation to a former employee.

He had complained she sent him one photograph featuring a Virgin Mary statue holding a cigarette and a glass of whiskey.

Another snap, he claimed, was of a teddy bear lying across a Virgin Mary image.

The lotto winner had written: “The puppet you worship is no longer a virgin”.

'LOT OF DONATIONS TO CHARITIES'

She unsuccessfully appealed the court’s decision.

More recently Ms Loughrey, who was married for around a year in the 1980s, bought The Greyhound Bar in Strabane and had plans to redevelop it.

Mr Gallagher said: “The cars were something that probably just took her fancy and away she went, even though she didn’t drive.”

He said that her “legal wrangles” in which she became involved did not reveal her true character.

“She made a lot of donations to charities,” he said.

“There were a number of community groups that she gave money to in Strabane town.

“She gave money to the Special Olympics too. But she was never at the front being photographed handing over a cheque.

“She didn’t want any of that."

A spokesman for the Northern Ireland Ambulance Service said on Thursday: "We were called to an emergency in the Ballycolman area of Strabane at 10.30am this morning.

“No patients were taken from the scene."

Jason Barr, a local SDLP Councillor, said Ms Loughrey “had her ups and downs in life like all of us but hopefully she's at rest now."

Party colleague and Assemblyman Mark H Durkan said: “It is clear from her public life that she was vulnerable and that other vulnerable people have been exposed to great change after winning huge amounts on lotteries.

“I believe the National Lottery and other lottery operators should examine ways of providing longer-term welfare care to vulnerable people after winning large amounts and not just financial advice.” 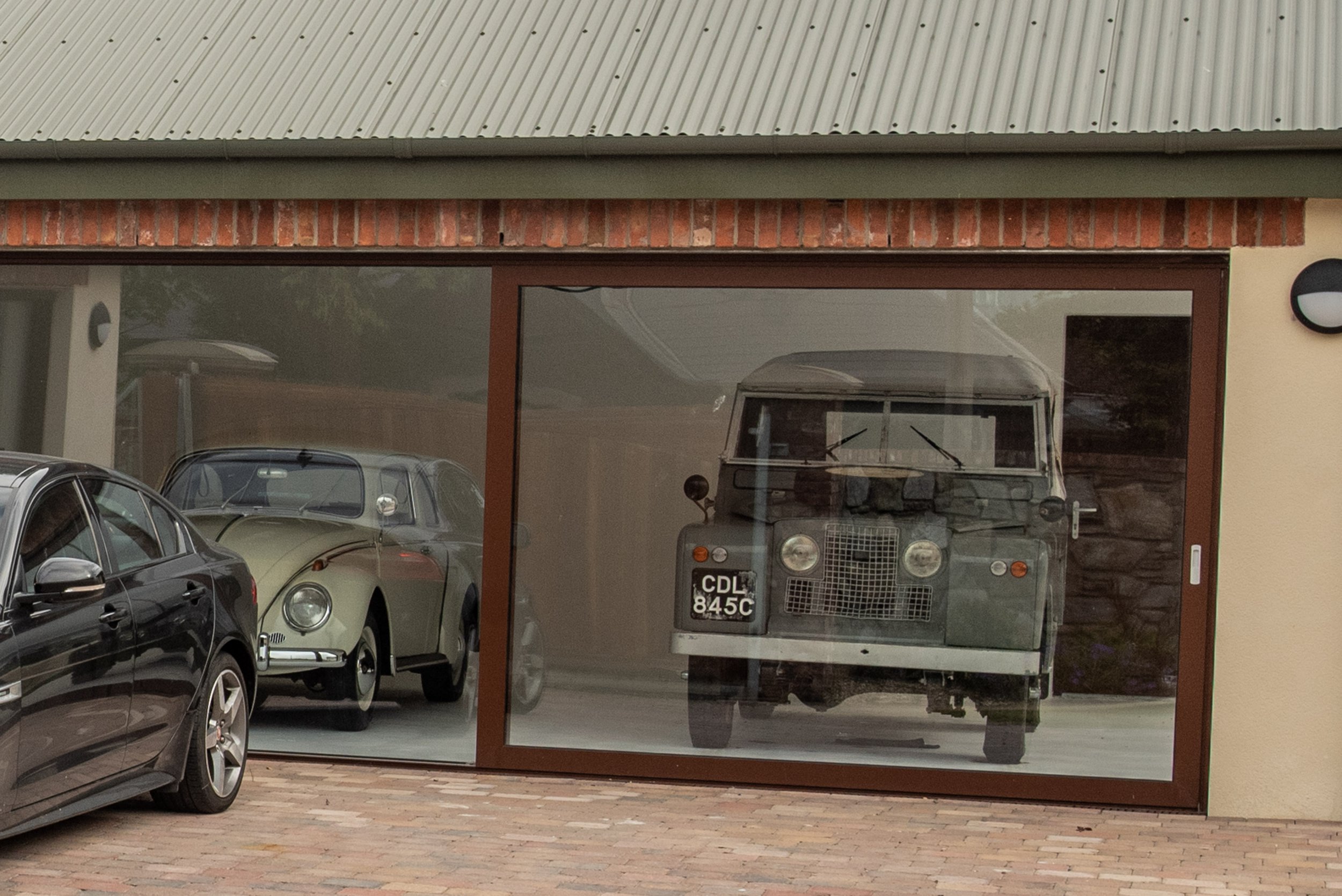 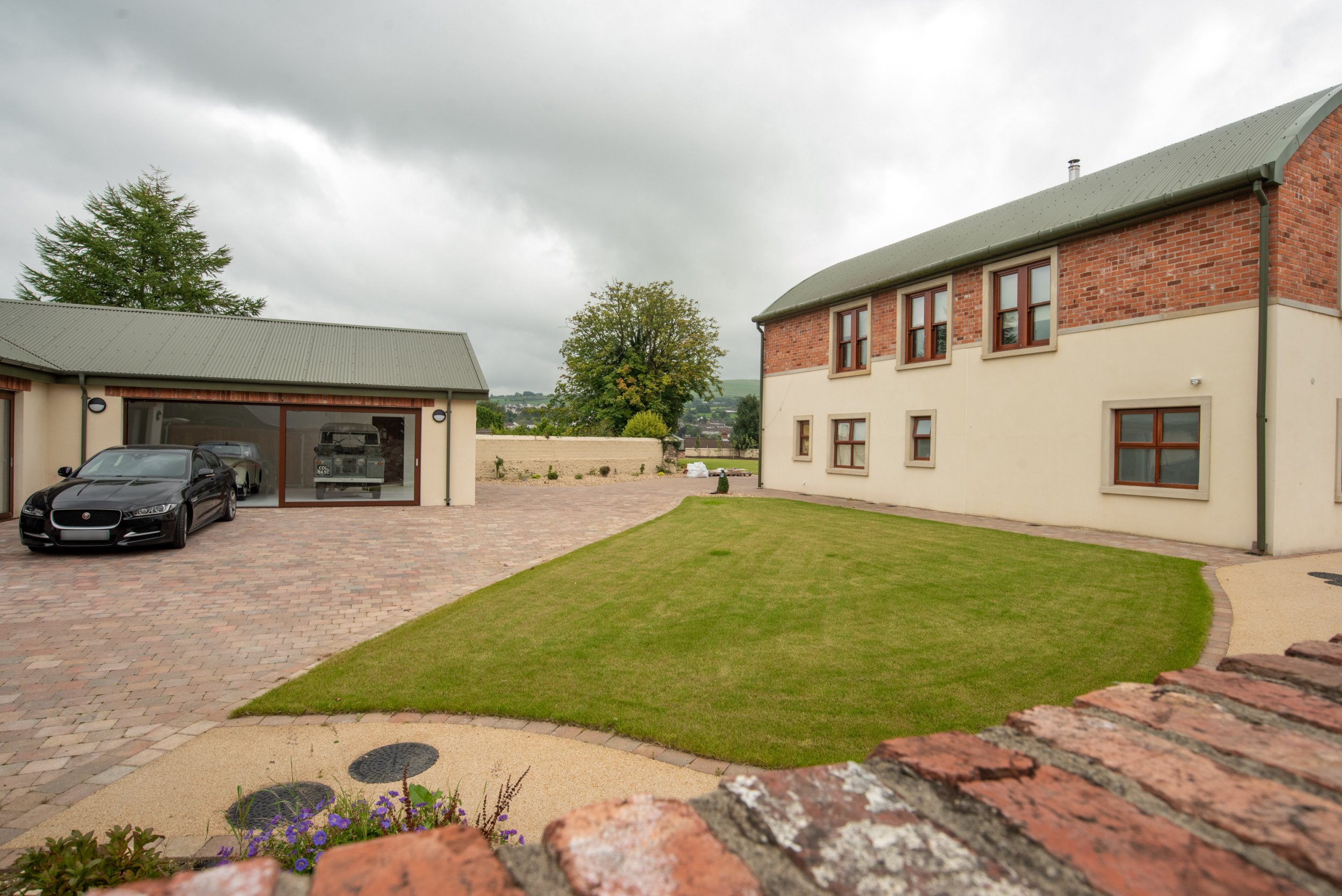 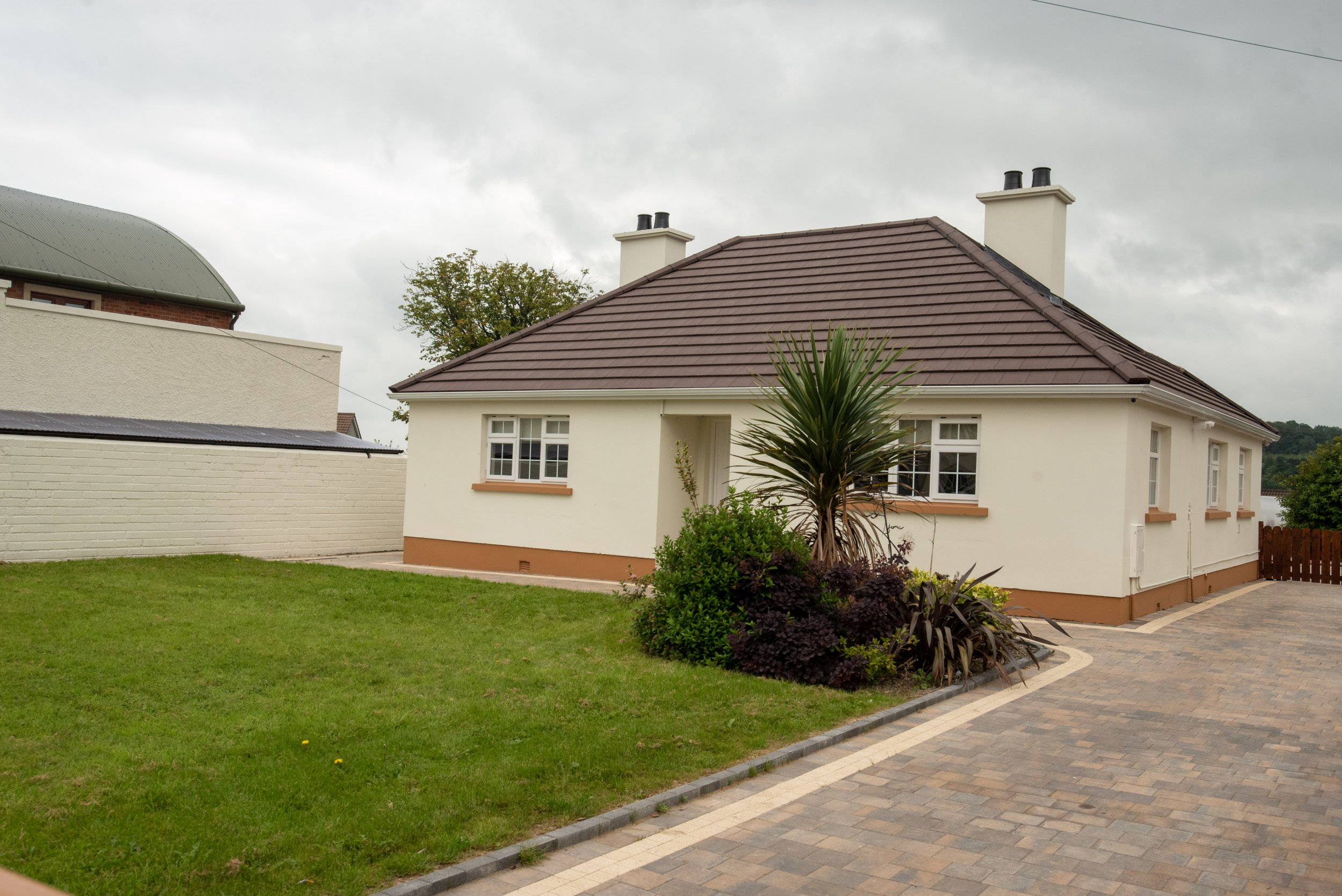 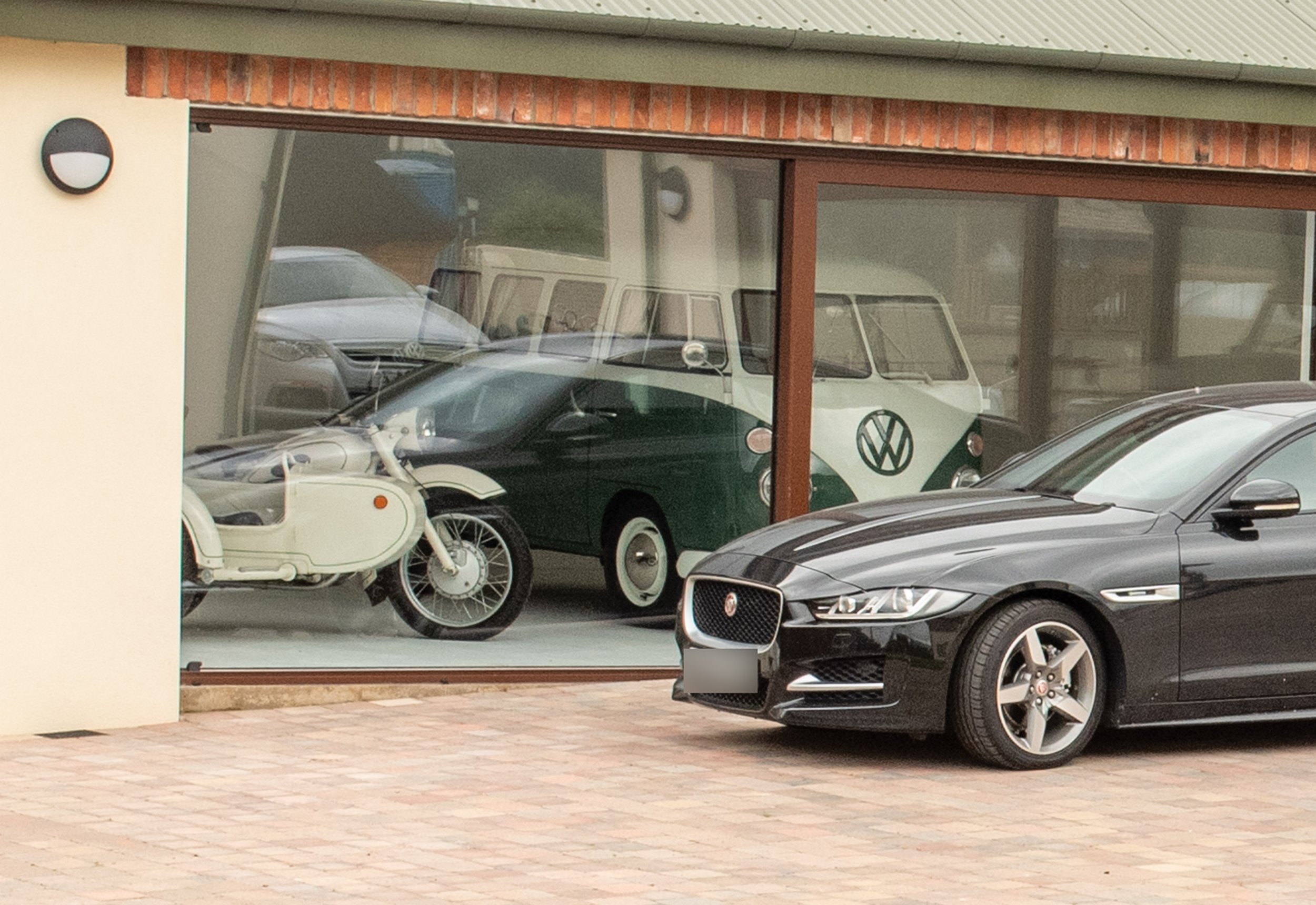 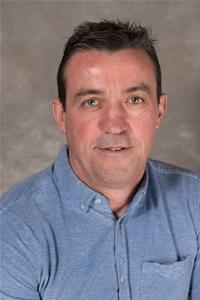