Iran, China sign deal to warn US against isolating them, professor says 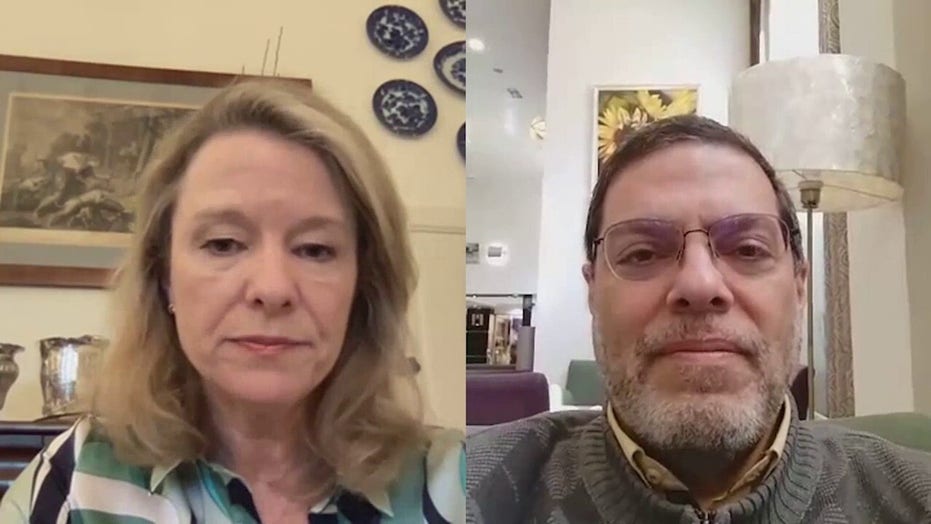 For years, China had been playing it safe in dealings with Iran to avoid provoking the United States, but it seems all bets are now off. Over the weekend, Tehran and Beijing signed a 25-year cooperation deal amidst great fanfare in the Iranian capital. University of Tehran Professor Mohammad Marandi, who is close to the regime, told Fox News that it is about much more than what’s on paper.

“This strategic partnership is important because it allows Iran and China to build a roadmap for long-term relations that will be much more fruitful,” he said. “It’s also a signal being sent to the United States. The more the U.S. tries to isolate Iran and China, the more it causes countries like Iran and China to move more closely to each other.”

The deal was five years in the making. While details were not made public, it is rumored to involve a guarantee of cheap oil to China for two and half decades in return for Chinese investment in Iranian infrastructure. The deal’s value is estimated at $400 billion, and Iran makes no secret that it’s interested in access to Chinese technology. There has been speculation that the deal could include the establishment of a Chinese-Iranian bank, which could help trade in the face of U.S. sanctions against Iran.

“Most importantly,” Marandi added, “both countries are very interested in cooperating over the Belt and Road Initiative, which would increase trade through Central Asia dramatically over the coming years.” Belt and Road is China’s initiative to expand its reach from Beijing to Berlin with infrastructure projects linking continents to facilitate trade and enrich China.

Reportedly, there has been some blowback domestically in Iran over the deal among those who fear the long arm of China. But Iran Foreign Minister Javad Zarif called China a “friend for hard times” and spoke glowingly of burgeoning ties between “two ancient cultures.”  China Foreign Minister Wang Yi, for his part, has accused someone else of overreach.  “The U.S.,” he said, over the weekend, “should remove the long arm of jurisdictional measures aimed at China among others.”

There has been a scramble among recipients of the Biden administration’s tough talk on China, Russia, North Korea and now Iran to show solidarity of the sanctioned. Russia Foreign Minister Sergei Lavrov recently visited China where he urged “like-minded countries to join forces to dismantle the U.S. dollar grip over the international payments system.” And Chinese President Xi Jinping sent a message to North Korean leader Kim Jung-un in which he called the relations between the two countries “a valuable asset.”

Mark Fitzpatrick, the former director of the Non-Proliferation Program at the International Institute of Strategic Studies, said the announcement of the deal confirms a trend. “China’s economic role in the Middle East increases every year. This agreement with Iran, as ambiguous as it is, is another indicator of China’s growing role and interest.”

It does not necessarily conflict with U.S. interests, he said, but it is another play in the great power competition. But theoretically, rather than undermine the U.S. position vis-a-vis Iran as Washington negotiates its way back to the so-called JCPOA nuclear deal, China’s position now could provide leverage as a major customer of one of Iran’s most significant commodities depending on how the international deck of cards stacks up. Many experts say, without relations, there is no leverage.

“China has been buying oil from Iran, not at the level they used to, and through complicated arrangements. If Iran were to do something egregious its leverage could come into play,” Fitzpatrick said. “China could cut off oil sales.” China was part of the P5+1 group of nations that hammered out that deal.

“China did play an important role in the original 2015 nuclear deal, not a leading role but a supporting role.” Fitzpatrick points out that China was key in helping to redesign the heavy water research reactor at Arak, which had been one of the sticking points of negotiations.

I ask Marandi where he sees Iran’s most important alliances and its place in the world.

“Iran has many friends,” he told Fox News pointing to neighbors, with the exception of Saudi Arabia, and across the continent. “Iran’s problem is basically the U.S. and the handful of countries that work with the U.S.”

Skeptics, despite the proclamations of enhanced friendship between Iran and China, say that new strategic union may be no more than a marriage of convenience that each side can use as long as it is handy and profitable in the context of developments in the broader world.