Wiener was allegedly embroiled in a series of sexual misconduct scandals that challenged the pair's relationship. 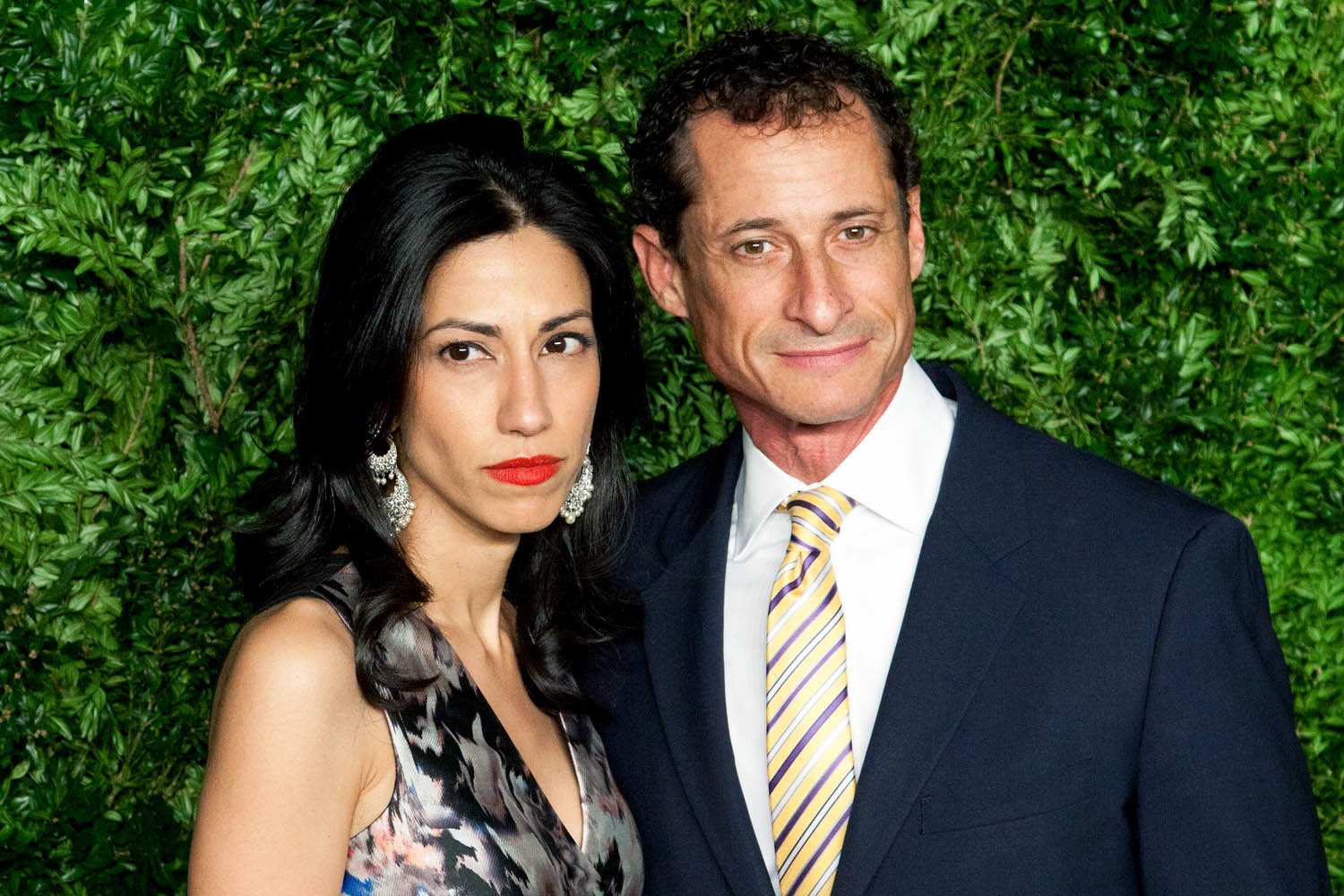 She began her career as an intern to the then-First Lady Hillary Clinton in the White House in 1996.

Then, for more than a decade, she took a break from politics before returning to become Hillary's aide and adviser when she ran for US Senate in 2000.

From there she became her travelling chief of staff and has been a key figure in Hillary's presidential campaigns, working as a trusted adviser to her on the Middle East in particular and being dubbed her "secret weapon."

At the reception Hillary said: "I have one daughter, but if I had a second daughter, it would be Huma." 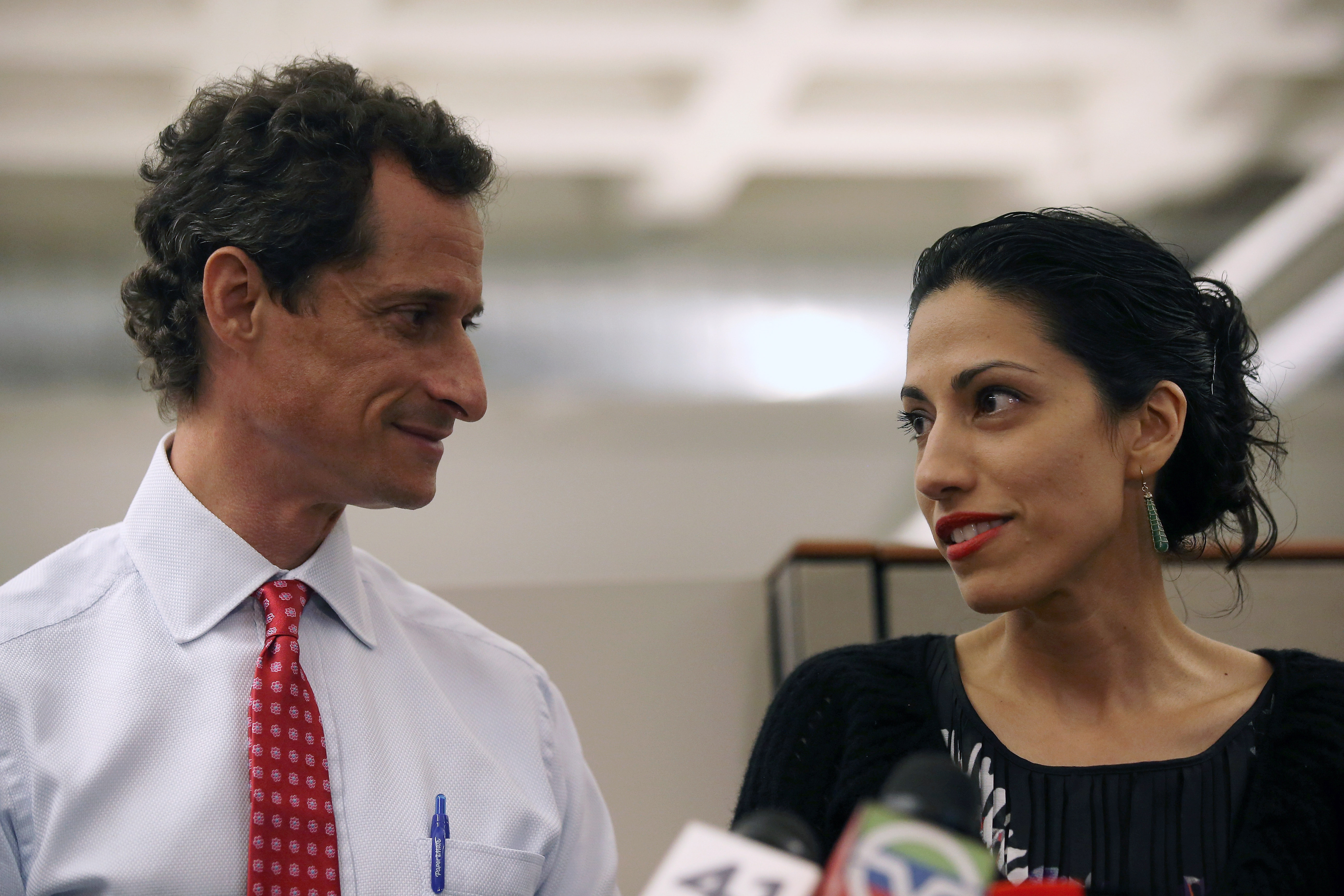 Just over a year later she gave birth to a baby boy, Jordan Zain Weiner.

But in August 2016, she announced her separation from Weiner following  sexting allegations against her husband.

The disgraced congressman was investigated for allegedly sexting a 15-year-old schoolgirl.

Later he was investigated by police for allegedly texting a girl of 17 from Delaware, but he denied sending inappropriate messages.

Weiner was sentenced to 21 months in prison after he pleaded guilty in 2017 to transferring explicit messages to an underage girl.

U.S. Attorney Joon H. Kim wrote in a statement at his sentencing: "Anthony Weiner, a former Congressman and candidate for Mayor, asked a girl who he knew to be 15 years old to display her naked body and engage in sexually explicit behavior for him online.

"Justice demands that this type of conduct be prosecuted and punished with time in prison. Today, Anthony Weiner received a just sentence that was appropriate for his crime."

Upon his release from prison, Weiner was ordered to register as a sex offender.

What was the most recent scandal to hit Huma Abedin and Anthony Weiner?

Police seized Weiner's mobile phone and other computers which were also used by Huma in 2017.

In October 2017, FBI director James Comey announced that emails which were sent from the computer could contain material that was “pertinent” to the Hillary Clinton email controversy.

Huma is alleged to have forwarded some of her emails from her secure government address to a Yahoo account as it was easier to print them from there.

The relaunched probe into Mrs Clinton centers around whether these messages contained classified information.

Mrs Clinton had faced a long-running probe into her use of a personal email address for her work communications but the FBI said that although she had left herself open to hackers, there were no grounds for prosecution.

It is thought the investigation could have ruined Clinton's chances in the presidential election where she lost out to Donald Trump.

In June 2021, it was reported that Weiner rejoined the social media app he used during his underage sexting scandal.

The disgraced former Congressman appeared to return to the scene of the crime as he was caught using the cryptic messaging service Confide, Page Six reported.

It was one of the apps he used when he was caught sexting with a 15-year-old North Carolina high school student in 2016.

When asked by the publication if he had reestablished his presence on Confide, Weiner confirmed it – but insisted it was only because the app had asked him to view some unread messages.

“Yeah I got this,” he wrote in an email to Page Six, and described being prompted by Confide to view his unread messages.

It is unclear if he is still on Confide today. He has not been seen using the app since June 2021.