Israel and Lebanon agree on maritime deal for gas-rich area

Israel said it reached “an historical agreement” with Lebanon after both sides approved the latest draft of a US-brokered deal that settles a maritime border dispute in a gas-rich part of the Mediterranean Sea.

The accord could pave the way for both countries to ramp up offshore gas production, including Israeli exports to Europe, which is desperate for more supplies after Russia cut flows after invading Ukraine. Israeli Prime Minister Yair Lapid said in a statement that the agreement will “inject billions into Israel’s economy,” while a tweet from the Lebanese president’s office said that it “preserves its rights to its natural wealth”. 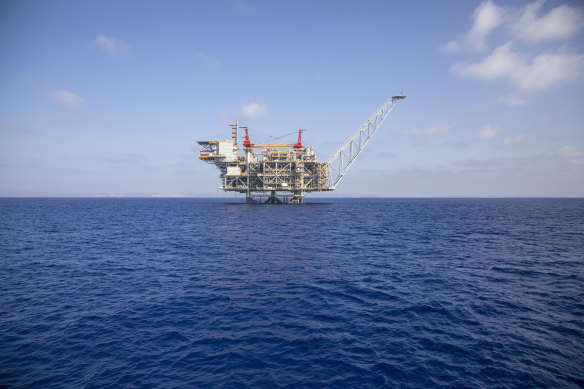 US President Joe Biden spoke with Lapid and Lebanese President Michel Aoun on Tuesday (US time), and both leaders signalled their willingness to end the dispute and push forward with implementation of the agreement, a senior US official said. The US believes that natural gas could quickly flow to Lebanon if implemented under its current terms, according to the official, who briefed reporters on the deal on the condition of anonymity.

“Energy—particularly in the Eastern Mediterranean—should serve as the tool for cooperation, stability, security, and prosperity, not for conflict,” Biden said in a statement. “The agreement announced by both governments today will provide for the development of energy fields for the benefit of both countries, setting the stage for a more stable and prosperous region, and harnessing vital new energy resources for the world.”

Under the deal, Israel should be able to begin extracting natural gas from the offshore Karish field, without threats of attacks by Hezbollah, the Iranian-sponsored Lebanese militant group. It would also ensure that Lebanon, through a TotalEnergies SE-led consortium, can start exploring the Kana field, and pay royalties to drill in the sections in Israel’s territory.

Lebanon’s energy minister said he would meet representatives of TotalEnergies on Tuesday. The Israeli security cabinet of select ministers will convene to discuss the agreement on Wednesday, followed by a special meeting of the government, the Israeli prime minister’s office said.

Israel has said gas production from Karish in the eastern Mediterranean will enable it to increase exports, including to Europe. Prices of the fuel have soared this year since Russia’s invasion of Ukraine. London-listed Energean Plc, set to operate Karish, plans to begin production within the next few weeks, a company spokesperson said.

The deal has been a key aim for the US in the Middle East. Amos Hochstein, Biden’s senior adviser for global energy security, has travelled to Lebanon and Israel several times to persuade the countries to reach an agreement.

The talks were complicated by the fact that Lebanon doesn’t officially recognise Israel. The arrival in June of the Karish floating production vessel angered many Lebanese politicians and Hezbollah. A few weeks later, Israel said it had intercepted three hostile drones from Lebanon flying in the direction of the rig.