Israel is set to give green light to almost 3,000 new homes for Jewish settlers in occupied West Bank as US voices ‘concern’ over the plans

Israel is set to move forward with thousands of new homes for Jewish settlers in the West Bank this week, a watchdog group said today.

The plan to construct almost 3,000 new residences in the West Bank has already drawn calls for restraint from the US, which on Friday voiced ‘concern’ over the expected approvals.

Hagit Ofran, from the anti-settlement group Peace Now, said a committee is set to meet on Wednesday to approve 2,800 units deep in the West Bank.

It would further complicate any efforts to create a Palestinian state and represents the latest development in a long, protracted conflict in the region.

Despite much of the international community viewing such settlements as illegal, more than half of the residences are receiving final approval, meaning construction could begin as early as next year.

The West Bank has been occupied by Israel since 1967, but the land is strongly contested by the Palestinians who believe they have a historical right to the region. 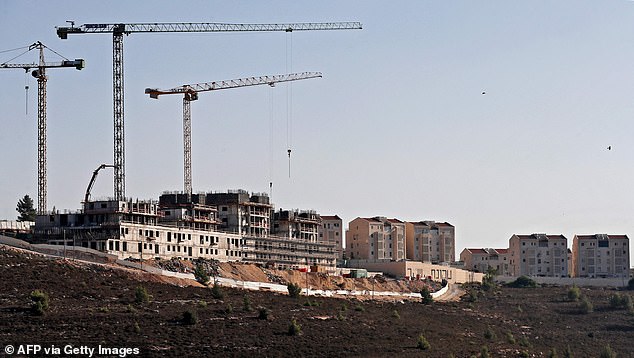 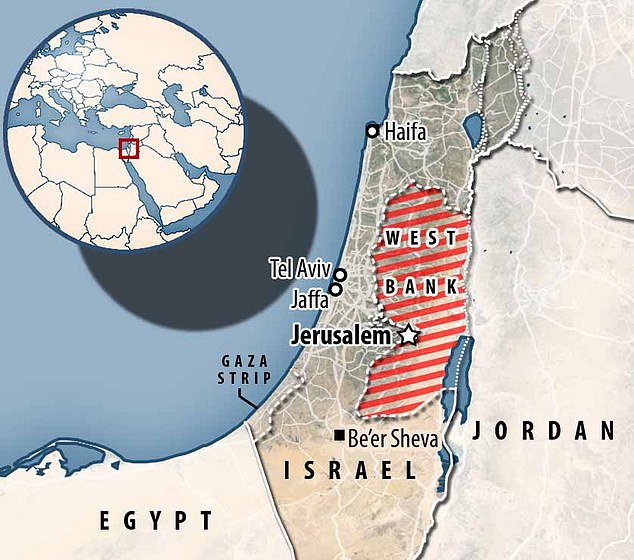 The West Bank has been occupied by Israel since 1967, but the land is strongly contested and remains the source of a long, protracted conflict in the region between Israel and the Palestinians 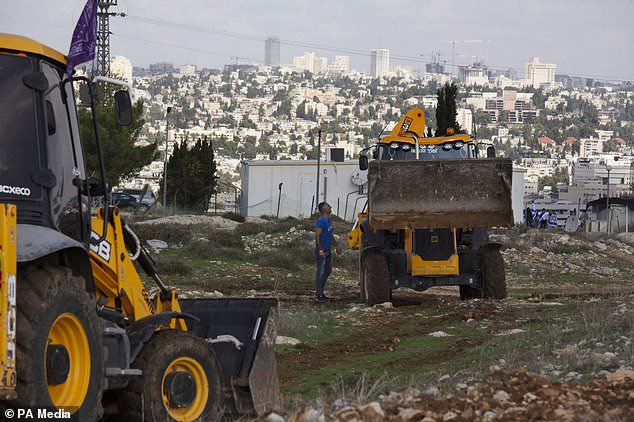 On Friday, US State Department spokesman Ned Price said America is ‘concerned’ about the housing plans.

He called on Israel and the Palestinians to ‘refrain from unilateral steps that exacerbate tension and undercut efforts to advance a negotiated two-state solution’ to the conflict.

The Palestinians want the West Bank, along with the Gaza Strip and east Jerusalem – areas Israel captured in the 1967 Middle East war – for their state.

The Palestinians view the Israeli settlements in the West Bank as a key obstacle to peace as they claim a historical right to the region, along with the Gaza strip.

Roughly 3 million Palestinian Arabs live in the West Bank under both limited self-rule and Israeli military rule, while the region is also home to some 430,000 Israeli Jews who live in clusters of settlements build under Israel’s occupation.

The vast majority of the international community considers these settlements illegal under international law, but Israel views the West Bank as the biblical and historical heartland of the Jewish people.

Israel also says the West Bank is strategically vital to its self-defence.

Former Israeli president Benjamin Netanyahu previously said that Israeli settlements should not constitute an obstacle to peace in the region, but was vocal about his intention to continue building settlements despite widespread international condemnation.

The news that Israeli authorities are set to approve the construction of thousands more residences suggests that current leader Naftali Bennett intends to uphold his predecessor’s stance.

Anti-settlement group Peace Now also said Israel is also set to approve 1,600 units for Palestinians in the areas of the West Bank that it controls.

But critics say the move is an initiative from villagers, not the Israeli government, and that the figure is a fraction of the building permits requested by Palestinians over the years.