Jacob Rees-Mogg has played down allegations that Boris Johnson breached the ministerial code over Partygate amid criticism of the Prime Minister from a respected historian.

Lord Hennessy, a crossbench peer, claimed Mr Johnson had ‘shredded the ministerial code’ and was ‘unworthy’ of the Queen, ‘her Parliament, her people and her kingdom’.

The professor of contemporary British history at Queen Mary, University of London also said he ‘cannot remember a day where I’ve been more fearful for the wellbeing of the constitution’.

Mr Johnson has been accused of misleading the Commons over the lockdown-busting gatherings in Downing Street after he was fined for attending a birthday party thrown in his honour in the Cabinet Room in June 2020. 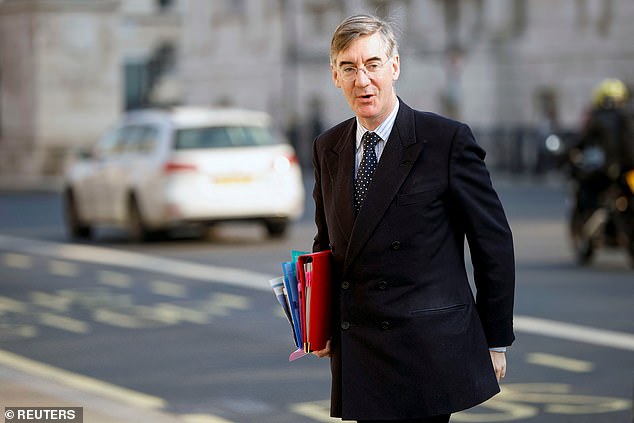 ‘The Ministerial Code is not a legislative part of our constitution – it is a set of guidelines produced by the Prime Minister,’ he told the BBC.

‘I think that the Prime Minister spoke to Parliament in good faith.’

The code states: ‘Ministers who knowingly mislead Parliament will be expected to offer their resignation to the Prime Minister.’

At the weekend, Caroline Nokes became the latest Tory backbencher to insist the PM should go, revealing she has not withdrawn the letter of no confidence she submitted earlier this year.

Mr Johnson will face MPs once more tomorrow and is still planning to visit India at the end of the week for defence, security and economic talks with the country’s prime minister Narendra Modi. 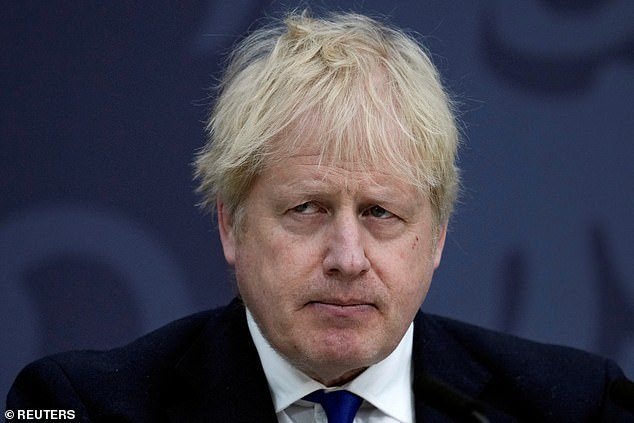 Meanwhile it emerged that Sue Gray will not publish her report into lockdown parties at Downing Street until all police fines have been handed out.

The Met will not confirm the interview stage of its investigation is complete in case new evidence makes further interrogations necessary – and yet more fines are issued.

As a result, the Gray report is unlikely to be released before May 5, the date of the local elections.