Family of Jewish father-of-two, 56, who was lynched during anti-Israeli riot in city of Lod donate his organs – and his kidney saves Arab woman who waited seven years for a transplant

The kidney of a Jewish man who was killed by an Arab lynch mob who hurled rocks at him during an anti-Israel riot has been donated to an Arab woman.

Yigal Yehoshua, 56, died in hospital in the Israeli town of Be’er Ya’akov on May 17 just days after he was hit in the head with rocks which were thrown at his car by rioters as he drove to his home in Lod last week.

The father-of-two managed to drive away from the attackers before collapsing on his driveway and being rushed to hospital in a serious condition.

However he passed away just six days after the horrific attack.

Following his death, Mr Yehoshua’s family decided to donate his organs in an effort to save others.

His kidney was donated to Jerusalem resident Randa Aweis, 58, who underwent a successful operation at Hadassah Hospital after waiting seven years for the organ on a transplant list. 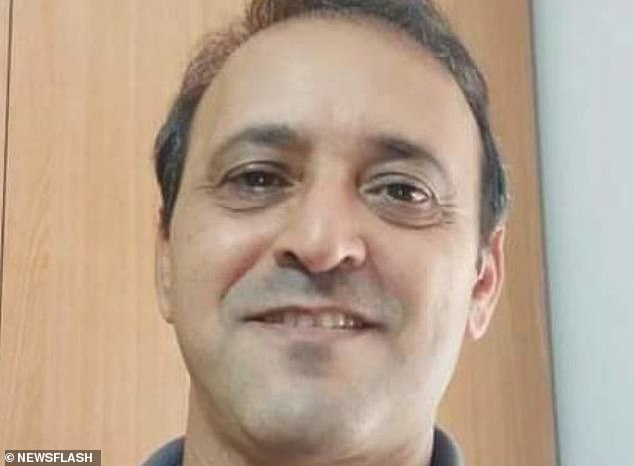 Yigal Yehoshua, 56, died in hospital in the Israeli town of Be’er Ya’akov on May 17 after he was attacked by an Arab lynch mob 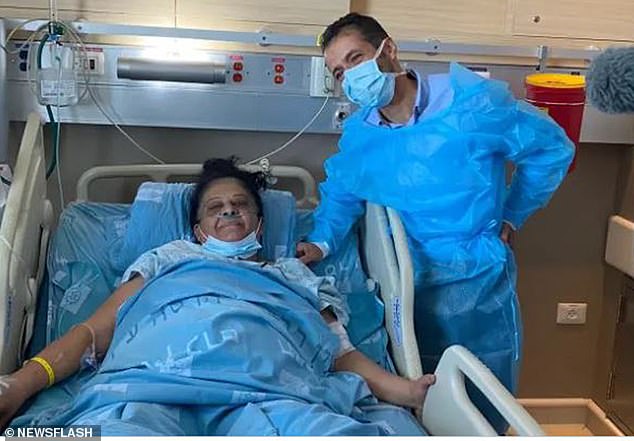 The kidney was donated to Jerusalem resident Randa Aweis, 58, who underwent a successful operation at Hadassah Hospital

The Arab Christian woman, who is now making a successful recovery in hospital, later spoke to Mr Yehoshua’s wife Irena and said: ‘We are like family now’.

The mother-of-five told Fox News: ‘I never believed I would take the kidney of a person who was killed in such a way, in such a criminal way.

‘I hurt for the family. I feel that I am taking a kidney of a person who is like family to me. Now I have a family, a different family, a Jewish family.’

She told The Times of Israel on Thursday: ‘We are so grateful to the Yehoshua family. We feel, all at once, joy over mom’s transplant, and pain at their tragedy that brought it about.

‘There is no such thing as Arabs and Jews. Rather, we’re just people, and we need to live together.’

Yesterday, head of the transplant department at Hadassah Hospital, Dr Abed Halaila, said the organ donation had given Ms Aweis ‘a new lease of life’.

He said: ‘We have just seen a woman receive a new organ, and a new lease of life, and I want to say a big thank you to the donor’s family.’

Following Mr Yehoshua’s death, his brother Efi Yehoshua described him as a ‘man of charity’ who ‘had such a big heart’.

He told Fox News: ‘He was a man of charity. Just because he had such a big heart, we said we will donate his organs. We have been honoured to do so.’ 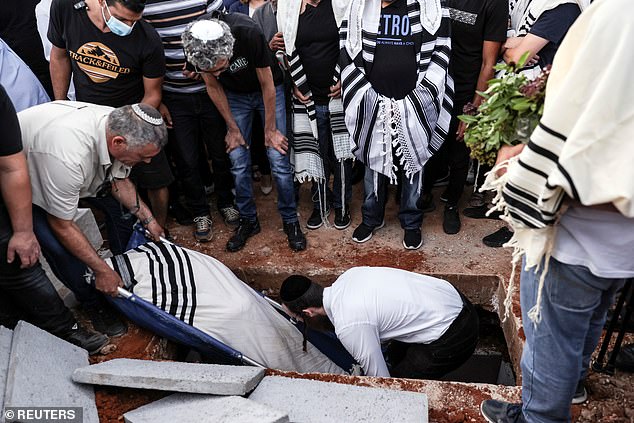 Family and friends mourn during the funeral of Yigal Yehoshua, who died on May 17 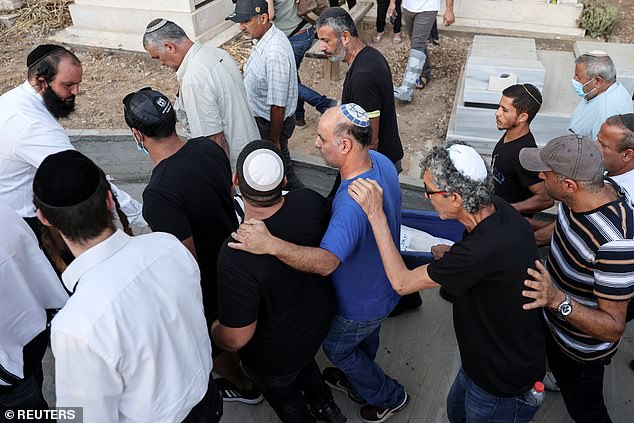 Mr Yehoshua’s other kidney has been donated to a 67-year-old man and his liver has been given to a 22-year-old.

This Tuesday, hundreds of mourners flooded onto the streets to pay tribute to Mr Yehoshua as he was laid to to rest in a cemetery in his family’s community of Moshav Hadid.

It came as Israeli Prime Minister Benjamin Netanyahu vowed to ‘settle the score’ with those who killed the father-of-two.

In a statement, Mr Netanyahu said: ‘I share in the sorrow of the family of the late Yigal Yehoshua who was murdered in a lynch carried out by Arab rioters in Lod.

‘We will settle the score with whomever participated in this murder; nobody will escape punishment. May Yigal’s memory be blessed and be bound in our hearts forever.’

Today, Israel and Hamas ceased hostilities and brought a halt to the fiercest fighting the region has seen in decades.

Since the fighting began on May 10, health officials in Gaza say 232 Palestinians, including 65 children and 39 women, have been killed and more than 1,900 wounded in aerial bombardments.

Israel says it has killed at least 160 combatants in Gaza.

Authorities put the death toll in Israel at 12, with hundreds of people treated for injuries in rocket attacks that have caused panic and sent people rushing into shelters.