Home » World News » July 4th at the White House is an annual tradition. Here’s how it started. 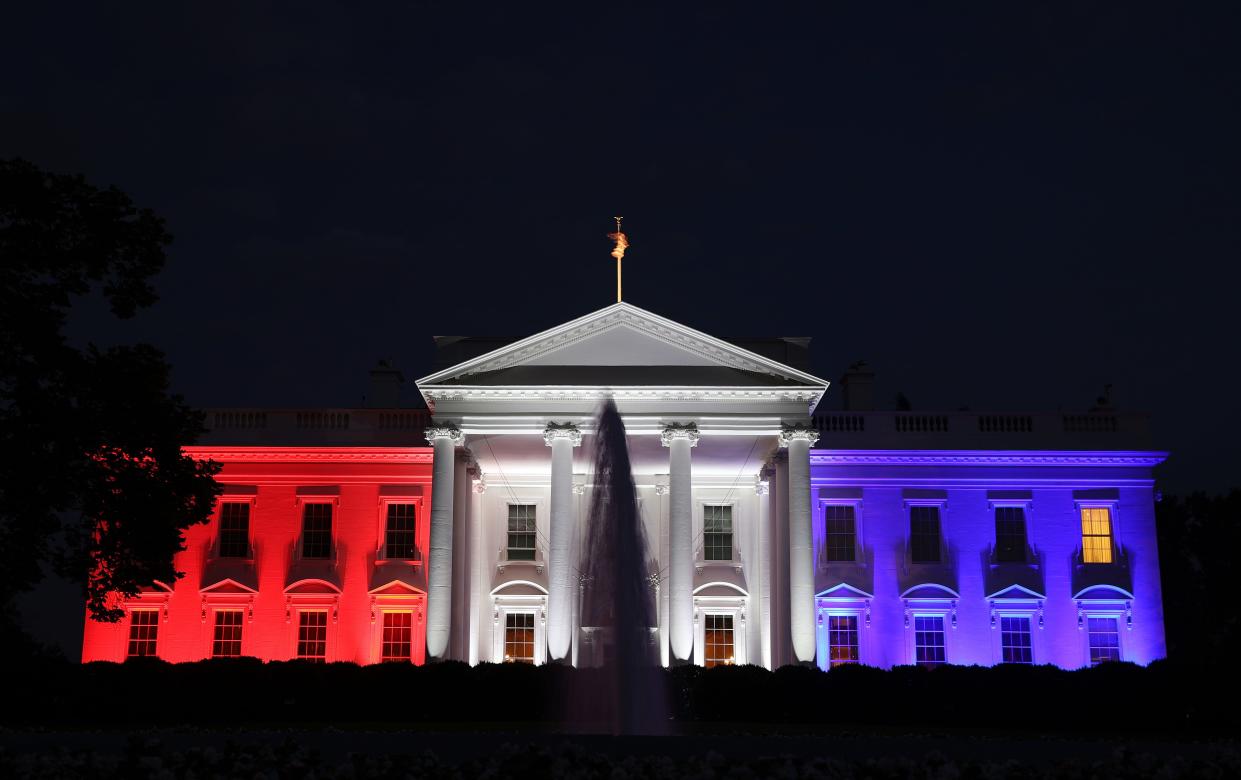 Here’s how past administrations celebrated the holiday:

Jefferson, the nation’s third president, was the first to celebrate Independence Day at the White House in 1801. He marked the occasion with horse races, a parade and a festival, according to the White House Historical Association.

Jefferson opened the oval saloon – now the Blue Room – to citizens, diplomats, civil and military officers and chiefs of the Cherokee Nation. The festivities were accompanied by the Marine Band.

The annual celebration started by Jefferson continued throughout the 19th century. Abraham Lincoln, the 16th U.S. president, allowed African American schools and churches, as well as other religious groups, to hold a picnic on the White House South Grounds amid the Civil War in 1864. Lincoln attended as a guest. 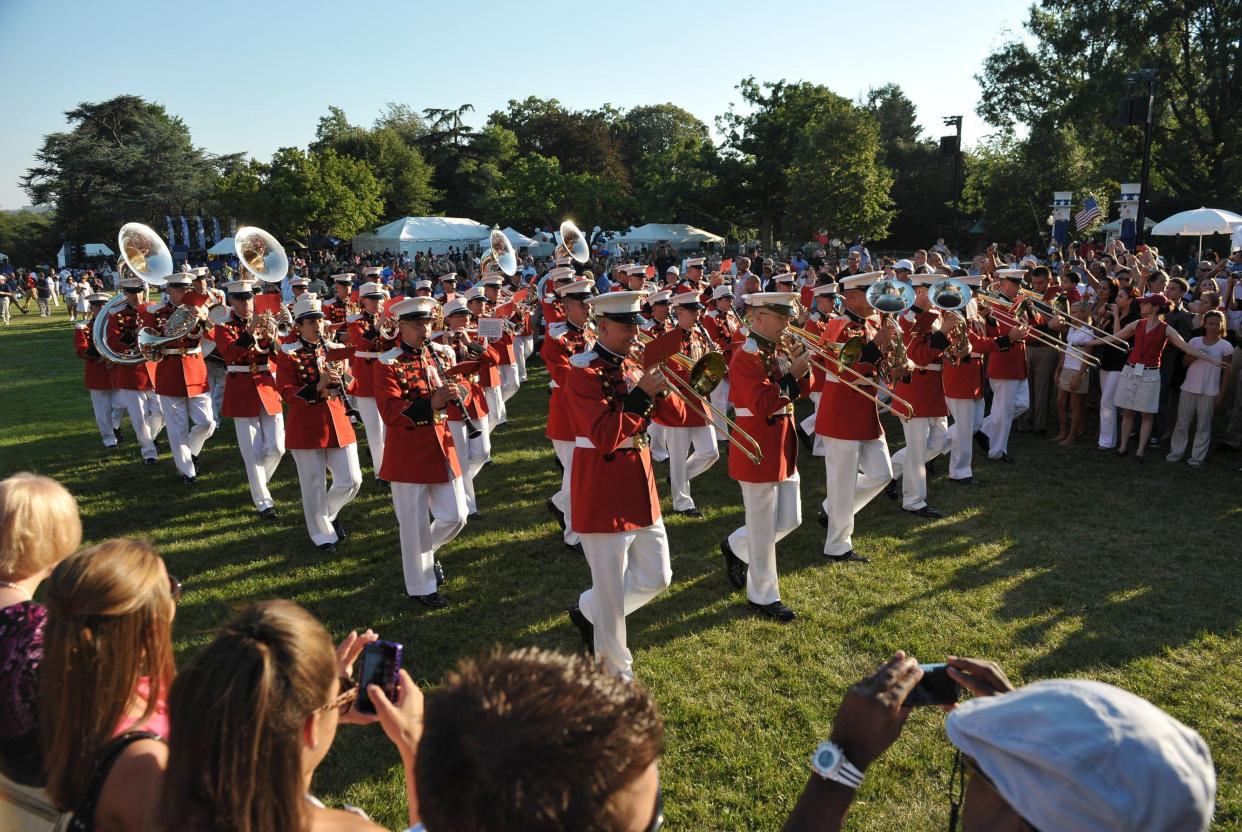 Often a familiar backdrop during events at the White House, the Marine Band has been an Independence Day fixture since the 19th century.

On July 4, 1825, President John Quincy Adams took in a Marine Band performance before listening to a recitation of the Declaration of Independence at the U.S. Capitol and receiving guests at the White House.

President Grover Cleveland appeared at a Fourth of July concert in 1886 with his new wife, Frances Folsom.

James K. Polk, the nation’s 11th president, was first to introduce the annual July Fourth fireworks display to Washington, according to the WHHA.

Beginning in 1845, Polk opened the White House to an Independence Day reception each year. During the inaugural event, temperance associations throughout Washington hosted dinners on the western grounds of the property. There were readings of the Declaration of Independence, speeches and the singing of temperance songs.

Guests viewed the evening fireworks show near the present-day Ellipse. A newspaper proclaimed that “nothing of the kind half so brilliant was ever before seen in this city.” The show ended tragically when spectators were struck by rogue fireworks, killing one and injuring about a dozen others. 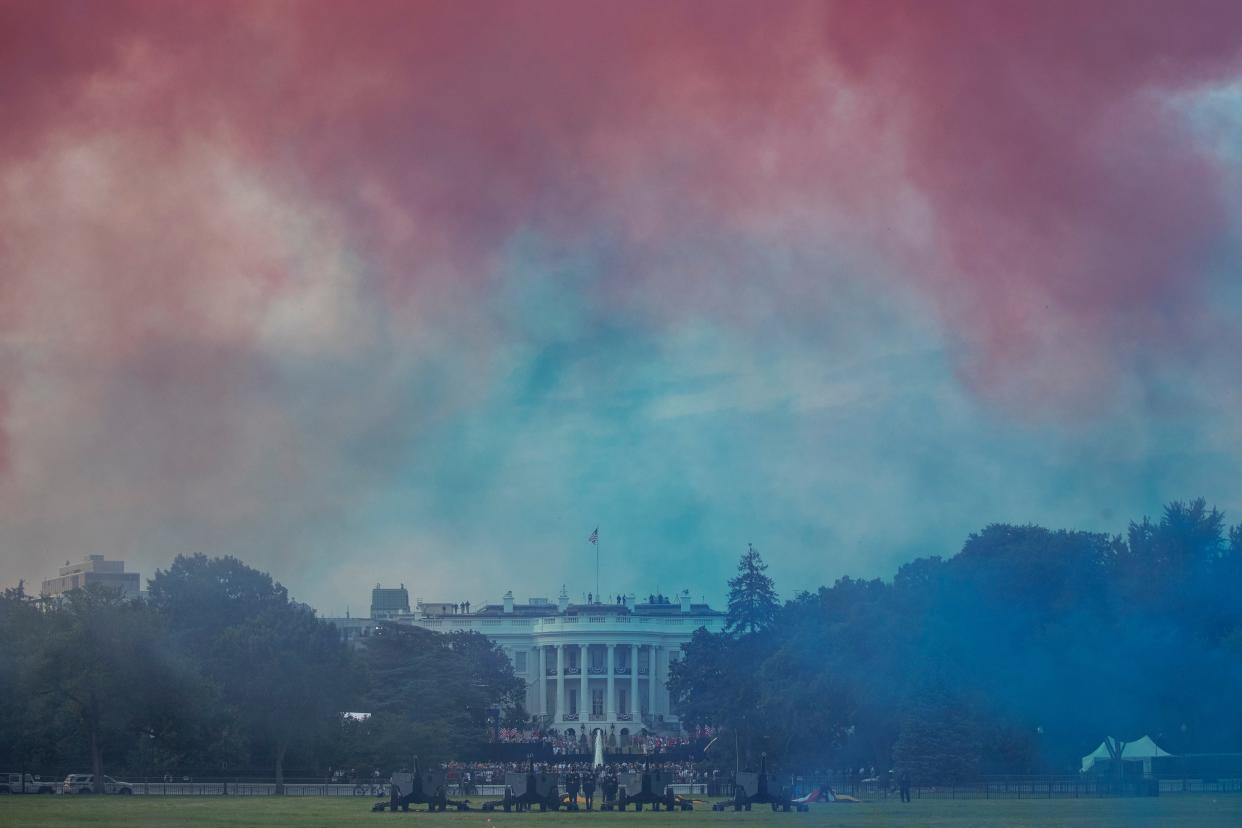 Veterans honored at the White House

It is not unusual for the president and his family to leave Washington around the July Fourth holiday. Despite his absence, President Richard Nixon invited a group of Vietnam War veterans and White House staff to celebrate the Fourth on the South Lawn in 1969. The guests reportedly enjoyed fireworks.

A more raucous event occurred the year after. In 1970, Nixon and his supporters planned a bipartisan “Honor America Day” rally on the National Mall to lift spirits amid the Vietnam War, as well as other social issues of the day.

Instead, the day was marked by demonstrations from protesters, some of whom jumped in the Reflecting Pool. In response, unidentified counterprotesters fired tear gas into the crowd, according to the Washingtonian.

President Ronald Reagan attended a traditional picnic and fireworks show on the White House South Lawn in 1981, according to the Ronald Reagan Presidential Library and Museum. The president had survived an assassination attempt months earlier. 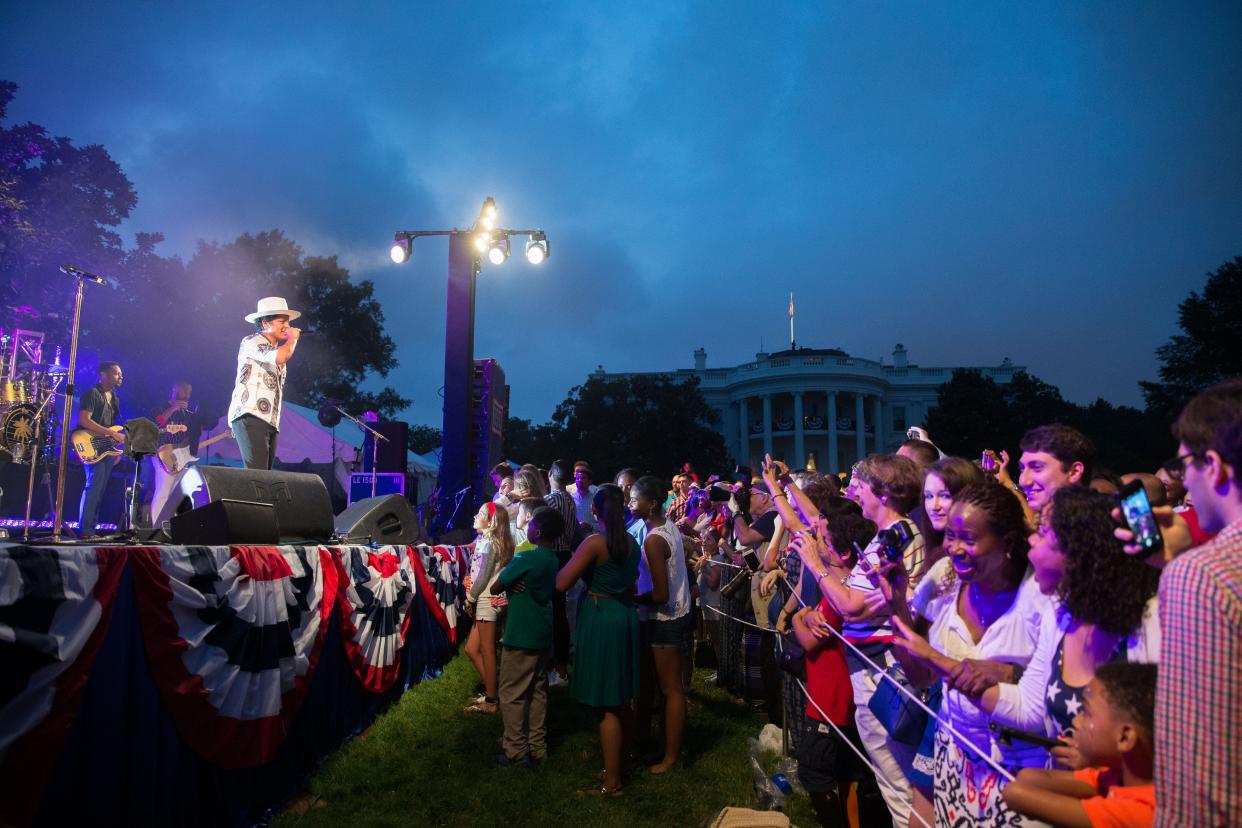 July Fourth was an opportunity for President Barack Obama to honor members of the U.S. military and their family members with an annual concert organized by the United Service Organizations. Thousands attended the events.

Obama kicked off the last Independence Day of his presidency in 2016 with a White House barbecue and a concert in the East Room. Rapper Kendrick Lamar and singer Janelle Monae performed for military members and administration staff. 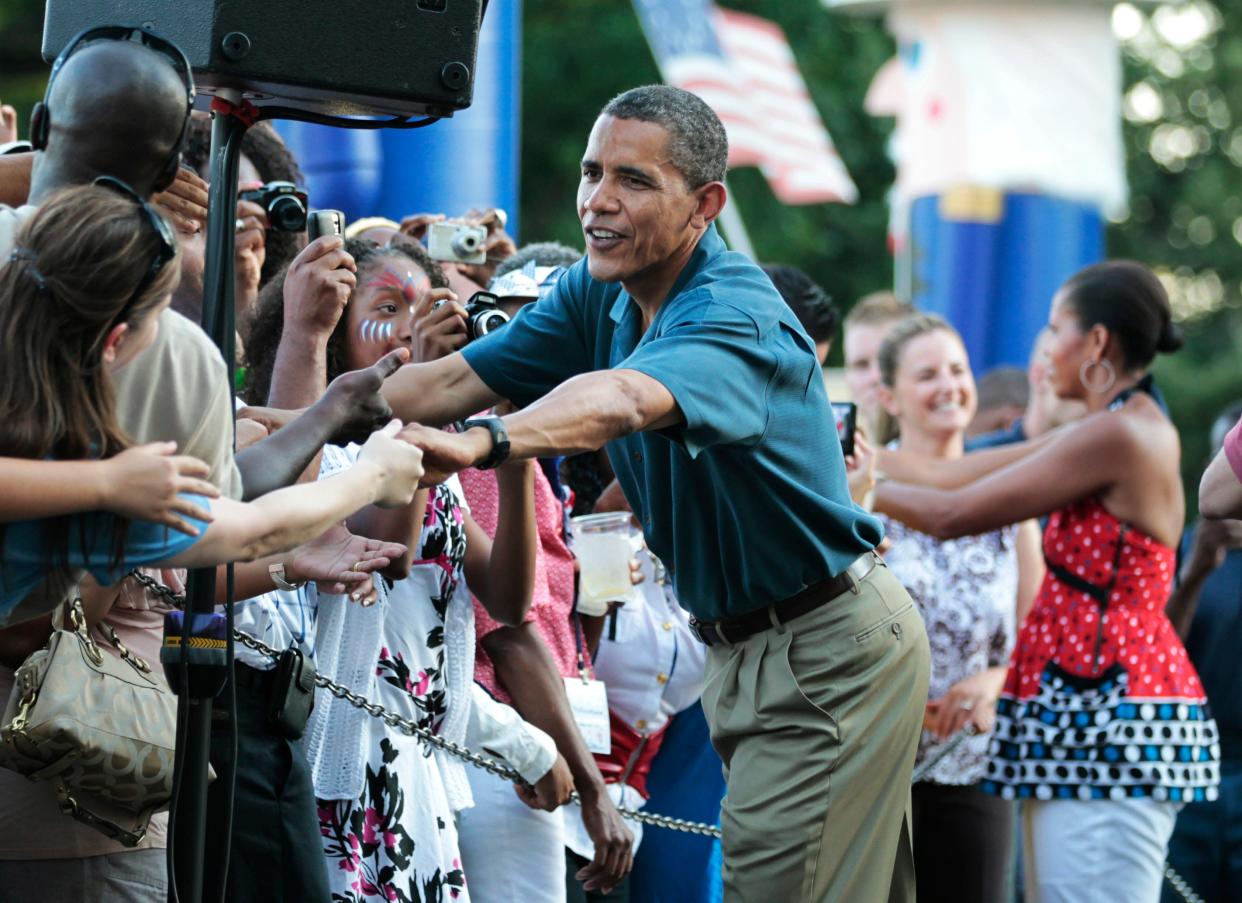 Amid a surge of coronavirus cases last year, President Donald Trump hosted a “Salute to America” at the White House to commemorate July Fourth. First responders, doctors and nurses were among guests invited to a gala on the White House South Lawn. A military band, flyovers, parachute jumpers and fireworks entertained attendees.

Despite warnings by public health officials to avoid large gatherings, Trump, first lady Melania Trump and many guests did not wear masks during the event.