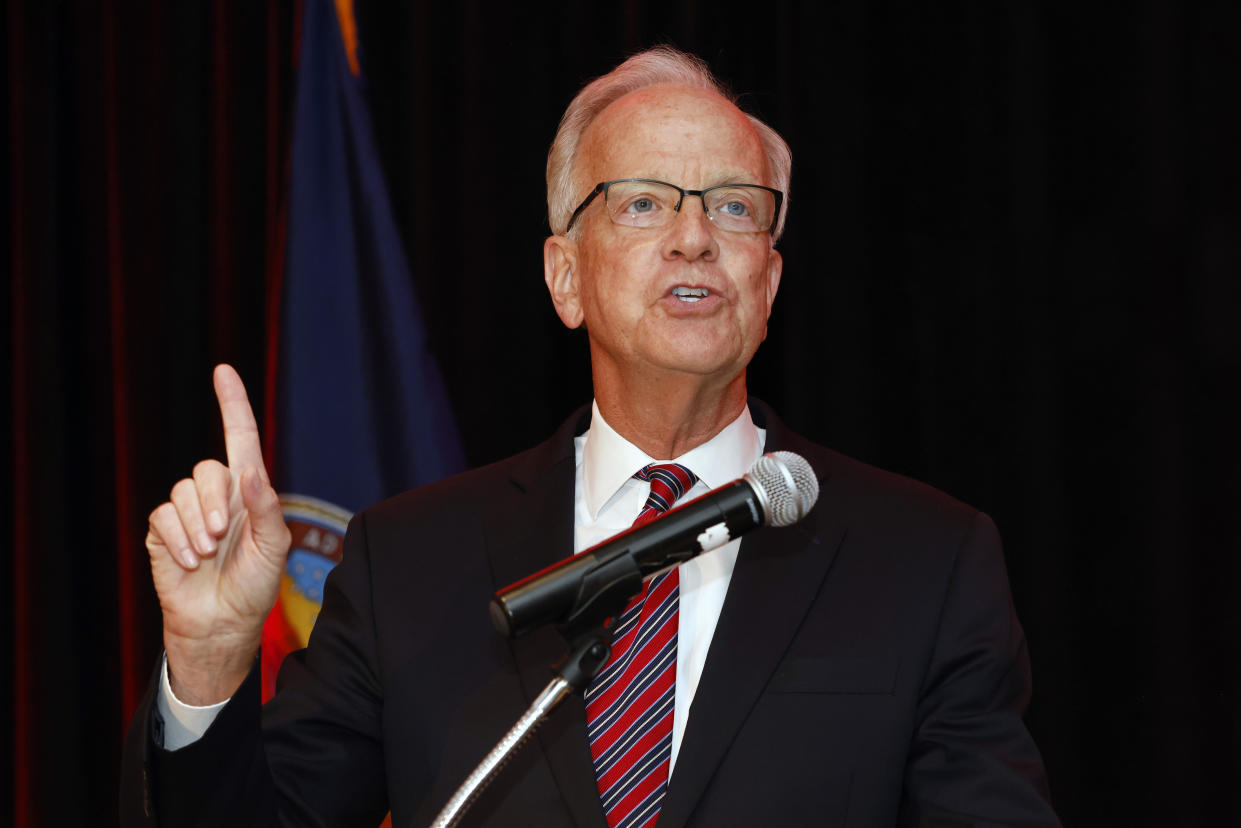 TOPEKA, Kan. (AP) — Someone scammed U.S. Sen. Jerry Moran's reelection campaign out of $690,000 by getting the Kansas Republican's accounting firm to wire the money to fraudulent bank accounts, his office said Monday.

Moran's campaign treasurer, Timothy Gottschalk, notified the Federal Election Commission by electronic letter Dec. 8 of “fraudulent activity by a third-party cyber-criminal.” The letter said that after the campaign notified a local sheriff's office on Nov. 16, eight days after the general election, the case was forwarded to the FBI and the Kansas Bureau of Investigation.

We are currently pursuing all avenues available to recover the money and there is an ongoing investigation with the FBI.Sen. Moran's spokesman, Tom Brandt

“As soon as a discrepancy was realized, it was reported to law enforcement,” Moran spokesman Tom Brandt said in an email Monday. “We are currently pursuing all avenues available to recover the money and there is an ongoing investigation with the FBI.”

The campaign's electronic letter to the FEC said that as of Dec. 8, the campaign had recovered $168,184. The letter was first reported by the RawStory website last week.

The FBI does not confirm or deny the existence of an investigation, said Bridget Patton, its spokesperson in Kansas City, Missouri. Representatives of the KBI and SRCP did not immediately return telephone and email messages seeking comment.

Moran won his third six-year term in the Senate in November with 60% of the vote against Democrat Mark Holland, a former Kansas City, Kansas, mayor. His reelection campaign raised more than $7.3 million and spent more than $5.1 million through Nov. 28, according to a finance report it filed with the FEC, also on Dec. 8.