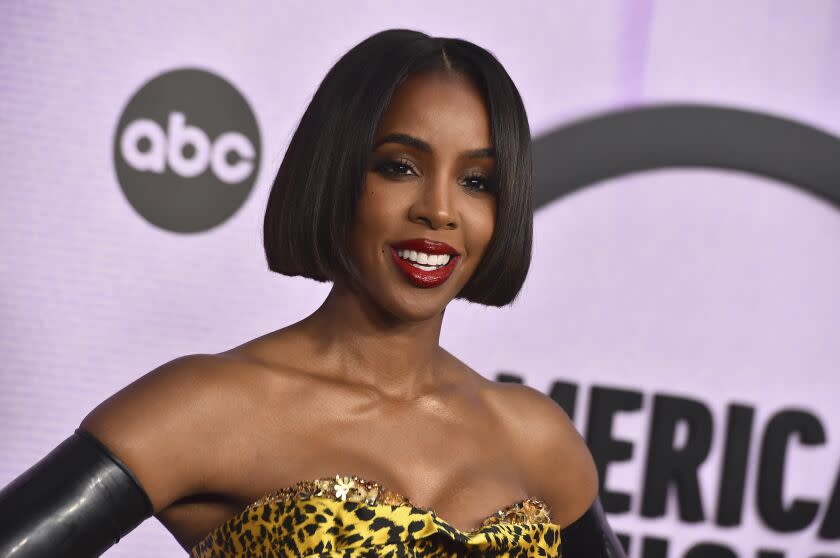 Kelly Rowland stood by Chris Brown at the American Music Awards on Sunday after his win elicited a mix of applause and boos from the crowd.

After presenting the award for male R&B artist at the Microsoft Theater in Los Angeles, the "Motivation" hitmaker accepted the prize on Brown's behalf. Brown — who released his latest album, "Breezy," in June — was not in attendance after the AMAs allegedly removed him from the performance lineup last minute.

Brown was nominated for male R&B artist alongside Brent Faiyaz, Giveon, Lucky Daye and the Weeknd.

"Excuse me — chill out," Rowland told the booing portion of the audience after announcing Brown's victory.

On Friday, Brown claimed via Instagram that his AMA performance — a tribute to Michael Jackson — was canceled "for reasons unknown." The "Under the Influence" singer shared footage from one of his AMA rehearsals, in which he dances along to various Jackson hits, including "Beat It," "Wanna Be Startin' Somethin'" and "Thriller."

Representatives for the AMAs did not immediately respond Monday to The Times' request for comment.

In 2009, Brown pleaded guilty to the felony assault of his then-girlfriend, Rihanna. The recording artist, who completed his probation sentence for that case in 2015, has been accused and arrested on charges of assault multiple times since then.

Elsewhere in the AMAs broadcast, Taylor Swift broke her own record for the most wins of all time; Pink and Wayne Brady paid tribute to the late Olivia Newton-John and Takeoff, respectively; and several artists mourned the victims of a Saturday shooting at a gay nightclub in Colorado Springs.

Below is a full list of this year's AMA winners.

Artist of the Year: Taylor Swift

Music Video: “All Too Well: The Short Film” by Taylor Swift

Pop Song: “As It Was” by Harry Styles

Country Song: “Wasted on You” by Morgan Wallen

Hip-Hop Song: “Wait For U” by Future featuring Drake and Tems