Kwasi Kwarteng is bringing forward his growth plan and the OBR forecasts to Halloween after pressure from Tory MPs.

The Chancellor declared the date for the fiscal event will be moved up from November 23.

The absence of the watchdog’s assessment of the finances was partly blamed for the panicky market response to the mini-Budget last month.

Crucially the change means that the growth plan and the OBR analysis will be published before the Bank of England holds its next interest rates meeting in early November.

It is second major U-turn for Mr Kwarteng just a month into his time in No11, after he dramatically dropped plans to abolish the 45p top rate of tax. Liz Truss also faces backtracking on the idea of a real-terms cut to benefits, with Tories up in arms.

Treasury Committee chair Mel Stride was among those welcoming the shift in the fiscal event date today, suggesting it could ease the pain for home owners.

‘If this lands well with markets then MPC meeting on 3rd Nov may result in smaller rise in int (interest) rates. Critical to millions of mortgage holders,’ he tweeted.

The news broke shortly after the Bank of England unveiled further measures to ensure an ‘orderly end’ to its emergency gilt-buying programme, which was launched after market turmoil left the UK on the brink of a financial crisis. 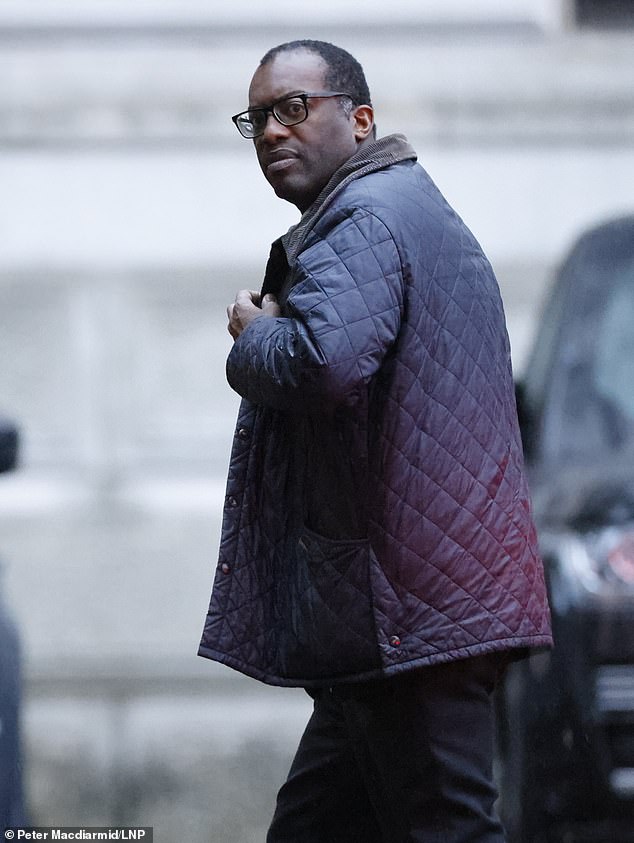 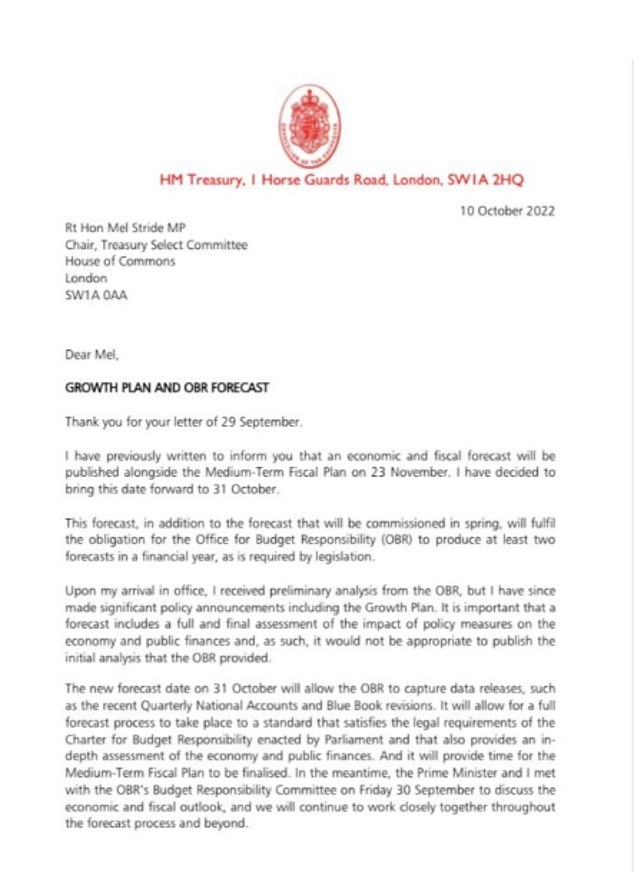 The Bank said it will double the daily limit on its gilt-buying programme to £10 billion as the scheme draws to a close ahead of Friday’s cut-off.

It said it has so far bought only around £5 billion of UK Government bonds under the £65billion programme launched late last month, when it stepped in to avoid ‘widespread financial instability’.

The central bank was forced to intervene with emergency action when the mini-budget market chaos caused the pound to tumble and yields on gilts to soar, which left some pension funds across the industry close to collapse.

It laid bare the scale of the woes last week when it said the scheme helped the UK narrowly avoid a market meltdown caused by concerns over the Chancellor’s £45 billion unfunded tax cuts, which threatened to spill over from the pension industry throughout the wider financial sector.

The market turmoil had forced pension funds to sell UK Government bonds to head off worries over their solvency, but this was threatening to see them suffer severe losses and was creating a downward spiral in gilt prices as more were offloaded.

Investment banks made calls on so-called liability driven investment (LDI) funds, which in turn called on pension funds, which were forced into a fire sale of gilts, driving prices still lower and yields higher.

Treasury Committee chair Mel Stride was among those welcoming the shift, suggesting it could ease the pain for home owners

The Bank said its move to step in on September 28 was designed to allow LDI funds to address risks to their financial resilience – and raise needed collateral – by immediately sending gilt yields lower.

It said on Monday these funds ‘have made substantial progress in doing so over the past week’.

But there have been fears there could be a return to pension fund woes when the scheme ends on October 14.

The Bank said it will take a number of extra measures ahead of Friday’s deadline for its bond-buying programme, including a scheme to allow banks to help ease liquidity pressures facing their client LDI funds through liquidity insurance operations, which will run after the end of this week.