One of the “most significant reports” ever released by Victoria’s Office of the Public Advocate will recommend that every person entering Australian prisons be screened for cognitive disabilities – a move it says will trigger support for thousands of at-risk people, reduce recidivism rates and, ultimately, change the justice system forever.

It is one of 25 recommendations contained in Decision Time: Activating the rights of adults with cognitive disability, which has been three years in the making and would, if implemented by state and Commonwealth governments, make Australia the “gold standard” for disability rights internationally, Public Advocate Dr Colleen Pearce said. 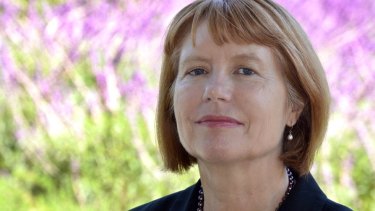 Dr Pearce, who will release the reform agenda on Monday, will also call for guardianship laws to be amended so parents of cognitively impaired adults have easier access to important information about their child’s health and care requirements.

Under current laws, parents must apply to civil and administrative tribunals to win the right to such information about adults, even if they have been their child’s sole carer since birth.

Another notable recommendation calls for greater powers for Australian public advocates and public guardians to commence “own motion” investigations into potential cases of abuse that may not fall under the obvious remit or experience of police and ambulance services.

This would include suspected cases of elder abuse, which a 2016 study from the Australian Institute of Family Studies estimated could be happening to between 2 per cent and 14 per cent of older Australians in any given year.

A common example of elder abuse involved family members draining money and assets from an impaired parent too frightened, or unable, to make a complaint, advocates said.

Dr Pearce said the proposed reforms would “revolutionise” life for the 4 millions Australians living with a disability.

However it is the prison system in particular that has long been criticised by advocates and academics as being in most urgent need of serious reform.

A 2015 report from the Victorian ombudsman found 40 per cent of the local prison population likely suffered from a mental health issues and were 10-15 times more likely to have a psychotic condition than the general population.

An earlier study from RMIT’s Centre for Innovative Justice suggested more than 40 per cent of men in prison and more than 30 per cent of women had an acquired brain injury.

However, the true extent of the crisis is unknown because most prisoners entered the system without being assessed.

Mandatory screening for cognitive impairments would trigger National Disability Insurance Scheme support, such as psychiatric care and counselling, for thousands of prisoners entering and leaving facilities who may have never received help in their lives.

It could also include life skills training inside and outside prisons to facilitate independent living once people moved back into the general community, therefore helping to lower recidivism rates, advocates said.

“Most prisoners in Australia have a cognitive disability such as an intellectual disability, autism, acquired brain injury, dementia or mental illness and, as such, they need adequate support during their sentence,” Dr Pearce said.

“By implementing the recommendations in this report, Australians with disability, including those in prison, will have their rights better met and Australia will be better able to meet its obligations under the United Nations Convention on the Rights of Persons with Disabilities to which it is a signatory.”

Victoria’s Office of the Public Advocate is the statutory body empowered to protect the rights of people with disabilities.