Los Angeles Lakers star LeBron James would rather be playing basketball right now. Instead, James is sitting at home watching other teams try and win it all.

James made it clear Friday he's not a fan of that arrangement. James, 37, vowed to never again miss the postseason, saying, "This s*** HURT."

I can/will NOT miss the post season again for my career! This shit HURT. Ok back to watching these games.

James has appeared in an astounding 266 playoff games in his career. He's only missed the postseason four times over his 19-year career. Two of those seasons have come since James joined the Lakers.

James is under contract with the Lakers for one more season. James has talked about finishing his career with the Lakers. It's possible that changes if the team fails to make the playoffs next year.

Though James is missing out on playing games right now, he seems to enjoy watching them. James has provided commentary throughout the first round of the NBA playoffs, tweeting about strong performances. He's proved to be the kiss of death, as many of the people or teams James highlighted have lost.

Given James' competitive nature, it can be assumed James is sitting at home brainstorming on how to prevent this situation from occurring again. James battled injuries during the 2021-22 NBA season, but when he was healthy, he proved he's still one of the best players in the NBA. 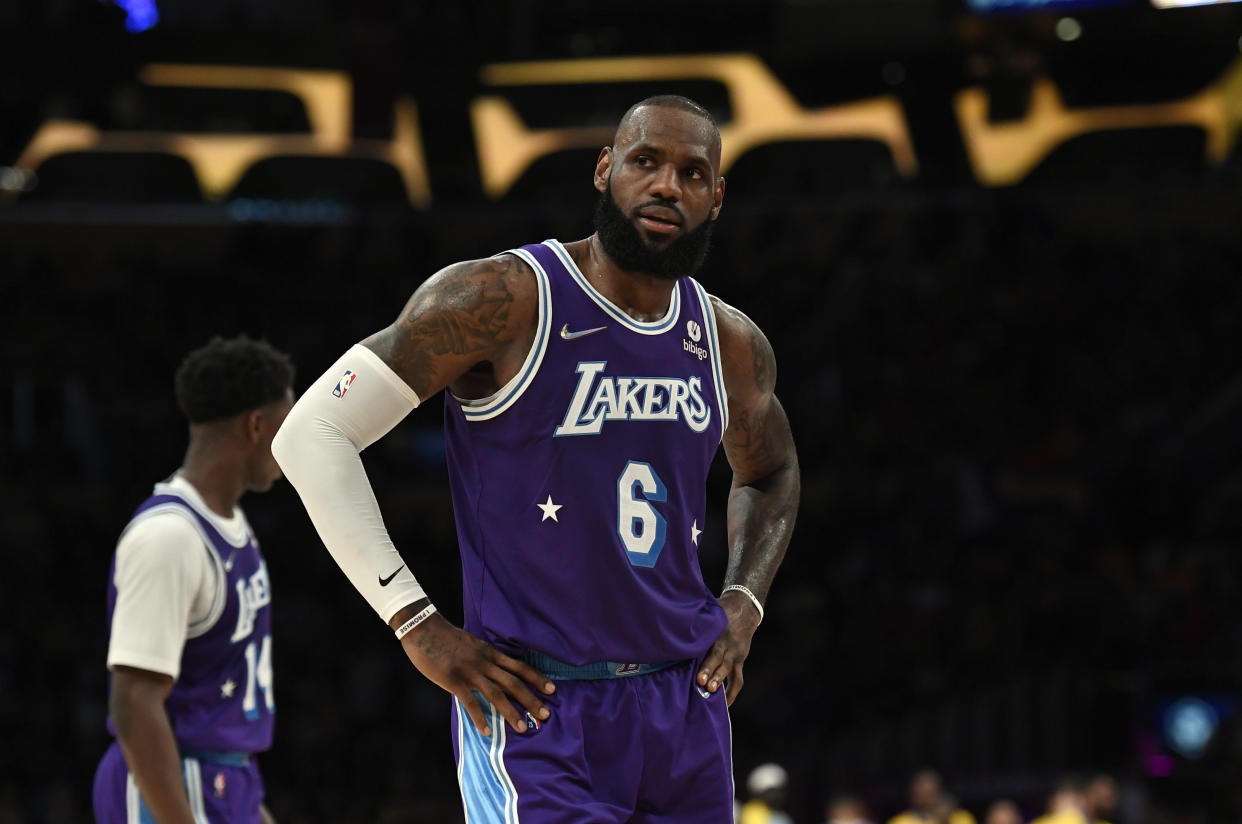